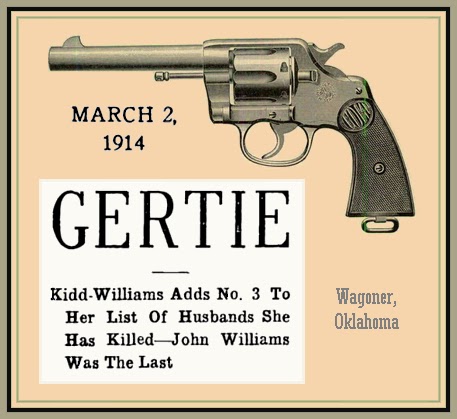 FULL TEXT: Wagoner. March 2. – Gertie Kidd-Williams shot and killed her husband John Williams in their home here Saturday night. This is the third husband Gertie has killed. She is a negress with quite a reputation for shooting both in Muskogee and Wagoner counties.

There was a gathering of negroes at the William home A dispute arose between the woman and her husband and it is alleged he picked up a stove leg and started towards her with it, when she whipped out her trusty husband killer and shot him dead. The bullet entered just beneath his chin and went through his neck.

It was also reported here that a negro named Dee had been fatally hurt in a fight at Gibson Station last night but the officials have been unable to get any further information. 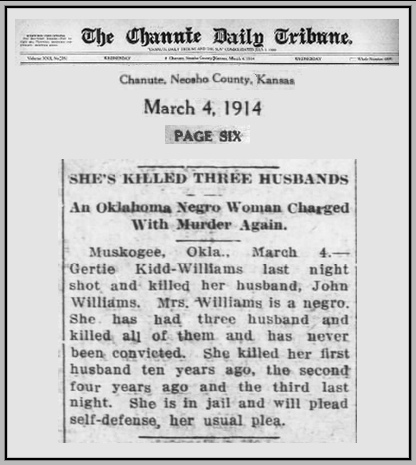