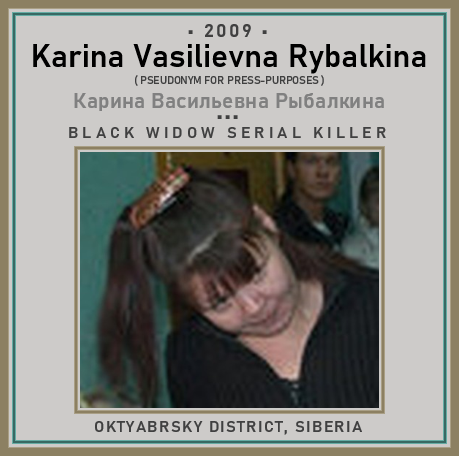 Following is a painfully garbled automatically translated text, which until the original Russian text can be located and properly translated will serve as a temporary record of the case.

“Karina Rybalkina” is a pseudonym for the woman who, at the age of 43, was convicted for her third husband-killing, the first occurring in 1992. All three murders were, according to her statements committed in a drunken state, with a kitchen knife as her weapon.

FULL TEXT (Auto-translated from Russian): In the walls of the court, Karina Rybalkina (name and surname changed - Ed.) Already feels at home, except that she hides her face from cameras. As if afraid that after he was once again released, the suitors would bypass her. And no wonder: a lady in her 45 years had already managed to kill three of her husbands! She dealt with everyone according to the same scheme - a kitchen knife. Today, in the court of the Oktyabrsky district, they heard the case of the last victim of the "black widow".

“Karina Vasilievna stabbed her roommate Nikolai Gubin,” says state prosecutor Lilia Pavlova. “Everything from the fact that she was jealous of her own daughter.” Slaughtered as well as his two previous spouses. Here again, and came under investigation.

In a word, Karina Vasilievna is that fatal woman. Judging by the materials of the criminal case, her whole life is spent in wedding chores, a short and stormy marital bustle and "rest" behind bars. And it all started on Easter in 1992 ...

~ Killed in front of children

... On the occasion of the holiday, Karina and her first husband drank. They drank quite a few, so the husband passed out and fell asleep. Karina was not up to sleep, and she decided to take a walk, and at the same time walk the dog. On the street, she scandalized with a neighbor who was also a fellow on the occasion of Easter. Karina's screams forced her husband to run out into the street. Only the "impudent" got both a cheeky neighbor and a wife. Having given all the cuffs, the husband again went to bed. Karina, her husband’s behavior hurt, she threw another scandal from the threshold. A stool-knife fight broke out, in which the missus of the beginning “black widow” fell dead before the eyes of young children. Karina at her first trial in her life said:

“I don’t remember how she killed, maybe he stumbled on a knife himself, because they were drunk ...”

Then Karina was sentenced to 4 years in a maximum-security colony. But she still didn’t get better when she was released - she grabbed the knife again ...
“That's all she is Karina ...”

Karina did not grieve for the murdered husband for a long time and as soon as she was released, she immediately found a new soul mate - Gennady (name changed ethically
considerations - Approx. Auth.).

However, she did not live soul to soul with him for long. On Halloween night (you only appreciate the coincidence!), Karina stabbed her new husband with a kitchen knife. That evening, three friends were visiting them, and it seemed that the devil had beguiled Karina - even with her living second husband, she began to flirt immediately with all honest company. Gennady did not suffer this - another scandal began. The guests gathered up, and Gennady went to accompany them. And Karina ran to the kitchen ... for a knife. When the police arrived, the bleeding man only wheezed:

At the trial, Karina did not differ in originality and said the same thing as in the first:

“I don’t remember how I killed.” She was drunk.

She was given 10 years. Children - then still small, Olya and Kostya were sent to an orphanage. “She killed her husband by being jealous of his daughter”

Recently, Karina was released again and found a husband in the person of Nikolai Gubin. Joint drinking parties, scandals, quarrels - all this was the everyday life of the newly-appeared cell of society. Together with Karina and Nikolai, the daughter from Olya’s first marriage also lived. It was because of her that all this mess was happening. The police only managed to leave for the house on the street Knitted, where this strange family lived. Now Karina will attack her daughter, then Olya will be attacked by her brother Kostya with a knife and words

- Do not ruin the mother’s happiness!

Mom suspected Olya of a relationship with her lover Nikolai and could not calm down. Just before the new 2009 year, the situation became quite tense. Karina and Nikolai drank, after which the “black widow” again picked up a knife and stabbed herself because of her husband’s stupid jealousy. Then she ran to her daughter - and stabbed her with a knife. The girl survived, but the next husband of the "black widow" - no.

... At the trial, Karina did not plead guilty to the murder of her third husband, claimed that Olga had killed Nikolai, and then wounded herself in the chest so that the suspicion would not fall on her. However, the prosecutor's office has a different opinion.

“This is a clear relapse,” says state prosecutor Lilia Pavlova. - Being intoxicated, Karina Vasilievna once again dealt with her husband. We will ensure that the defendant is convicted to the fullest extent of the law.

After all, even the servants of Themis admit: it’s scary to think how many more husbands this woman will torture and kill. The psychological and psychiatric examination once again showed that Karina is sane until she drinks ... 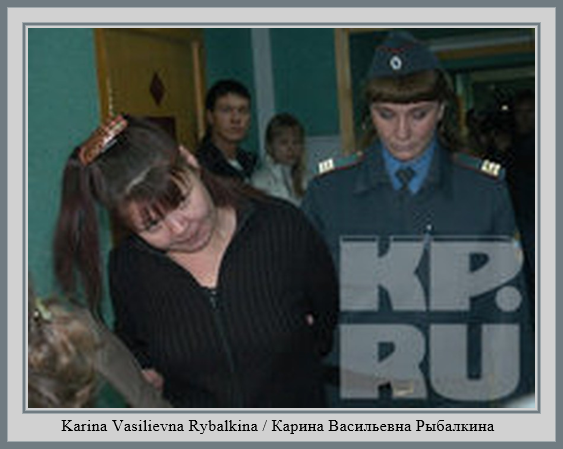 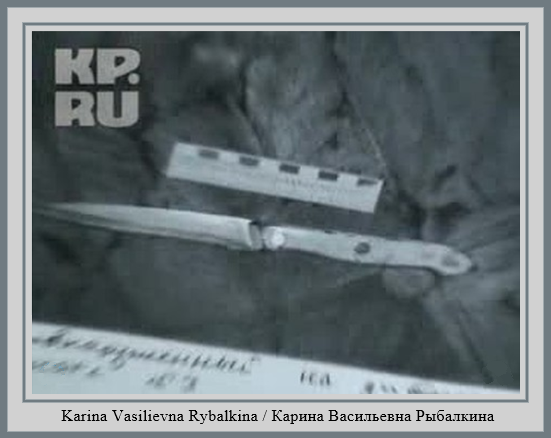 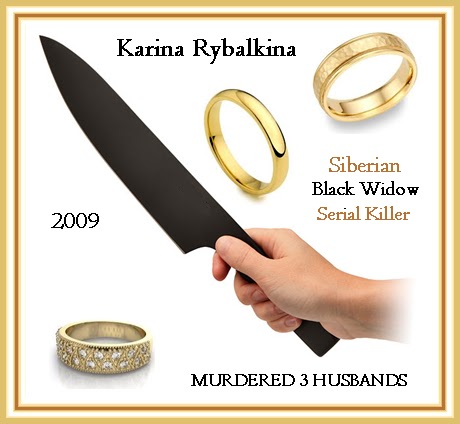