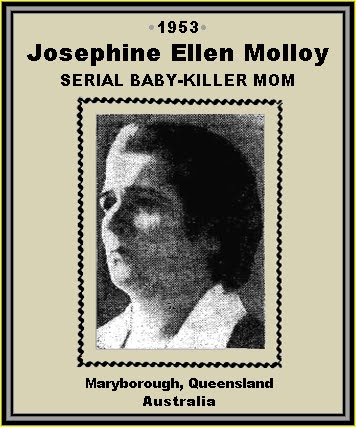 Carsburg also appeared on remand charged that he, about February 13, 1946, knowing that Molloy had committed the crime, assisted her in order to enable her to escape punishment.

On the application of the police prosecutor, Sub-Inspector C. E. Risch, Mr. A. E. George, S. M., remanded Molloy and Carsburg on all charges until January 29. 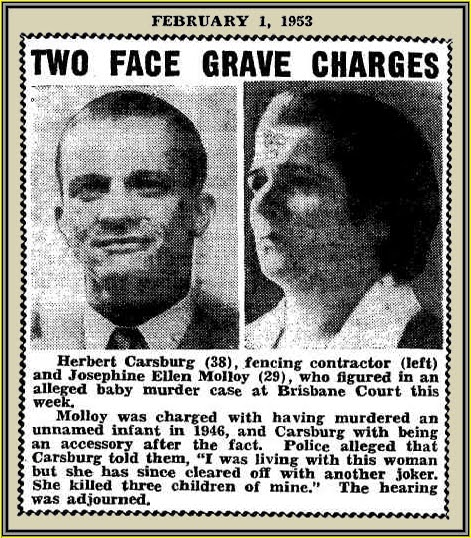 ***
FULL TEXT (Article 2 of 3): “Oh, no! Not That!” screamed Mrs. Josephine Ellen Molloy from the dock of Brisbane Criminal Court on Wednesday when she was sentenced to life imprisonment for the wilful murder of her child. Mrs. Molloy fell back into a corner of the dock, sobbing bitterly, then slumped forward with her face buried in a handkerchief.

She was still sobbing when she was led away to the cells. A jury took only a little over half an hour to her own tiny baby at Cleeve Station, near Longreach, on April 16, 1951.

When the trial had opened, a 38-years-old fencing contractor, Herbert Carsburg, had stood alongside Mrs. Molloy, charged with being an accessory after the fact. Later, however, Mr. Justice Stanley ordered that Carsburg should be given a separate trial, and he was remanded to the next criminal sittings com mencing tomorrow.

Det. Douglas Edward Dux said in evidence Cars burg told him in Rockhampton on December 17, 1952: “The woman I was living with has cleared off with another joker. She killed the three kids we had when they were babies.” That, said Dux, started investigations and it was found that three babies had been born to Molloy and disposed of.

FULL TEXT (Article 3 of 3): A woman under life sentence for baby murder yesterday watched a man given 10 years’ hard labour for helping her hide the crime.

Once they lived together.

Molloy looked up at the Criminal Court gallery and smiled as a wardress led her down the stairway to the cells. Many women were in the gallery.

Carsburg had pleaded not guilty to a charge that on or about April 16, 1951, at Cleeve Station, near Longreach, knowing that Molloy had committed wilful murder, he assisted her to enable her to escape punishment. The jury took 15 minutes to find him guilty.

Mr. B. M. McLoughlin (for Carsburg) said that for several years before the war Carsburg was a professional pugilist. This might have left an effect on him.

The Crown Prosecutor (Mr. R. F. Carter) said Carsburg was married and living apart from his wife. The two children of the marriage were dead.

After the court was adjourned, Carsburg stepped out of the dock and lit a cigarette. He shook hands with Mr. McLoughlin before he was led down to the cells. Mr. McLoughlin was instructed by Nicol, Robinson, Palu and Kidd. 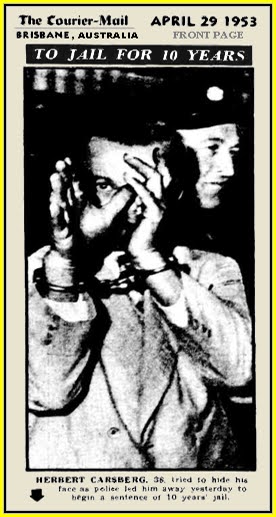 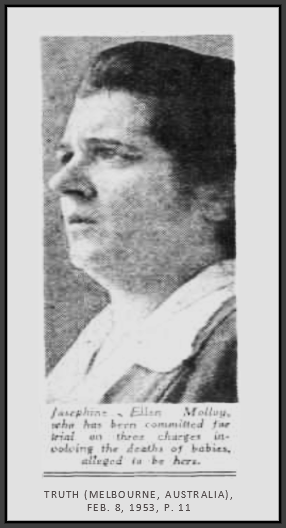 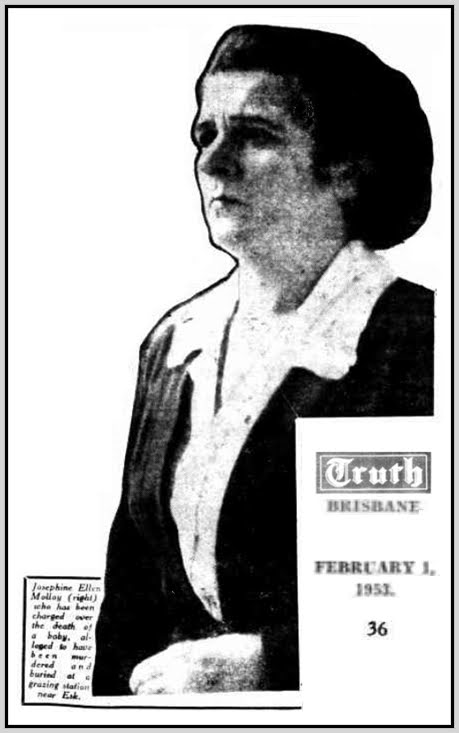 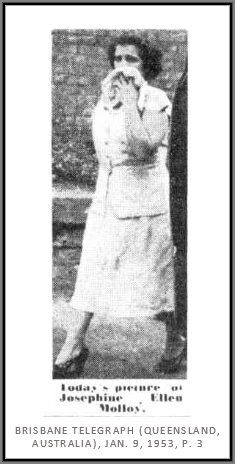 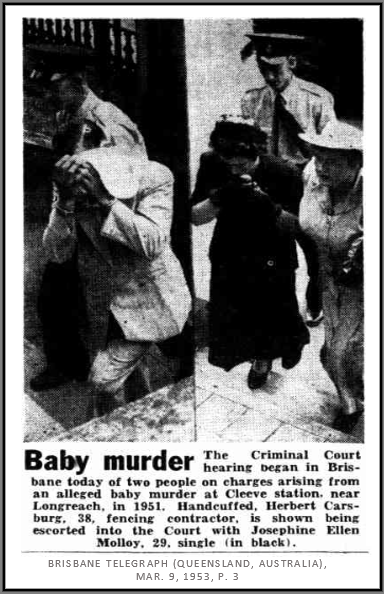