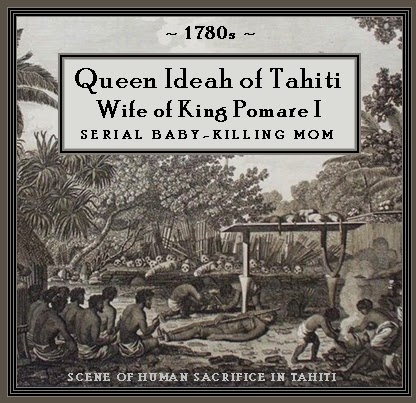 In 1788 the Kingdom of Tahiti was established with Pomare I as its first ruler. His Queen was Ideah.

Following is an extract taken from a missionary account.

EXCERPT: Mr. Bromhall lost his case of surgical instruments, and when he inquired for them, they were all returned by Ideah, except two small saws, which were afterwards found in her possession. It was presently ascertained that she was in the habit of setting her servants to steal for her. She was, in every respect, a bad woman. She murdered three of her infants, after Pomare had said he would put a stop to the custom. She had also promised that the Missionaries' wives should have her next child to bring up; instead of keeping her promise, she killed it, and then came to bring the Missionaries a great present of food, which they would not accept, as they wished to convince her of the sinfulness of her conduct. She was highly offended, and said she had a right to do what she chose with her own children. The character of this Tahitian queen will not rise in the estimation of you young ladies, by learning that she was a great warrior, and one of the best wrestlers on the island; and in their wrestling matches she was generally mistress of the ceremony. She was also a famous swimmer; the natives were all fond of the water, as it is one of their favourite amusements almost from their infancy. They were also fond of dancing and music, and in these the queen could take the lead. 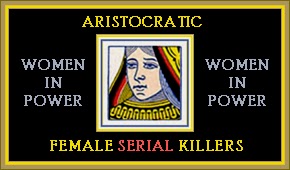