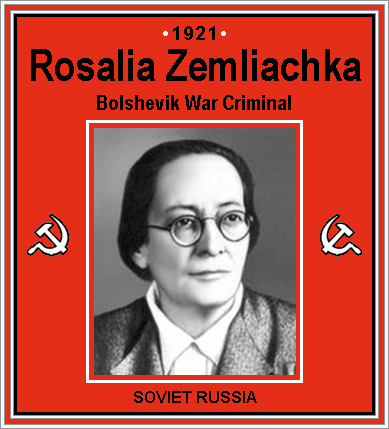 She was a Bolshevik revolutionary, Soviet politician and stateswoman. She is best known for her involvement in the organization of the First Russia revolution, and along with Bela Kun, as one of the organizers of the atrocities of the Red Terror in Sevastopol, Crimea in 1920-1921, directed against former soldiers of the defeated White Army.

According to some accounts, Rosalia Zemliachka and Hungarian Communist leader in exile Bela Kun, looted gold reserves in Crimea and built up enormous wealth for themselves. It is said that Kun would rape the female victims of his mass execution campaigns before having them murdered.

Rosalia Zemliachka and Bela Kun organized, according to some counts, the murders of 8,364 people in Sevastopol during the first week of November 1920. All told, 50,000 so-called “enemies of the people” were murdered in the Crimea, according to official sources (12,000 in Simferopol, 9,000 in Sevastopol, 5,000 in Yalta).

“In Sevastopol people were not just shot but hanged, hanged by dozens and even by hundreds,” Nakhimov Prospect [a major street] was lined with the corpses of the hanged … people arrested on the streets and hastily executed without trial.” Terror in the Crimea continued through 1921. [“Chapter 16. During the Civil War,” Adam’s Blog, Oct. 15, 2010; source: Там же, p.113.]

Rosalia Zemliachka received the Order of the Red Banner for her service to the Bolshevik cause. She eventually became the party secretary of the Kremlin and, in 1939, vice-chairman of the Council of People’s Commissaries (that is: deputy prime minister).

[This post is based on Wikipedia and other sources] 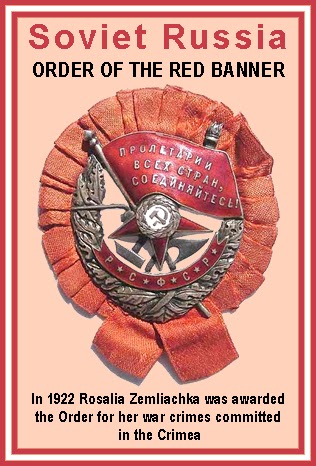 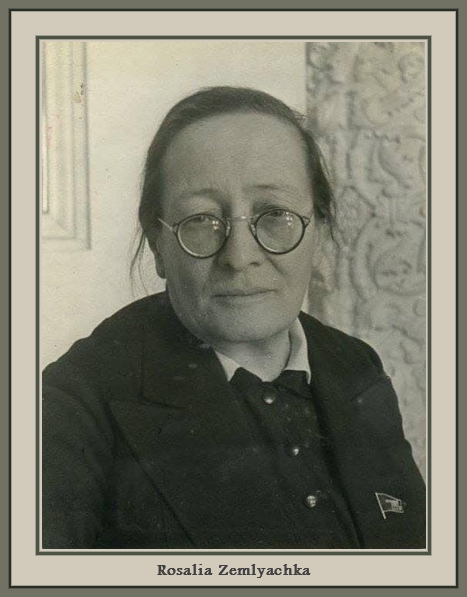