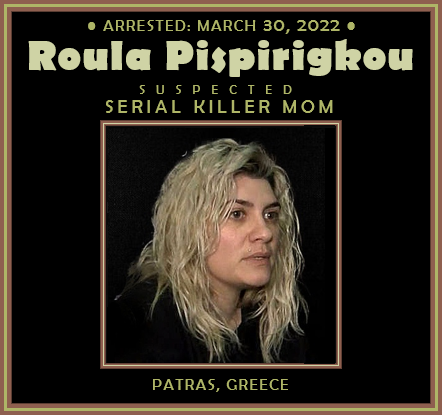 In addition to being suspected of murdering her three daughters, Roula Pispirigkou is being investigated for the possible murder of her landlady, Eugenia Koutra (67).

The police report charging Pispirigkou with the murder of her eldest daughter Georgina in 2022 includes details on how the authorities came to the conclusion that the 33-year-old mother is the central figure of the criminal investigation.

The report was given to the Prosecutor’s Office on Thursday following her arrest in the city of Patras on Wednesday [March 30] on murder charges.

Georgina’s death in 2022 had been preceded by those of her six-month-old sister, Iris, in 2021 and of her 3.5-year-old sister Malena in 2019 and sparked the onset of investigations into the cause of death of all three children which had baffled doctors.

Toxicological and histological tests revealed the presence of ketamine, reportedly not prescribed by any doctor, in the nine-year-old.

~ Pispirigkou asked for a single room and enquired about security cameras ~

According to the police report, Georgina developed nine serious health episodes from April 8, 2021, a few days after the death of her sister Iris, until her own death on January 29, 2022.

The nine episodes took place at the Patras Hospital and the Aglaia Kyriakou Children’s Hospital in Athens. They all occurred when Georgina was under the supervision of her mother without the presence of another relative.

“These episodes are characterized as sudden and, on two occasions, a pacemaker was activated,” the police report says.

The report adds that when Georgina was admitted to the Aglaia Kyriakou Children’s Hospital, the accused asked the doctor on duty to be placed in a single room with her daughter. She also inquired about whether there were security cameras in the room, justifying her interest as fear of theft.

Georgina’s father was in the hospital on the first night of treatment in the child’s room while the mother was alone on other days.

~ Mother asked to administer drugs to Georgina herself ~

On the day of Georgina’s death just before 2:30 p.m., one of the nurses witnessed  the mother approaching the nurses’ office as if she were looking for a nurse. Her movements and the fact that she did not call for help gave the nurse the impression that she would ask for a wipe or towel.

In approaching the nurse, the mother uttered something in a low voice that the nurse was unable to comprehend. When the nurse realized that the child had another episode, she informed the doctor on duty, and in a few seconds, they were in the child’s ward.

Upon entering the ward, the doctor and the nurse realized that Georgina was cyanotic and could not breathe. She was intubated, but passed a little later.

The police report concludes that the final episode progressed rapidly and that none of the doctors or nurses administered ketamine to the child.

It is noted that the mother was always present and by the child.

On January 28th, one day prior to the child’s death, the mother reportedly told doctors “these episodes you saw are nothing. The big episode has not happened yet.”

The report notes that “the words of the accused made little sense to the doctors because from the data they had, nothing foretold a big episode.”

Finally, it is pointed out that “when the last episode took place, the accused was calm during the desperate attempts of the doctors to save the child.”

Pispirigkou was brought before an Athens examining magistrate on Thursday. She requested and received an extension to testify and was transferred back to the Attica General Police headquarters in Athens where she will be detained until her testimony.

[Tasos Kokkinidis, “The Damning Evidence Against a Mother Charged with her Child’s Murder,” Greek Reporter, April 1, 2022] 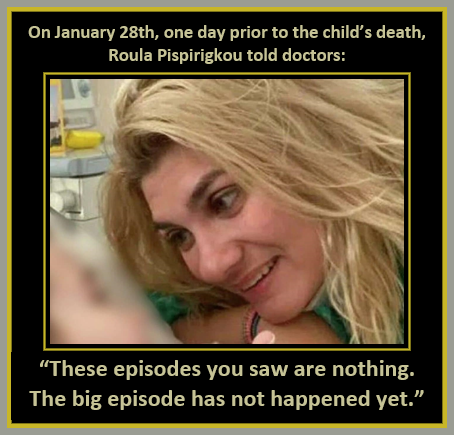 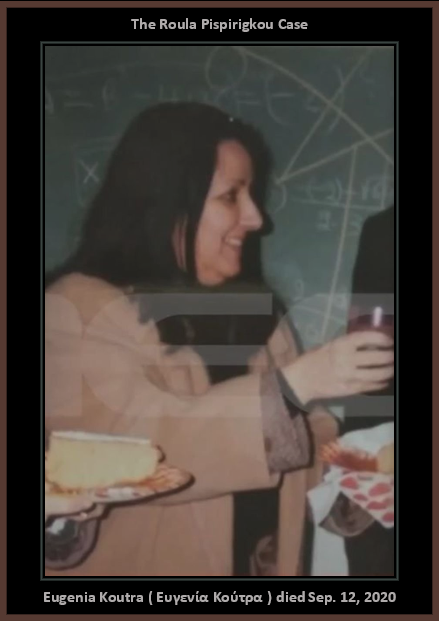 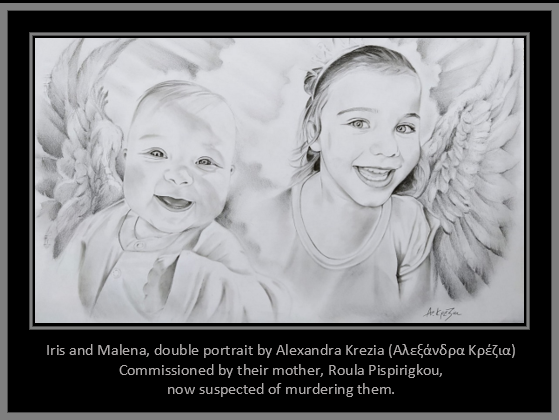 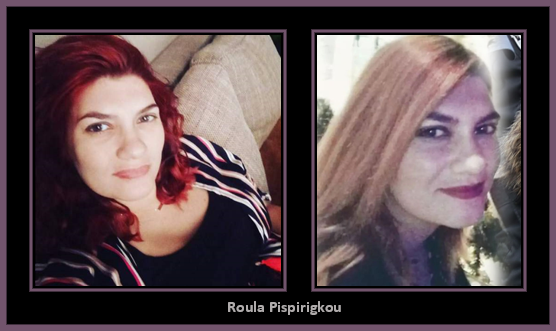 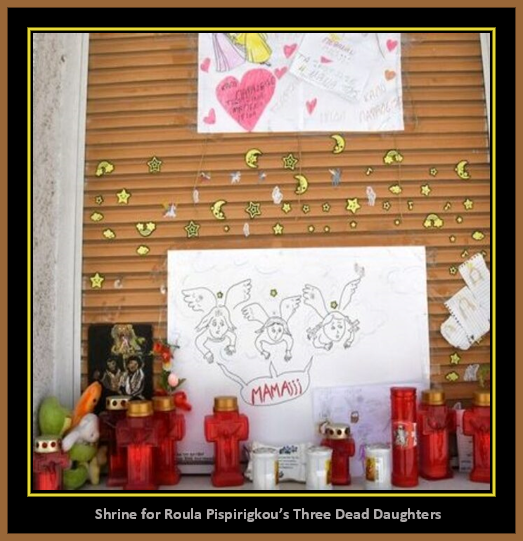 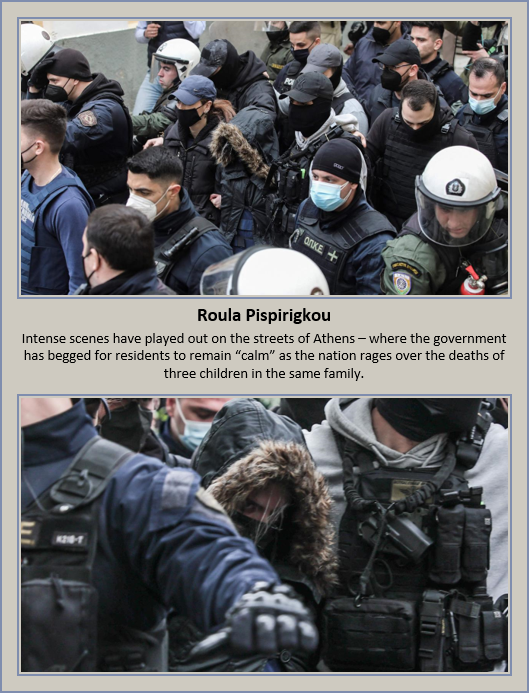