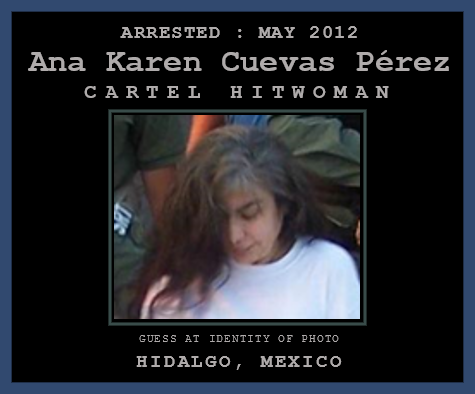 EXCERPT: “Las Cachorras” [“The Puppies,” a group of assassins within the Los Zetas Cartel] would have been founded in 2010 by Ana Karen Cuevas, who was then a partner of Hernán Ramos "La Calaca", who became head of the Zetas plaza in the state of Hidalgo. Cuevas was arrested in 2012, accused of having the function of kidnapping and murdering, along with Verónica Nájera, all the enemies of the cartel.

EXCERPT: According to the FGR, among the most bloodthirsty of “Las Cachorras” is Ana Karen Cuevas Pérez, who was arrested in May 2012, in the state of Hidalgo. Ana Karen Cuevas was a romantic partner of Hernán Ramos, the plaza boss of Los Zetas in that entity, and his main function was the hired killer. 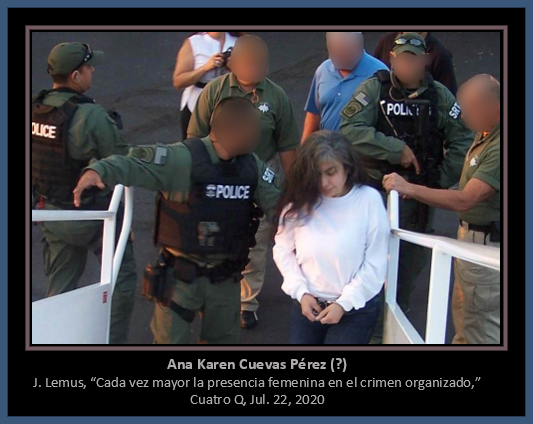