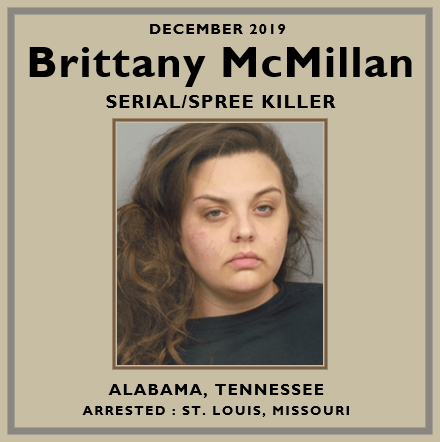 FULL TEXT: A man and a woman charged with killing one woman and kidnapping another in Alabama, and a string of crimes in Tennessee, are reportedly being looked at as suspects in a triple homicide in Illinois.

Brady Witcher, 41, and Brittany McMillan, 28, are charged with capital murder in Jefferson County in the Dec. 13 shooting death of 31-year-old Kellie Ann Hughes, who was found slain early Saturday in a wooded area near St. Vincent’s East. They are also charged with kidnapping in the abduction of another woman who survived.

The pair is also accused in crimes in Tennessee, including a violent home invasion, that began hours after the discovery of Hughes’ body. The two were captured late Thursday in St. Louis, Missouri, according to the Tennessee Bureau of Investigation.

Witcher and McMillan are also being looked at as suspects in a triple homicide in Bethalto, Illinois, KMOV TV is reporting. It wasn’t immediately clear where Witcher is from, but McMillan has a Springville address.

The Bethalto Police Department on Friday, Dec. 19 received a request from Hazelwood Police Department in Missouri for a welfare check at a residence in Bethalto, according to a statement from Lt. Brian Koberna, deputy commander of the Major Case Squad of Greater St. Louis.

In the home, officers found three deceased individuals inside the residence, Koberna said.

Police said the Bethalto victims are a 59-year-old female, a 32-year-old male and a 30-year-old man. The identities of the three victims are not being released as police are awaiting and confirming that next of kin have been notified.

Hazelwood and Bethalto are about 30 miles apart.

Jefferson County sheriff’s deputies at 4:42 p.m. Friday, Dec. 13 received a 911 call from a woman who said she was being held against her will at a Center Point apartment complex but didn’t know where she was. Authorities began tracking her phone and found her at Woodside Condominiums on Shadowood Circle.

When deputies got on the scene, they found the woman falling down a stairwell. Her hands were bound with zip ties. Deputy Chief David Agee said she had visible injuries. She was treated on the scene and then taken to a hospital for further treatment.

The woman then told detectives she had knowledge of a homicide that had occurred and that was possibly the reason she was kidnapped, Agee said. Her information led detectives to search a wooded area off Medical Park Drive near St. Vincent’s East. After an extensive search, they found Hughes’ body in a secluded, wooded area at 1:55 a.m. Saturday.

The area was secured until daylight Saturday when the body could be removed. Alabama authorities issued a BOLO for a man and a woman, as well as a stolen rental vehicle.

Clarkesville, Tennessee police on Friday, Dec. 13 identified Witcher and McMillan identified the pair as suspects in at least three crimes in that Tennessee city.

On Saturday, Dec. 14, less than 24 hours after Hughes’ body was found in Alabama, police say the pair were involved in a shoplifting incident at a Walmart in Tennessee in which a firearm was displayed.

A security sensor activated as a male was walking through, alerting a Walmart employee. The employee requested to see the man’s receipt. The man – now identified as Witcher - looked at the employee, pulled a gun from his waistband, held it below the waist and continued walking out of the business.

There was a car waiting to pick the man up, possibly a Nissan Maxima, dark blue or black, driven by a female – now identified as McMillan. The man's neck and hands were covered with tattoos.

The pair was spotted again at a different Tennessee Walmart about 3:15 p.m. Wednesday. The store’s Loss Prevention told police the man and the woman had exited the store and gotten into a Ford Fusion.

Officers spotted the vehicle in the area of Wilma Rudolph Blvd and Morris Drive. They attempted a traffic stop, but the driver fled so recklessly, placing the public in danger, the decision was made not to pursue.

Around 3:25 p.m., Clarkesville police said, a 911 a call came in about a man chasing a woman into the woods around Fair Brook Place and a shot being fired. When officers arrived, they found the same Ford Fusion which had fled earlier, unoccupied and abandoned.

The area was quickly cordoned off. Officers and K-9, along with a Tennessee Highway Patrol helicopter searched for the couple. They were not located and there was no indication anyone had been shot.

It was discovered the Ford Fusion had been stolen Tuesday night out of Rutherford County. Also, there were items linking the couple to the Sango Walmart incident.

After eluding the police perimeter, the couple made their way to a home on Westfield Court and, about 4 p.m., found an apartment that had been unlocked. Both had guns, made entry and subdued the residents who were then bound and forced into a closet. The victims remained held in the closet until early Friday.

The victims, who are in their 20s and married to each other, were separated into different rooms, at which point, a confrontation between the victims and suspects occurred. There was a discharge of a firearm during the altercation, the male victim was stabbed, and the female victim was able to wrestle away a gun from McMillan, police said.

The victims were able to escape and notify police. The suspects fled in the victims’ 2012 GMC pickup, Z71, Texas tag KST3558 with tow mirrors.

Additionally, police noted, another vehicle allegedly stolen by the couple in Alabama on Monday, Dec. 16 has not been recovered either. That vehicle is a red Nissan Altima with a North Carolina tag. 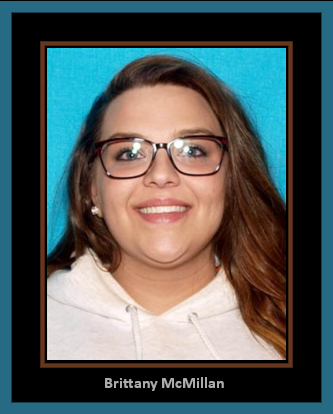 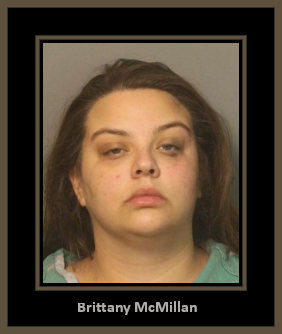 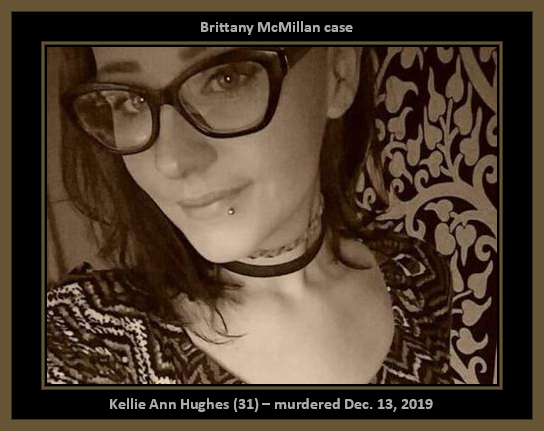 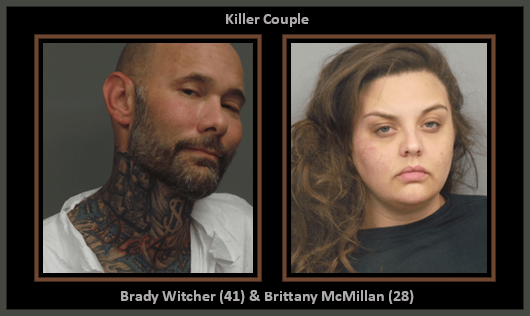