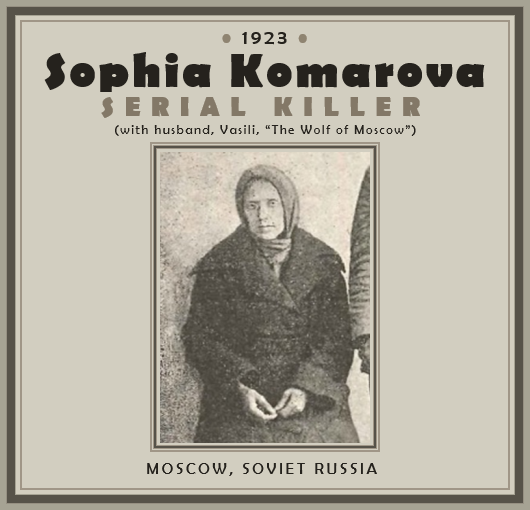 FULL TEXT: Moscow – Vasili Kofaroff [sic], convicted of the murder of 33 persons, and his wife [Sofia], as his accomplice, were sentenced to be shot within 72 hours. Neither betrayed any emotion as the sentence was passed but there was loud applause from the crowd in the court room and cries that the sentence should be carried into effect immediately instead of waiting 72 hours.

EXCERPT: In the early 1920s, thirty-three men fell victim to a sociopathic horse trader named Vasili Komaroff, aka the “Wolf of Moscow.” After luring a prospective customer to his stable, Komaroff – assisted by his wife – would bludgeon or strangle the victim to death, strip him of possessions then truss up the body, stuff it into a sack, and deposit it in an empty lot somewhere in the city. When authorities finally caught up with him, Komaroff claimed that he killed solely for the money – an unlikely explanation, since his three dozen murders netted him a grand total of $26.40. Clearly, there were other, darker motives at work – but the Soviet authorities were much less interested in fathoming his psychology than in putting him to death as promptly as possible. Komaroff and his wife were executed by a firing squad in June 1923. 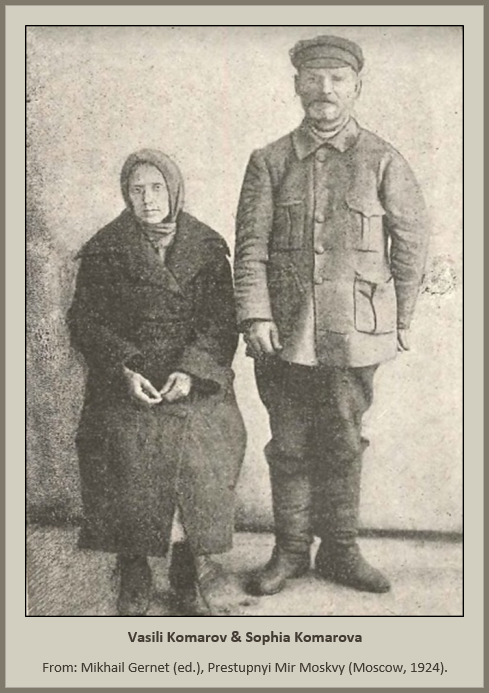 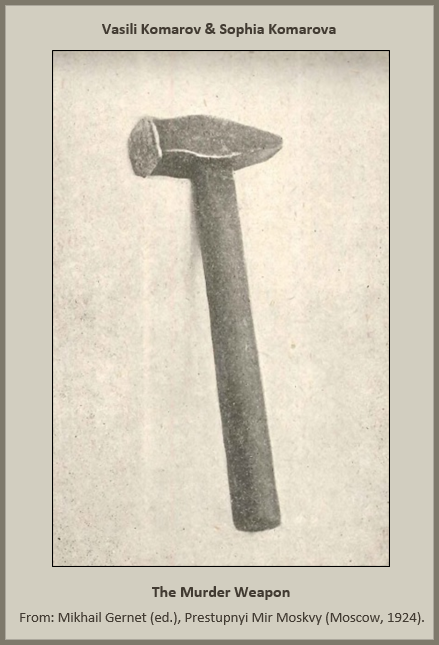 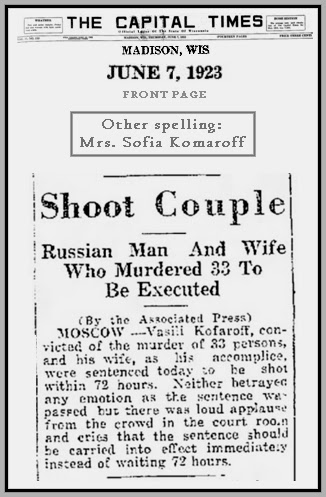