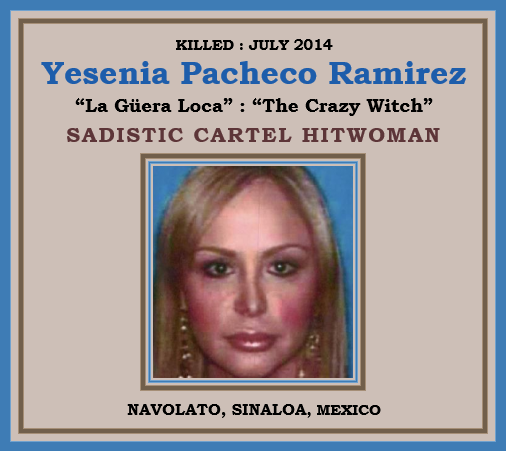 FULL TEXT: Yesenia Pacheco, "La Güera Loca" ("The Crazy Witch") was one of the bloodiest assassins of organized crime until she met a gruesome end. She had been involved with drug trafficking since 2009. Yesenia was one of the most important assassins for the Gulf Cartel and quickly became the enemy of Los Zetas.

Born in Navolato, Sinaloa, Yesenia was contacted by drug traffickers in 2009 and little is known about her life outside of organized crime. She began her criminal career as a hawk for the Gulf Cartel and was, without a doubt, the nightmare of many.

'La Güera Loca' quickly advanced within the world of drugs and became the first woman to be the leader of a cell within the cartel that had other women in it.

Their own division was named 'Las Hienas' or 'Las Flaquitas' and they distinguished themselves by having a very violent way of killing their rivals, something that the members of the Gulf Cartel defended tooth and nail.

While leading 'Las Hienas', she was also in charge of his most legendary mission within the organization: eliminate Los Zetas.

This earned her the nickname "La Güera,""The Crazy Witch."

The Zetas found Yesenia Pacheco in the company of three other women and kidnapped them to later record her death as revenge.

In 2014, Los Zetas recorded and broadcast the video of the death of 'La Güera Loca' and days later her body was found in parts.

FULL TEXT (Auto-translated): Yesenia Pacheco, better known as La Güera Loca, led a group of capos who committed crimes for the Gulf Cartel. The woman was greatly feared, as she was known to behead her rivals.

The hit woman got her nickname after cutting off the head of a Los Zetas member and removing the skin from his face with a sharp razor.

Although in the world of drug trafficking, most of the famous names have belonged to men, there are women who have decided, or been pushed, to this turbulent lifestyle, and one of them was La Güera .

Yesenia was characterized as being very dangerous and quickly rose among her peers, becoming the leader of various Gulf Cartel missions.

Her violence made her one of the main targets of the other criminal group, who decided that it was imperative to annihilate her.

La Güera created a group of pure criminals, who took on the task of showing men that they could be as bloodthirsty and effective as they were.

Pacheco used to dismember his victims and cut off their heads, but he shocked the world when he cut the skin off the face of a Los Zetas capo.

The women who belonged to her cell dedicated themselves to abducting and killing their opponents, which made La Güera one of the most wanted women in the country, both by the authorities and by her opponents.

However, members of organized crime found her faster and took it upon themselves to kill her. Her remains were found five years ago in July.

La Güera lived the same fate that she dealt to other criminals. The Zetas cut her throat with a large knife and let her suffer for a few minutes, before finishing her off for good.

Her body was distributed in different points of the land, as well as those of the other three criminals who were kidnapped with her.

Yesenia Pacheco Ramírez was a native of Navolato, Sinaloa; she was known as a blonde with prominent curves. 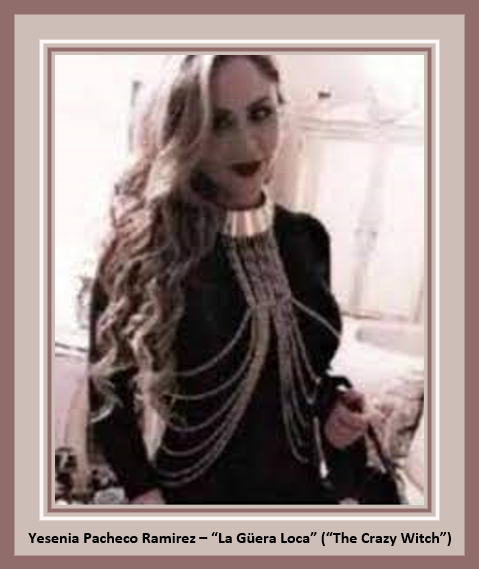