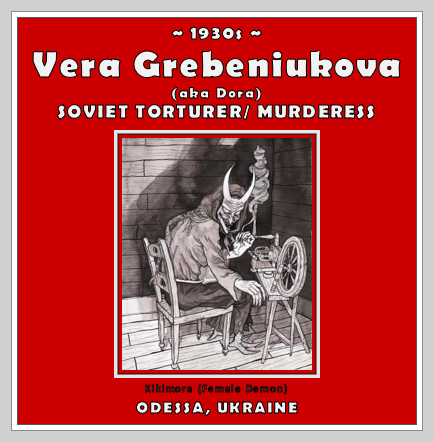 “A large share of the torturers were of non-Russian nationalities, selected in Lenin’s assessment Russians seemed ‘too mushy,’ unable to cope with the ‘tough measures.’ Among the torturers there were also women. “Vera Grebennikova, one in Odessa, in just two months have killed 700 people.” (autostranslate revised by RStE)

“Women were also not exempt from the perpetration of sadistic violence. Vera Grebennikova, for example, was alleged to have killed over 700 people, many of them with her bare hands, during two months in Odessa..”