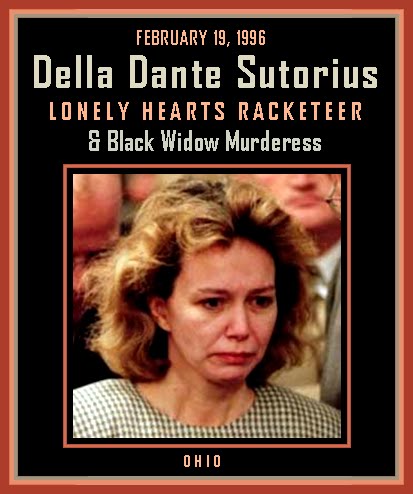 FULL TEXT: A woman convicted of killing her fifth husband was sentenced to life in prison by a judge who compared her with a poisonous fish that “consumes all who come in contact with it.”

Della Dante Sutorius, who had allegedly threatened to kill several of her previous husbands, was sentenced Monday for the Feb. 18 shooting death of Dr. Darryl J. Sutorius. Prosecutors described her as a black widow spider who shot her husband for his $900,000 in assets.

But Judge Richard Niehaus said she reminded him of a lionfish he saw while scuba diving, beautiful but with fins that are as sharp as needles and poisonous.

“It consumes all who come in contact with it. That creature is you,” he told Della Sutorius.

She got the maximum sentence for aggravated murder: life in prison with no chance of parole for 20 years. She also got three years for using a gun during a crime and 11/2 years for drug possession. A tin of cocaine had been found in her bedroom.

Prosecutors painted Della Sutorius as an insecure, manipulative, high school dropout who married for money. She met the 55-year-old heart surgeon through a dating service and had been married to him for 11 months when she shot him in the head as he sat on a couch in their home.

Dr. Sutorius had been planning to divorce his wife. The defense said he had been depressed and suggested his death was a suicide. Prosecutors said the angle of the wound and the distance the gun was held from the head proved otherwise.

Several of Della Sutorius’ former husbands said she had threatened to kill them. In 1990, shortly after she divorced husband No. 3, she was convicted of threatening a boyfriend with a gun.

Della Sutorius declined to comment and said nothing in court. Her lawyer said she will appeal.

“Sentencing her in June 1996 the Ohio judge Richard Neihaus opined that she was beyond rehabilitation. He compared the small 46-year old woman to a lionfish. ‘The outward appearance of the creature completely belies its deadly, poisonous aggressive nature. The lionfish attracts its prey through its appearance and then consumes all that comes close to it. That creature is you.’” [p. 37]

There were five husbands before Dante netted Darryl Sutorius through a dating agency in Ohio. Five husbands whose bank accounts had been cleaned out, who had been stalked and followed and threatened. A stock trick, on rejection, was to inform the man that she was pregnant.

‘If I marry her she will have an abortion,’ her fifth husband David Brennan told a friend: ‘If not she says she will come after me for child support for eighteen years.’ He capitulated and married her.

One of her many lovers woke up to find his bed on fire. Della denied it, of course. Later somebody broke into his apartment and smashed it up. Everything was broken. This fish died. Everything. Another, whose house burned to the ground, strongly suspected that Della had committed arson. She managed to wheedle her way back into his bed. He woke up the next morning to find the only possession that had not been burned in the fire had been stolen by her – his wallet and his cash. The very last things. She denied it, of course; told him she was pregnant and he would have to marry her.

Another man, in California, was threatened with a knife and was sure that Della was responsible for the fact that motor oil had been poured into his brake fluid, causing his car to lose control.

Jeff Freeman, a stockbroker, was made of sterner stuff. After a disastrous holiday where he grew tired of her cutesy voice, her snobbish airs and endless grooming and whining, he tried to extricate himself from their relationship. She pretended she was pregnant and then pulled a gun on him. For which she received a conviction. [39]

Soon after the demise of her second marriage, Della began exhibiting a violent streak.

After an argument with her same boyfriend, Della covered the bathroom floor with water and plugged in an appliance, hoping to electrocute him. She then used a kerosene lamp to set his backside on fire, prosecutors said.

Carla Magevney, Della’s half-sister, remembers the night the man awoke in flames. He called Della’s mother, who rushed to the apartment on Queen City Avenue.

“There was an iron that was plugged in in the toilet,” recalled Mrs. Magevney, who accompanied her mother. “She wanted him to reach in and electrocute himself.”

Della never was charged, and the man was not seriously injured.

With her dark hair dyed blonde, at least one of the two face lifts already behind her and claims that she was a UCLA graduate, Della quickly met her third husband, Grand Bassett, a photographer.

Theirs was the first marriage, prosecutors say, in which Della was violent and threatening. It was also the only time Della spent most of her married life outside Cincinnati; she and Mr. Bassett lived in Dallas, where he worked.

“She was instantly jealous,” Mr.  Logano said. “She was always suspicious.”

One time, at a McDonald’s restaurant in Dallas, Della told her husband, “Do you know that I could kill you if I wanted and this world would never miss a beat? They would never miss you,” Mr. Bassett told prosecutors.

Della also had Mr. Barrett arrested several times; she once told police that he had raped her.

Dr. Darryl Sutorius was found dead in the basement of the house he shared with his wife on February 19, 1996. Though it was clear that a gunshot to the head had been the cause of death, authorities were initially unsure whether his death was homicide or suicide. Sutorius’s wife, Della, was arrested the same day when investigating police found a supply of cocaine. Though released on bail the next day, Mrs. Sutorius was re-arrested on February 27 when it was determined that she had purchased the weapon that had killed her husband and gunshot residue tests and autopsy results indicated that she had been the one who fired the weapon on the day of Sutorius’s death. This time the charge was aggravated murder with prior calculation.

Investigation into the background of Della Sutorius showed that the death of Sutorius, her fifth husband, was not the first time Della Sutorius had been associated with violence. Sutorius’s third husband alleged that she had repeatedly threatened to kill him during their marriage; after the couple divorced, she was charged with threatening another man, this time a boyfriend, with a gun. One husband had found knives hidden around the house he shared with her and had been surprised when she told him she “could kill you,” while her fourth husband told investigators that she was mentally abusive and he feared her to the point of hiding the bullets to his gun to prevent her from being able to use them. Hamilton County, Ohio prosecutor Joe Deters theorized that Della Sutorius had “a serious problem with rejection” after colleagues of her husband reported that shortly before his death, Darryl Sutorius had been considering filing for divorce. According to her sister Donna Hall, Sutorius’s approach to men had long been colored by monetary gain: “She said you find a wealthy man and, when they die, you get their money.”

Sutorius declined to take the stand in her own defense at her trial. Though her lawyers argued that police had failed to prove that Darryl Sutorius’s death was anything but suicide and that his wife’s statements to police had not been preceded by a Miranda warning, she was convicted on June 7, 1996, with the jury deliberating for fewer than five hours before finding her guilty of aggravated murder. Later the same month, she was sentenced to more than twenty years in prison: twenty years for the murder, three because a gun was used in the crime, and eighteen months on drug charges.

Della Sutorius appealed her conviction in the spring of 1997, claiming that the trial jury having been allowed to hear hearsay evidence of statements her dead husband had made and that prosecutors had made improper comments to the jury. The appeal was declined in June of the same year and Sutorius returned to serving her sentence at the Ohio Reformatory for Women. She died there on November 20, 2010.

In order to defray the costs of prosecuting Sutorius, the Hamilton County Sheriff’s department seized and auctioned off Sutorius’s 11-piece jewelry collection. Despite the coverage the press devoted to the auction, bidders failed to meet the minimum necessary total for the pieces to sell separately and the lot was sold for a $5,100 lump sum.

Della Sutorius’s dramatic history with her husbands and the public perception of her as a being “black widow” attracted high levels of coverage from the press; her lawyer, ex-husbands, and ex-boyfriends were all reportedly approached by talk show hosts and news broadcasts such as Geraldo Rivera and Hard Copy. A spokeswoman for the Sally Jessy Raphael talk show Sally, which also pursued the story, explained that the case was “highly dramatic” and would be of appeal to daytime television watchers. Despite jury selection being slowed down by already-widespread news coverage of the case, CourtTV was permitted to televise coverage of the May 1996 trial. A 2010 episode of Dateline NBC covered the case in detail, interviewing Sutorius’s family and friends as well as people who had been involved in her legal cases. 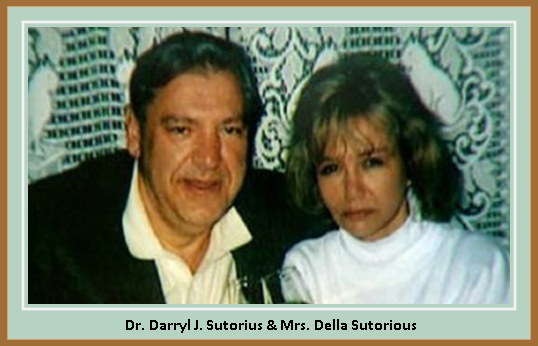 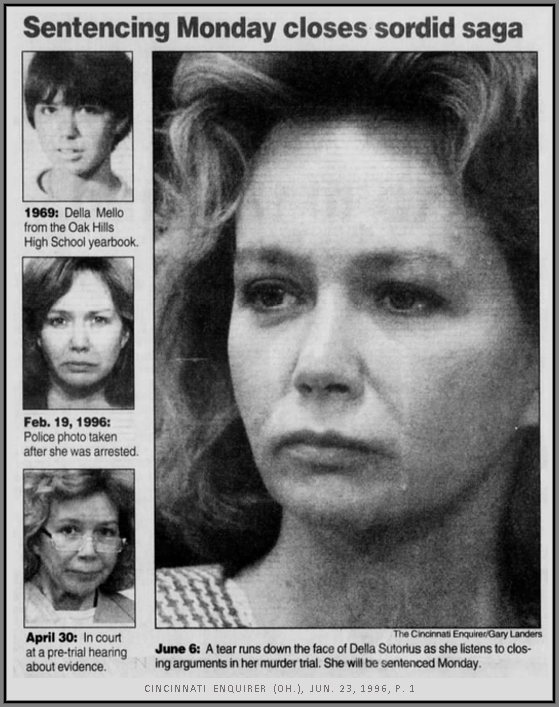 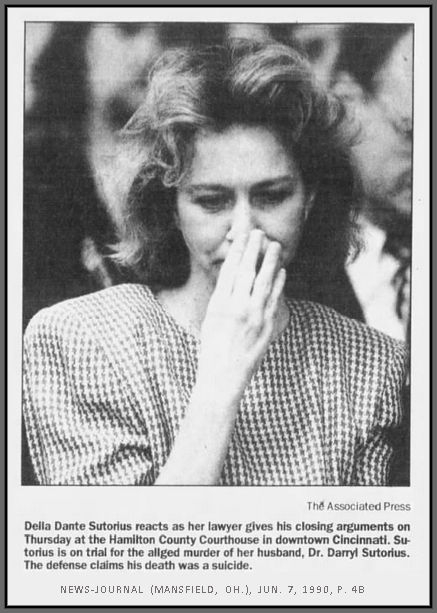 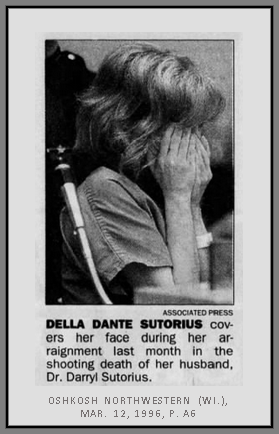 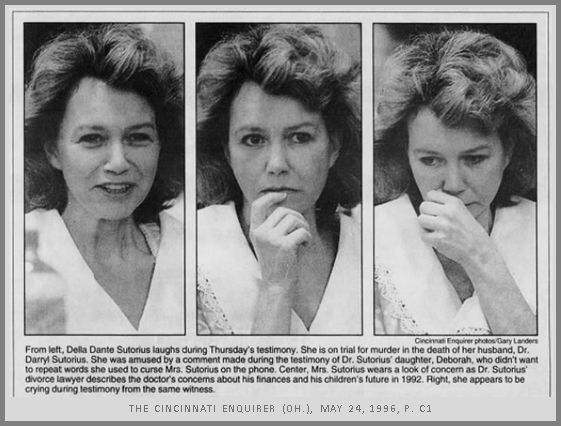 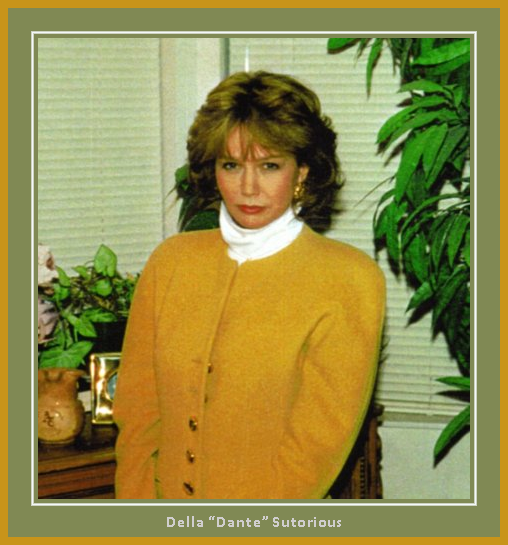 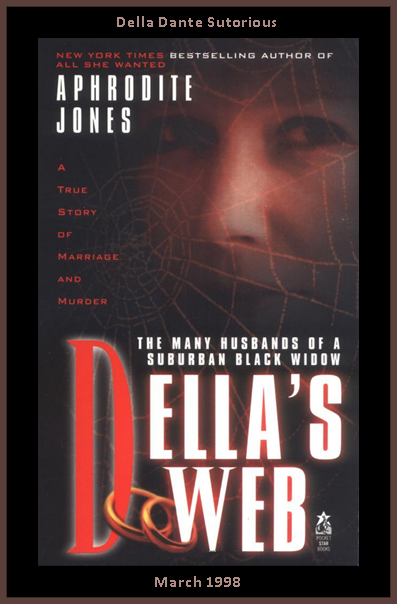