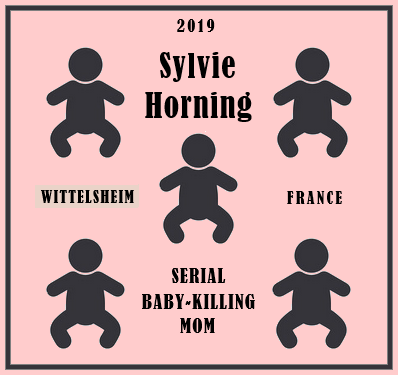 The press called it the “Mystery of the Galfingue forest.”

On October 2003 – bodies of four babies in rubbish bags in the Galfingue forest by farmer Philippe Gava.

Investigators attempted, without success, to discover the story behind the infants the called BB1, BB2, BB3 and BB4.

“Because of the advanced state of decomposition of the bodies, forensic doctors have never been able to establish, with the exception of "BB1", whether the newborns were alive at birth. . . . The experts were also unable to determine dates or establish a chronology.”  Thus, the investigation was closed. This was in 2009. But, as DNA forensics advanced over the years new tools became available, and in 2016 the case was reopened. A year later a match was made to DNA collected from an investigation of a dispute between neighbors, identifying a link between the corpses and a woman named Sylvie Horning.

On Nov. 28, 2017, Sylvie Horning and her partner of 33 years, Antonio, were arrested at their home in Petit-Landau, a small village of 800 inhabitants, in the south of the Haut-Rhin, near the German border.

A fifth corpse was found in the couple’s home, packed away in a freezer. Before the case came to trial, Antonio – who had said he was completely unaware of the events – died.

Sylvia was tried at the Colmar Court of Assises on June 18, 2019. Mme. Horning testified that she had been a victim of child sexual abuse at the hands of her stepfather. She was quite open in admitting her inability to care about her children whom she had abandoned and made no effort to avoid paying the consequences for her actions. She said she did love the three children who were allowed to live: a son (34) and two daughters (29 and 20), who were present at the trial. The reason for their survival goes unexplained in news reports of the trial testimony.

Daughter Marie, 29-years-old, seemed to contradict her mother’s description of her maternal affections for the living offspring, telling the court: “This is a woman but it is not a mother, she should never have had a child.” News reports describe all three has having “renounced” their mother at the trial.

Describing her treatment of the five dead infants, Sylvie explained that they  “were not babies for me but beings that my body and spirit did not accept.”

Sylvie told the court she would “accept all the sentences, even if it is 30 years in prison. . . . If I was told ‘you die tonight’, I would accept it immediately. . . . I regret having done so much harm to these babies and my family.”

“In her testimony Horning confirmed giving birth to the five children in her bathroom and concealing what was happening from her partner . . . She only told him she was pregnant with their first two children in the last weeks of her pregnancy and the youngest just hours before she was born.” 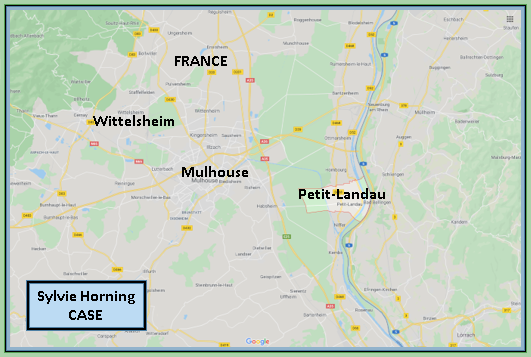