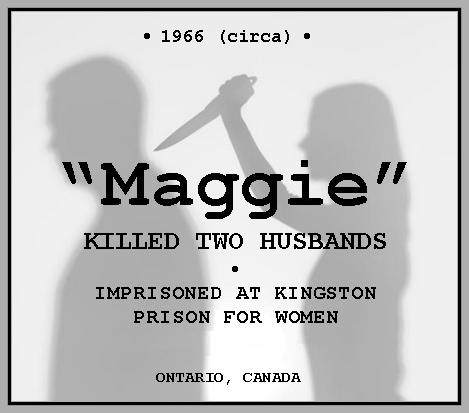 This case is known through fragmentary information based on Maggie’s inclusion in a 1981 documentary film, “P4W: Prison For Women,” directed by Janis Cole and Holly Dale.

EXCERPT: Maggie, who has been in prison for 16 years and doesn’t know when she might ever be released, can’t remember how she killed two husbands – both incidents happened in a drunken rage – and she confesses that her son is able to understand the first murder but cannot forgive her for the second.