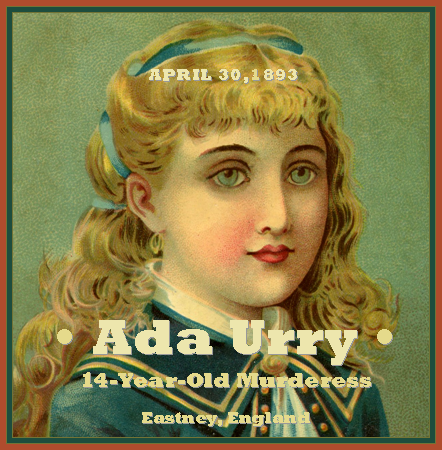 FULL TEXT: The girl Ada Urry, aged 14, who was remanded on Monday on a charge of abducting a child named Emma Dawson, aged five, yesterday made a confession in Kingston Jail, her depositions being taken by the Mayor and Sir William King. In consequence of the girl’s statement, Detective-Inspector Bidgood, in company with Mr Hobbs, the solicitor acting for the prisoner, drove Eastney, about a mile and a-half from the police station, and there, in a well, the dead body of the child was found, with a scarf tied tightly around her neck. The well is in an open field, in front of which some houses are being built, and in consequence of the position of the open property a watchman was on duty during the whole of the Sunday when the child was lost. He, however, neither saw nor heard anything. The well contains only four feet of water, but there is a distance of 19 feet to the surface, while some planks cover part of the water, leaving an aperture of only two or three feet. It is supposed that the child must have been either stunned or killed before being thrown into the well, as there are so many obstructions before the water is reached that a conscious child would most probably have used a score of times by the brick-layers since the occurrence, but nothing had occurred to lead to suspicion that any object was lying at the bottom. The affair has caused a profound sensation in Portsmouth owing to the youth of the victim, who was a perfect stranger to the accused, and the failure till now to find the missing child.