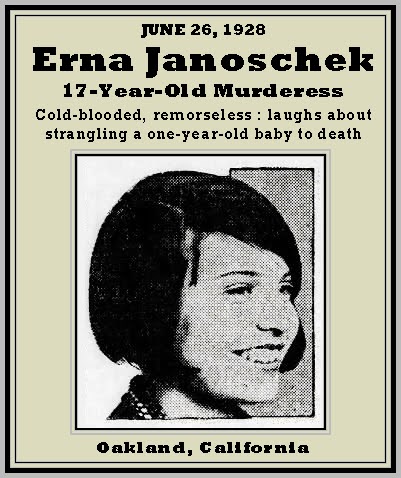 Note: Reference to Hickman in article: William Edward Hickman, 19, kidnapped 12-year-ols Marian Parker in Los Angeles and ransomed her dismembered body to the parents. He was hanged on December 15, 1927.

Erna, a rather pretty, intelligent young flapper, strangled to death a year-old baby, Diana Liliencrentz, for whose parents Erna worked as a maid and nurse. She told about it with flip unconcern.

At this point the girl interrupted her explanation to laugh.

Which remarks help to explain why the police call her “the girl Hickman.”

Some criminologists here see an amazing similarity between, Erna and the young Los Angeles murderer.

Neither in looks nor psychological makeup does either one bear, any outward sign of abnormality or degeneracy. Both were bright students in school, apparently desiring to do creative things. – Erna’s room contained scraps of poetry she had scribbled. Each surrendered abruptly to the impulse to kill, and displayed no remorse or grief afterward.

Dr. and Mrs. Guy Liliencrentz, for whom Erna worked, had gone to San Francisco, where the young doctor, a recent medical college graduate, is a hospital interne. While they were gone Erna calmly called up the police to tell them she had killed the baby.

“I’d rather face the police than Mrs Liliencrentz,” she explained.

She told how she brooded, alone in the house with baby Diana and little Francora, aged 3, over her supposed overwork. Suddenly came the impulse to kill. She did not harm Francora; she was fond of the child. Instead she seized the smaller child from the crib, wrapped a towel about its neck and killed it. Then she summoned the police.

At the police station she told of having had the impulse to kill other children who had been left in her care. Always before, she said, she had overcome it. She insists, however, that a desire to be revenged on Mrs. Liliencrentz was her sole motive in this crime.

FULL TEXT: Oakland, Sept. 24. – Erna Janoschek, 17-year-old strangler of Baby Diana Liliencrantz heard her crime fixed as first degree murder today and was sentenced to life imprisonment in San Quentin prison. The girl, smartly dressed and apparently unconcerned, smiled when she heard the sentence pronounced. She was tried last week to determine her sanity when she withdrew a plea of not guilty and stood on another plea of not guilty by reason of insanity.

“This was willful premediated murder,” said Superior Judge Fred V.. Wood, “done after reflection, and I do not see how any judge could fix it at second degree murder.

“Even though a jury found her sane,” he continued, “her cold blooded composure while on the witness stand while telling details of the crime showed she is abnormal.”

Baby Diana, year old daughter of Dr. and Mrs. Eric Liliencrantz was strangled by the Janoschek girl June 26 because, she said, “I wanted to get even with the baby’s mother for having been mean to me.” 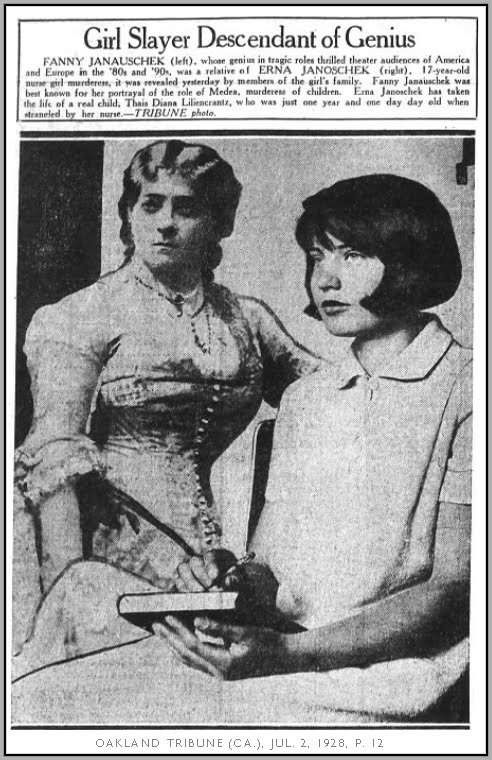 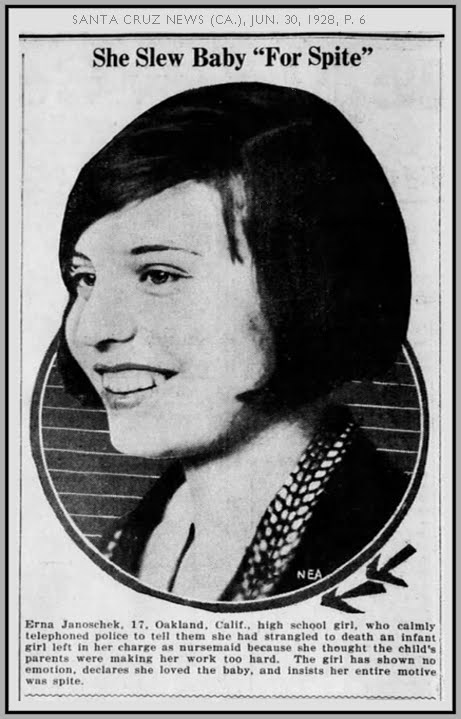 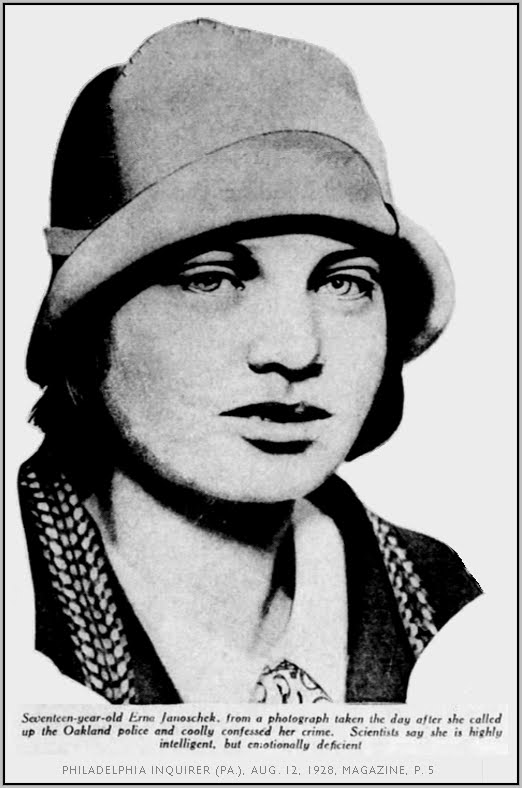 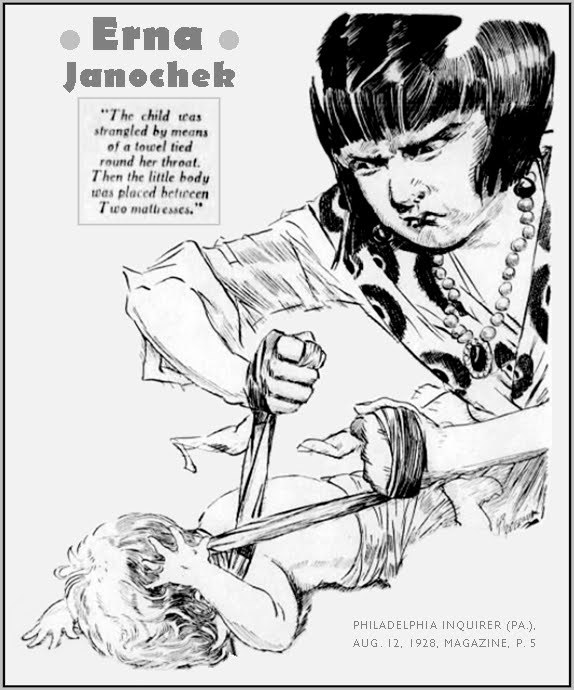 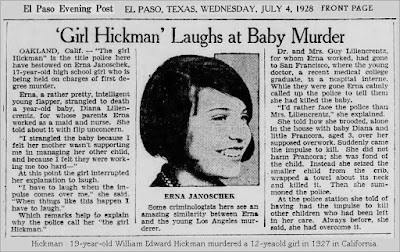