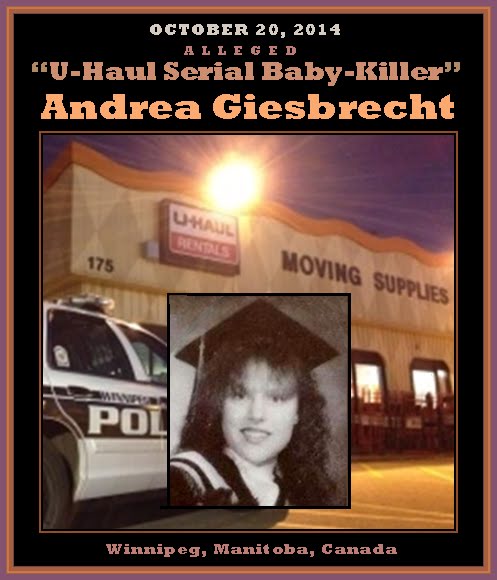 Winnipeg, Canada – Andrea Giesbrecht, AKA Andrea Naworynski, a 40-year-old married woman, was arrested Oct. 20, 2014 and charged with six counts of concealing bodies of six newborn infants. The corpses were discovered October 20 by U-Haul employees when emptying a storage unit after Giesbrecht failed to make payments. Police initially believed there were three or four bodies found in various states of decomposition and preserved in a liquid; later raised the total to six.

Giesbrecht held business administration diploma and over the previous decade and worked for private business and social service organizations. Recently she volunteered at Siloam Mission. She has two teenage sons, aged 12 and 16. For over a decade she had been a chronic gambler and her losses had frequently been the source of tension between Andrea and her husband.

On July 14, 2017 Andrea Giesbrecht was sentenced to 8½ years in prison for concealing the remains of six infants. Due to the decomposed state of the remains could not be determined what the condition of their birth and demise had been. At the sentencing hearing.Judge Murray Thompson said “Giesbrecht's moral culpability is extremely high.”

Andrea Giesbrecht: HISTORY OF OTHER CRIMES:

Larceny conviction (Sep. 14, 2014): Giesbrecht was convicted of "borrowing" $7,850 from a 73-year-old woman, then writing bad cheques and not repaying her. She received a 2-year suspended sentenced. 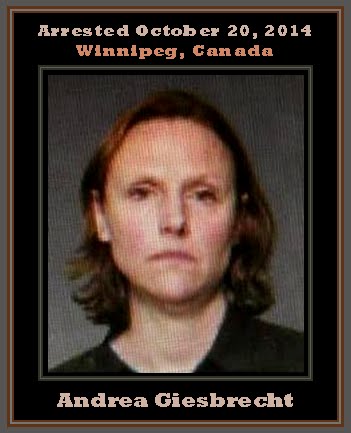 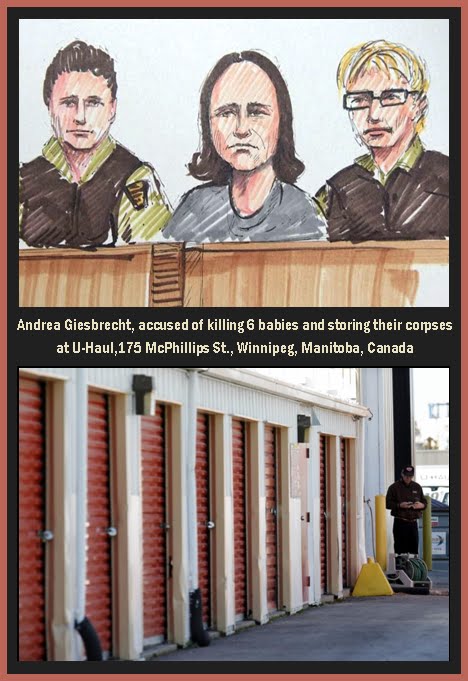 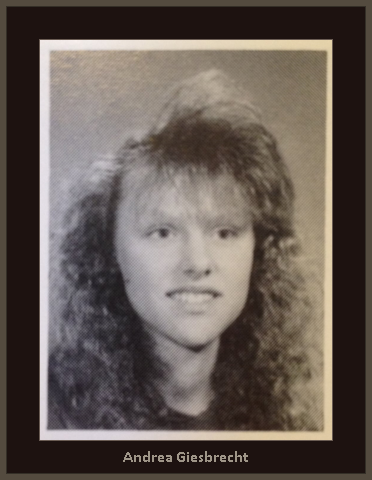 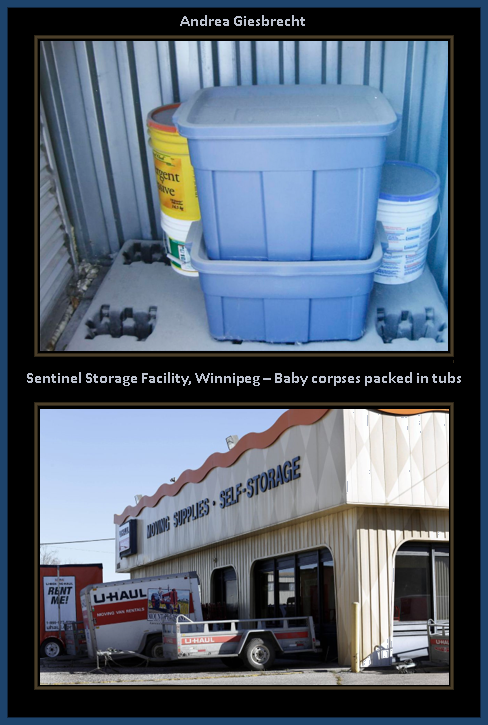 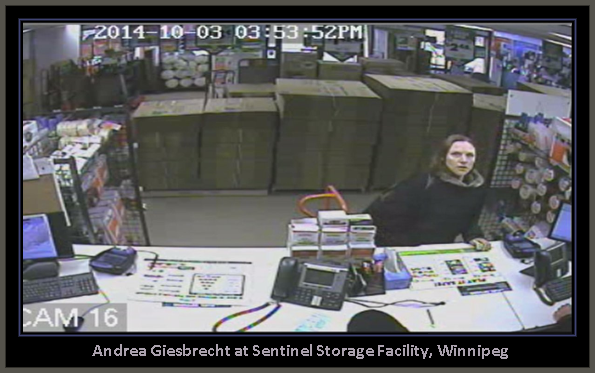