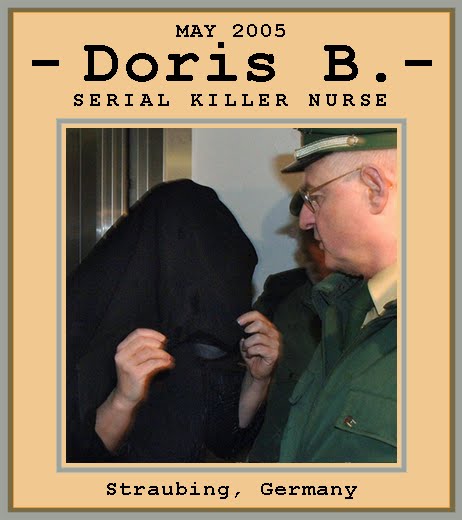 German nurse Doris B. (49) was charged with killing three elderly patients with injections of morphine iduring the first half of 2005. Her trial at Regensburg district court began March 20, 2006 on two manslaughter charges and a charge of dangerous bodily injury. The nurse freely admitted to giving the patients at the St. Elisabeth Hospital in Straubing unauthorized doses of morphine but claimed her motive was to relieve suffering rather than to cause death.

NOTE: Only a single online source has been located, published while the trial was still in progress. 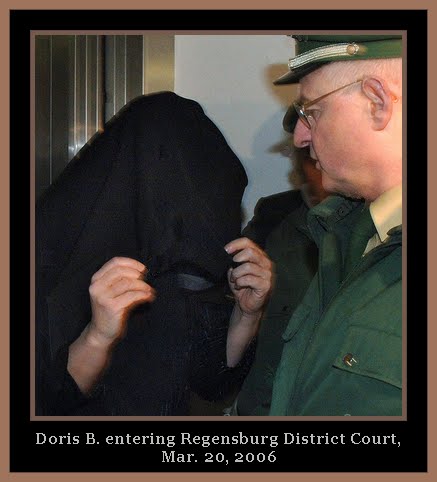