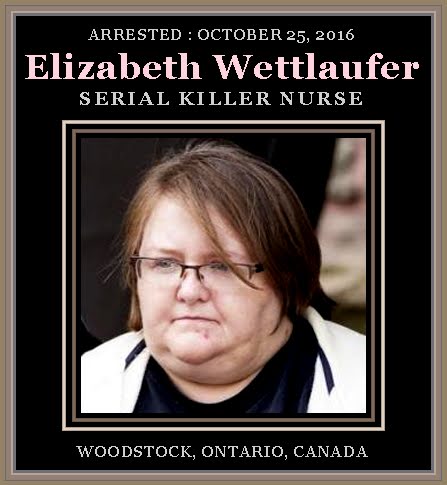 While she was a nurse at Caressant Care, a long-term care home in Woodstock, Wettlaufer began injecting some of the patients with insulin. In some cases, the amount was not enough to kill the patient; Wettlaufer was charged with, and confessed to, aggravated assault or attempted murder for those cases.

Wettlaufer's first assaults occurred sometime between June 25 and December 31, 2007. She confessed that she injected sisters Clotilde Adriano (age 87) and Albina Demedeiros (88) with insulin. While they later died, neither of their deaths was attributed to Wettlaufer. She confessed to two counts of aggravated assault in these matters.

The first case in which Wettlaufer injected a patient with enough insulin to cause their death was on August 11, 2007, when she murdered James Silcox (84), a World War II veteran and father of six. Through March 2014, Wettlaufer also murdered the following patients at Caressant Care: Maurice "Moe" Granat (84), Gladys Millard (87), Helen Matheson (95), Mary Zurawinski (96), Helen Young (90), Maureen Pickering (79).

While at Caressant Care, Wettlaufer also injected Michael Priddle (63) and Wayne Hedges (57) "with intent to murder". She confessed to two counts of attempted murder in these cases. She left employment at Caressant Care in 2014, but in part-time work at other facilities and at patients' homes, she injected three more people with insulin:

Wettlaufer entered an inpatient drug rehabilitation program at the Centre for Addiction and Mental Health (CAMH), a psychiatric hospital in Toronto, on September 16, 2016. She confessed to staff about killing and attempting to kill her patients, and CAMH staff notified the College of Nurses of Ontario and the Toronto Police Service of her confession. She then personally emailed the College of Nurses to resign as a registered nurse because she had "deliberately harmed patients in [her] care and [was] now being investigated by the police for same", personally called an investigator from the College, and had CAMH staff fax a four-page handwritten confession. Wettlaufer had confessed to killing patients several times prior to her confession at CAMH, including to a lawyer who advised her to keep it a secret, and was not reported to police.

After providing police with a 2-hour-long confession, Wettlaufer was formally charged with the eight murders on October 25. After further investigation, she was also charged with four counts of attempted murder and two counts of aggravated assault on January 13, 2017. She waived her right to a preliminary hearing, and confessed to all charges in court on June 1, 2017. On June 26, 2017, Wettlaufer was sentenced to eight concurrent life terms in prison, with no possibility of parole for 25 years.

In her confession, she admitted that she "knew the difference between right and wrong" but she was visited by "surges" she could not control. She said, "God or the devil or whatever, wanted me to do it." After one murder, she felt "the surging ... And then [heard her own] laughter afterwards, which was really, it was like a cackling from the pit of hell." She told police she had tried to stop killing, and she had told friends, a former partner and her pastor about the killings, but no one took her seriously.

She was held at the Grand Valley Institution for Women in Kitchener, Ontario. 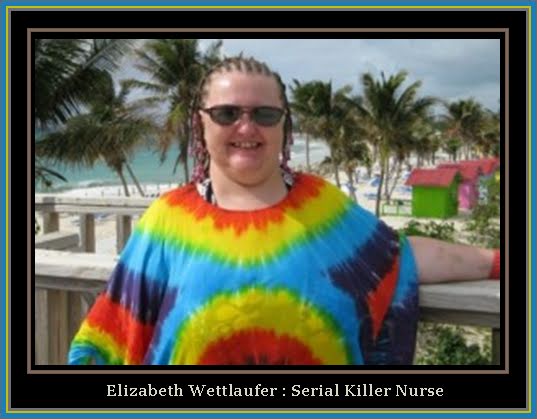 She watches some life drain from the notch in his neck vein.
As it soothingly pools it smothers her pain.
Sweet stiletto so sharp craves another cut.
Obeying a call she moves to his gut.
Blade traces a line from navel to spine
grating on rib bones slicing intestine. 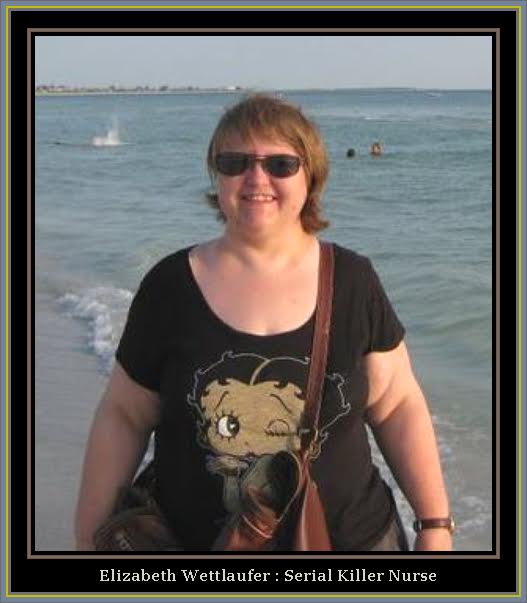 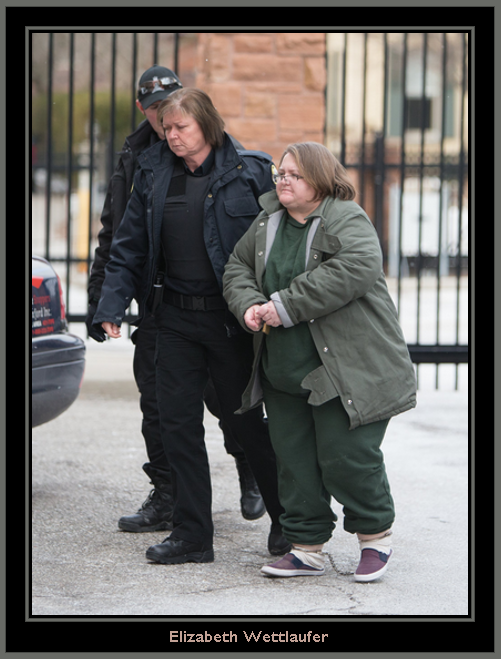 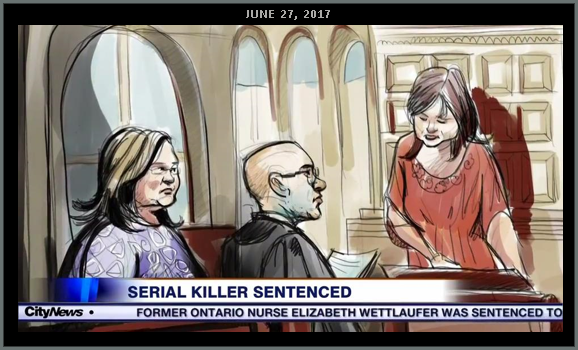 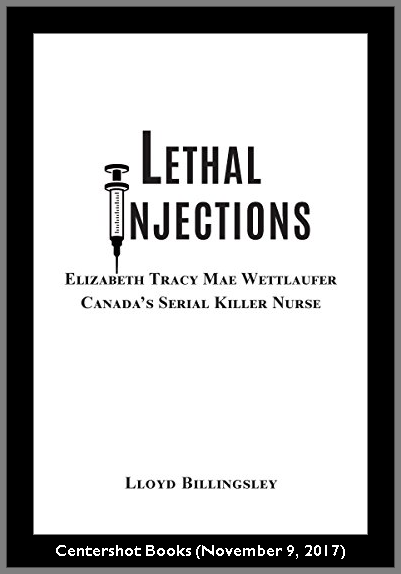