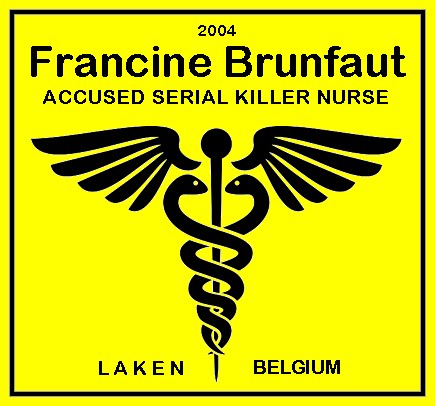 Francine Brunfaut, a retired Belgian nurse liked to visit elderly residents of the Retraite St-Ignace old age home at Laken. They apparently loved the attention. That’s why they made out their wills to her. But soon after they died. In three cases – all elderly people who bequeathed substantial assets to Brunfaut – a kidney drug, Diamox, which none of them ought to have taken, was discovered in their remains during autopsies ordered after hospital management became suspicious in 2003 when 88-year old Georgette died.

Brunfaut was charged and put in jail where she stayed for a year awaiting trial. By late 2004 investigators had added a further 16 suspicious deaths to her presumed victim roster. Yet the circumstantial evidence provided by autopsies meet prosecutorial standards for homicide charges. It was eight years before Brunfaut was tried and then, only on charges of fraud and forgery.