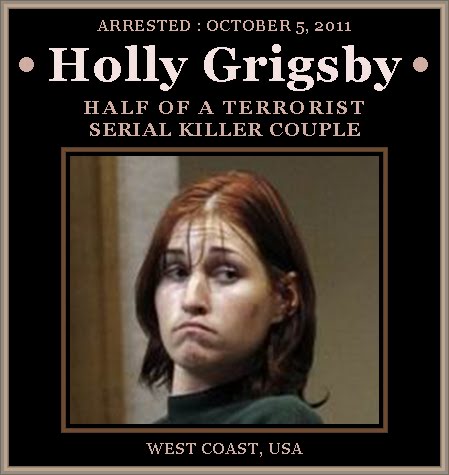 Holly Grigsby, 25, and her boyfriend David “Joey” Pedersen (31), are “white supremacists.” Pedersen, who has a long criminal record, prominently displays a “SWP” white supremacy tattoo on his neck. Pedersen is the founder of a white-supremacist prison gang, and he told Grigsby about his desire to start a revolution with a killing rampage targeting Jewish leaders.

They planned a series of murders starting with Peterson’s own relatives, which was curtailed after four murders that were committed September 26 through October 3, 2011.

The victims wrere Pedersen’s father, David “Red” Pedersen, 56, and stepmother, 69-year-old Leslie “DeeDee” Pedersen, who were killed Sept. 26 in Everett, Wash. On October 1, Cody Faye Myers, 19, of Lafayette, was shot to death near Newport. On October 3, 53-year-old Reginald Alan Clark was killed in Eureka, California. The pair financed their campaign with stolen credit cars and vehicles.

The couple said they killed Pedersen’s father because he molested two young relatives and also killed his wife because she knew and still supported him. She said she was in the passenger seat and took the steering wheel after her boyfriend fired a shot to the back of his father, Red Petersen’s head. They then drove to the Pedersens’ home in Everett. Grigsby said she herself slit Leslie Pedersen’s throat, and they headed south in Red’s Jeep with his body inside. After the crossed into Oregon they shot and killed 19-year-old Myers and stole his car. They shot Myers, who was Christian, because his name sounded Jewish.

When she was arrested, Grigsby said they were on their way to Sacramento to “kill more Jews.” Grigsby and Pedersen were arrested outside Yuba City, California.

In March, 2014 Grigsby pleaded guilty to racketeering charges connected to the four killings, and the plea agreement called for a life sentence with no chance for release.

Joey Pedersen pleaded guilty to two counts of carjacking resulting in death — one for the death of teenager Cody Myers on the Oregon coast and the other for the killing of Reginald Clark in Eureka, Calif. He was sentenced to life in prison. 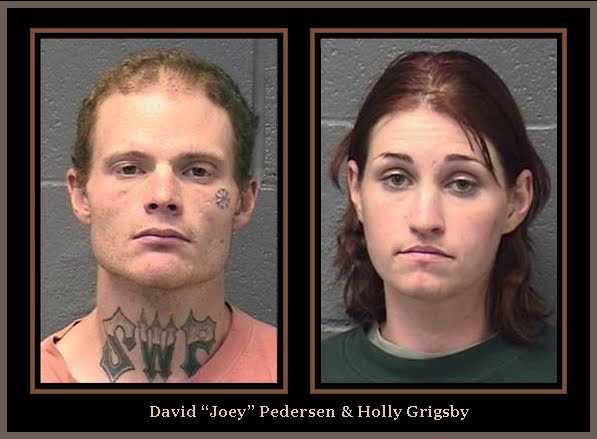 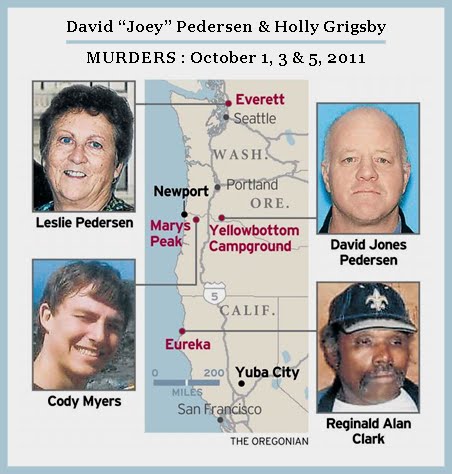 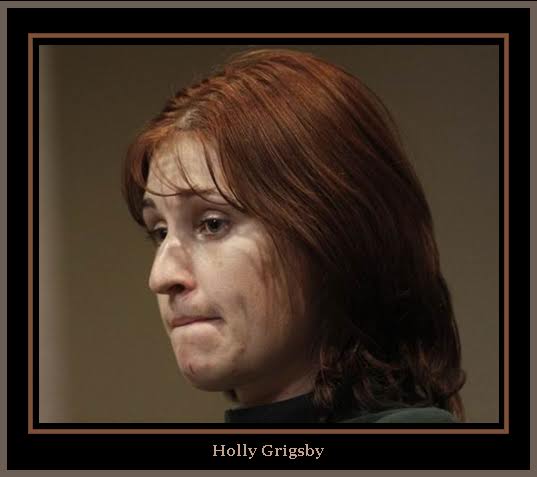