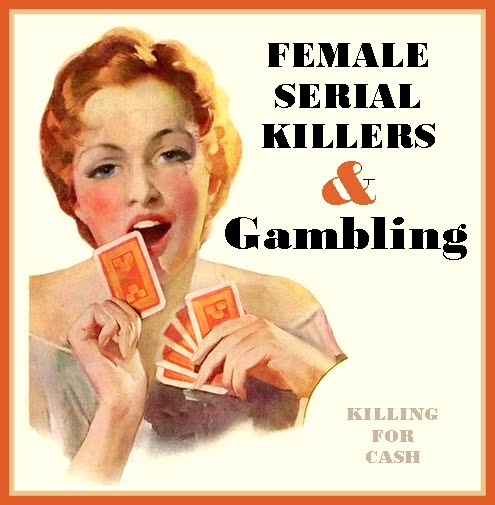 “In 1810, amnesty was offered to all pirates, and Ching Shih took advantage of it. She ended her career in 1810, accepting an amnesty offer from the Chinese government. She kept her loot, married her lieutenant and adoptive son Cheung Po Tsai, and opened a gambling house.”

“It was proved beyond the shadow of a doubt that the beautiful Mme. Joniaux, a born gambler, a woman who had been detected cheating at cards in private circles, trying to cheat at Spa, incurring suspicion at Monte Carlo, borrowing money under false pretences, obtaining jewellery one day and pawning it the next, had, when all her sources of credit were exhausted, turned to life insurances as a means of obtaining money. She had insured her relatives for large sums, and had deliberately poisoned them, in order to draw the stakes for which she had played.”

Furthermore, since gambling was now Alma’s only vice Mike gave his wife pin money with which to gamble, saying he could afford it. In time, however, Mike found Alma’s gambling too expensive. He restricted her allowance. Irked by his parsimony and bored by his “goodness,” McClavey’s wife considered returning to the streets to earn gambling money. But as often as she considered it, Alma rejected the thought of letting her husband down that way.

“Shackled by gambling debts Anna-Marie Hahn turned to the position of a live in attendant for elderly men. She stealthily poisoned each of her clients, tallying up more than ten murders in the span of five years. Hahn was careful, always covering her tracks and never drawing too much attention to her murders. But she was eventually arrested and put on trial for murder in the fall of 1937. Found guilty, and executed in Ohio's electric chair on December 7, 1938.” [Source: Pinterst]

She was a lunatic’s lunatic. Elfriede Blauensteiner was one of the most unique serial killers of modern times. A compulsive roulette gambler who in one year alone dropped into the casino, Spielcasino Baden, on no less than 230 occasions, she was suspected of 15 murders and confessed to six, offering “good” reasons why each needed to be polished off. When investigators asked about other murders she was suspected of having committed her reply was “How much will you pay me for it?”

On July 6, 2006, Remedios Sánchez Sánchez, 48, following a police search of her home in Barcelona, was arrested.  She was charged with a series of attacks on elderly women whom she robbed, three of whom were murdered and five others who survived stranglings. Sánchez was apprehended by police in a gambling parlor playing a slot machine.

A woman named Lin Yuru, 28, was charged April 7, 2010 in Nantou County, Taiwan with the serial murders her mother, mother-in-law and her husband, in an insurance fraud scheme hoping to raise money to pay off gambling debts incurred from the purchase of Mark Six lottery tickets.

Lin, aged 28, was addicted to betting on underground lottery since 2003. As a result she chalked up huge gambling debts totaling many millions of Yuan.

Andrea Giesbrecht, AKA Andrea Naworynski, a 40-year-old married woman, was arrested Oct. 20, 2014 and charged with six counts of concealing bodies of six newborn infants. The corpses were discovered October 20 by U-Haul employees when emptying a storage unit after Giesbrecht failed to make payments. Police initially believed there were three or four bodies found in various states of decomposition and preserved in a liquid; later raised the total to six. For over a decade she had been a chronic gambler and her losses had frequently been the source of tension between Andrea and her husband. 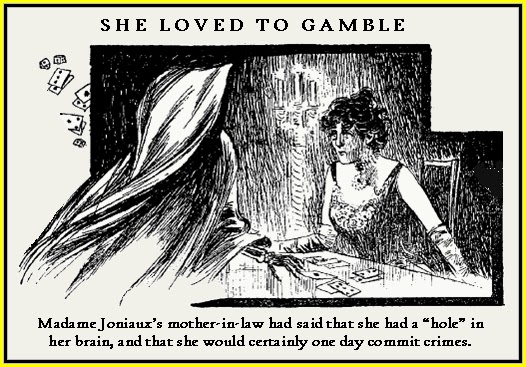