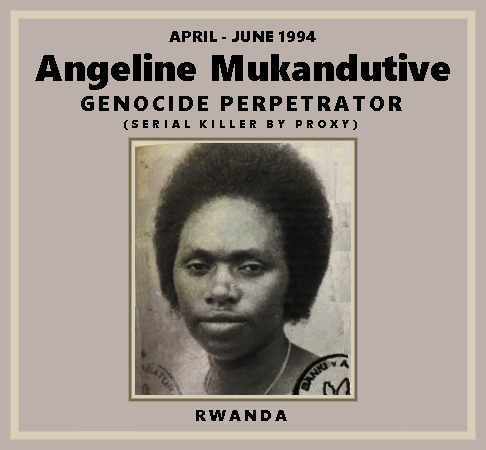 EXCERPT: Working with her friend the local councillor, Odette Nyirabagenzi, Mukandutiye is accused of organising the militia in Rugenge, in central Kigali. The two women were leading local members of one of the political parties which planned the 1994 massacres of Tutsis and the Hutu opposition. Witnesses say they appeared several times at the two churches where Tutsis were hiding. [Lindsey Hilsum, “Women Killers in Rwanda,” Humanitarian Exchange Magazine, Iss. 4 Sep. 1995]

EXCERPT: Angeline Mukandutiye is a woman who actively participated in the Genocide, mainly by training and arming Interahamwe militia in collaboration with Colonel Renzaho Tharcisse who was the prefect of Kigali Ville during the Genocide. Renzaho was sentenced to life in jail by the International Criminal Tribunal for Rwanda (ICTR) in Arusha. … Mukandutiye supervised elections of the Interahamwe committee in the sector; the source was elected vice-president. Among the attacks the source remembers include one at Centre d’Aprentissage des Langues Africaine (CELA), near Saint Paul church where more than 70 Tutsi were killed on April 21. Mukandutiye would lead every attack. She would wear a military jacket and carry a gun. Prior to attacking, she briefed the group and planned for night patrols and roadblocks. She demanded daily reports. She and Nyirabagenzi provided lists of Tutsi to be killed. Some of Mukandutiye’s victims includes Andreya Kameya, editor of Rwanda Rushya newspaper and a senior member of the Liberal Party (PL). Mukandutiye and her men discovered Kameya’s hiding place, tied him to a car and dragged him around the main roundabout of Kigali. [Jean de la Croix Tabaro, “From DRC Jungles to Jail: Genocide Architect Mukandutiye Starts Life Sentence in Rwanda,” KT Express, Dec. 28, 2019]

EXCERPT: Marie Grace Mukabyagaju, a Genocide survivor told RBA; "Angelina Mukandutiye was among the most powerful Interahamwe Militia leaders during the Tutsi Genocide, in this area that used to be the Sector of Rugenge. Her house was a gathering point for the Militia, where they gathered for instructions in the morning before the killings began and afterward; they would take to her the National IDs of those they had killed and she would rebuke them when some individuals were found not to have been killed yet. That was the case with one of my co-workers. They killed her husband and children and when the killers presented to Angelina their ID Cards, she asked why that of Agnes, my co-worker, was not among them."
Thérèse Mukagatare, another Genocide survivor said; "My son, Gasarabwe was taken on that date of the 14th, along with 5 other men. We were all in St Paul. The killers were all following her instructions." 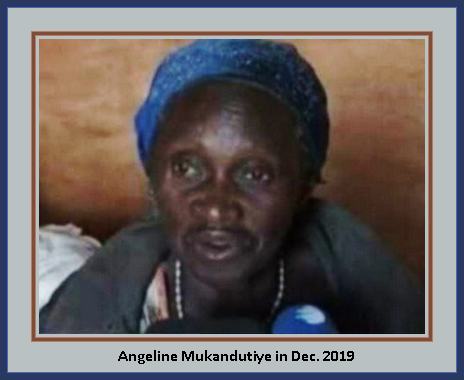 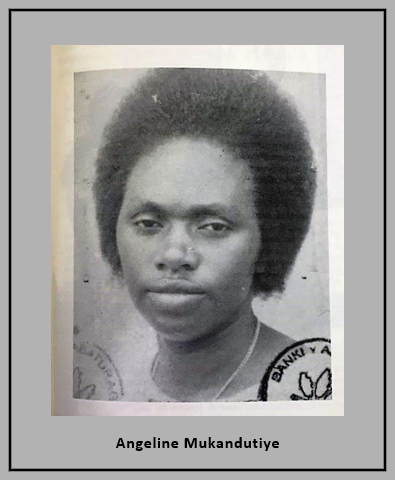