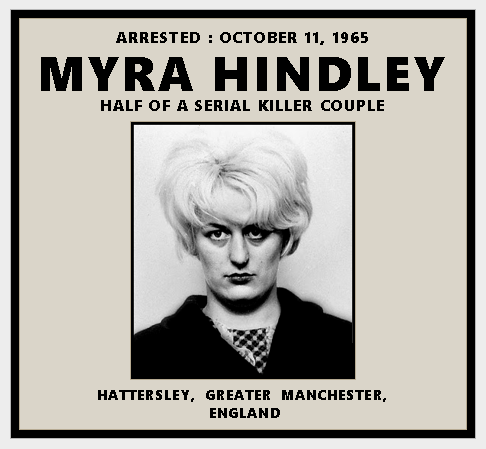 Myra Hindley is one of the most notorious of all female serial killers. There is an abundance od information on her crimes available. Wikipedia has a thorough report on their “Moors murders” page.
https://en.wikipedia.org/wiki/Moors_murders

We include a brief overview o the Hindley case, followed by a chronology, here.

FULL TEXT: Myra Hindley was an English serial killer. In partnership with Ian Brady, she committed the rapes and murders of five small children. Hindley's 17-year-old brother-in-law tipped her off to the police. Hindley plead not guilty to all of the murders. She was found guilty of three murders and was jailed for life. She was never released, and died in prison in 2002.

Born on July 23, 1942 in Manchester, England, Myra Hindley grew up with her grandmother. After the drowning death of a close male friend when she was 15, Hindley left school and converted to Roman Catholicism. In 1961, she met Ian Brady, a stock clerk who was recently released from prison. She fell in love with him, and soon gave herself over to his total control.

Finally, in October 1965, police were alerted to the duo by Hindley's 17-year-old brother-in-law, David Smith. Smith had witnessed Brady killing 17-year-old Edward Evans with an axe, concealing his horror for fear of meeting a similar fate. Smith then went to the police with his story, including Brady having mentioned that more bodies were buried on Saddleworth Moor.

In 1970, Hindley severed all contact with Brady and, still professing her innocence, began a lifelong campaign to regain her freedom. In 1987, Hindley again became the center of media attention, with the public release of her full confession, in which she admitted her involvement in all five murders. Her subsequent applications for parole were denied. She died of respiratory failure on November 16, 2002.

CHRONOLOGY
Jul. 23, 1942 – Myra Hindley (born) was brought up in Gorton.
Jun. 1963 – Ian Brady had moved in with Hindley at her grandmother's house in Bannock Street
Jul. 13, 1963 – Pauline Reade (16) murdered. vanishes as she makes her way to a disco at the Railway Workers’ Social Club. Hindley took her to Saddleworth Moor in her car, with Brady following. She was attacked and killed.
Nov. 23, 1963 – John Kilbride (12) murdered. was snatched from a local market in Ashton-under-Lyne by Hindley and taken to a car where Brady was waiting. He was then brought to the moors, sexually assaulted and killed.
Jun. 14, 1964 – Keith Bennett (12) murdered. failed to turn up to his grandmother’s home in Gorton. Again, Hindley had taken him in her car to Saddleworth where Hindley attacked and murdered him.
Dec. 26, 1964 – Lesley Ann Downey (10) murdered. She was kidnapped from a funfair in Ancoats on Boxing Day but was not brought to the secluded moors. This time, Hindley brought the child to their home, where she was photographed and filmed naked. She was tortured, sexually assaulted and strangled to death.
Oct. 6, 1965 – Edward Evans (17) murdered. Brady kills 17-year-old Edward Evans with an ax in front of David Smith at their home.
Oct. 7, 1965 – Brady arrested.
Oct. 11, 1965 – Hindley arrested.
Apr. 27, 1966 – Trial.
May 6, 1966 – Hindley Convicted.
Nov. 16, 2002 – Myra Hindley dies.
May 15, 2017 – Ian Brady dies. 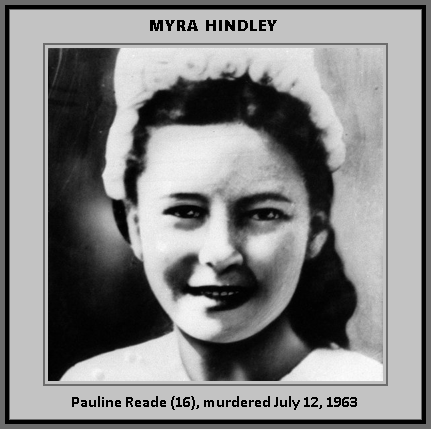 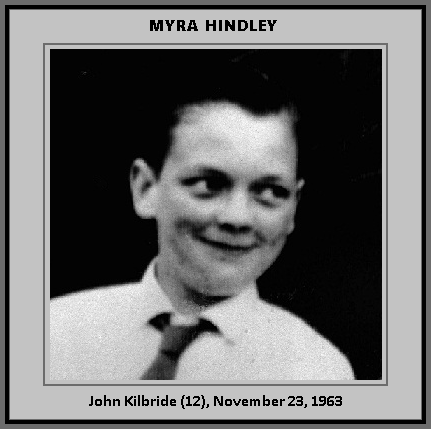 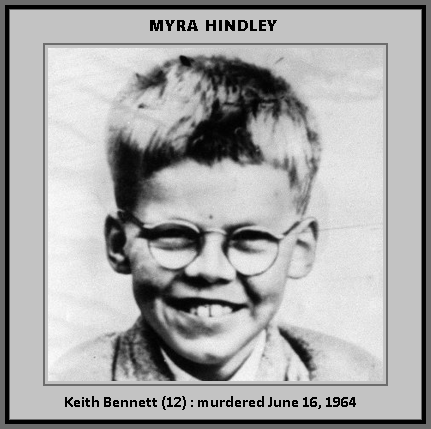 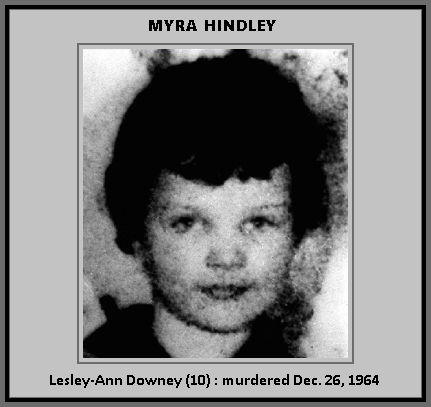 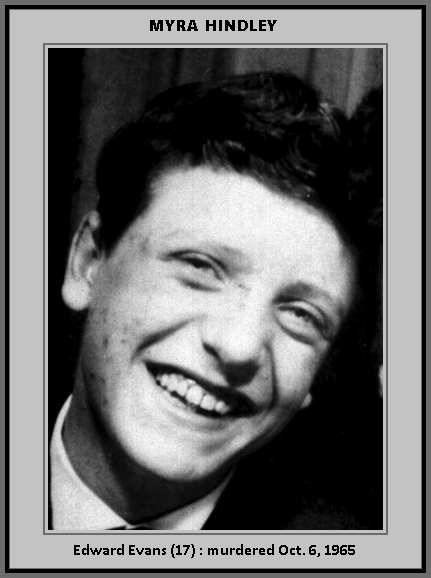 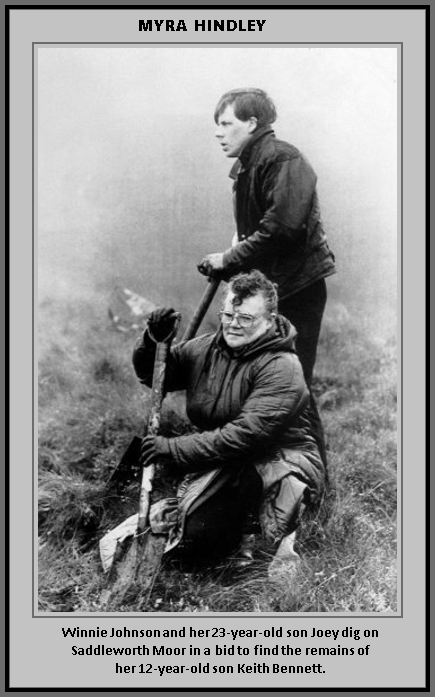 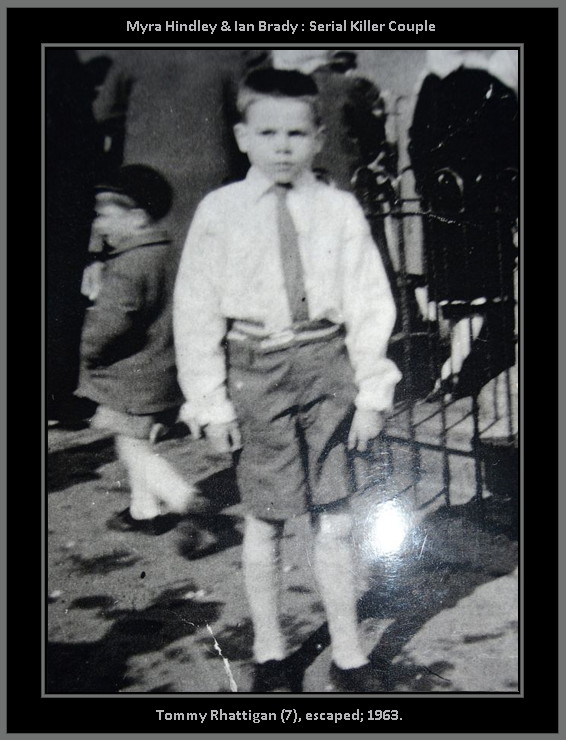 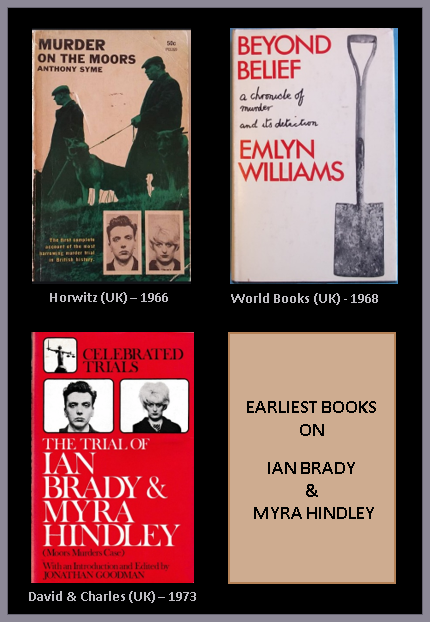 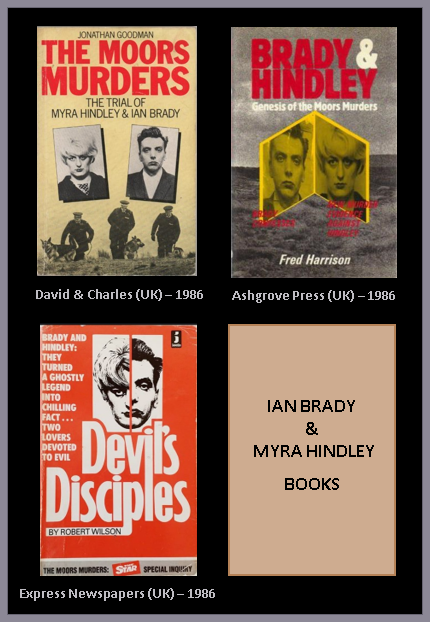