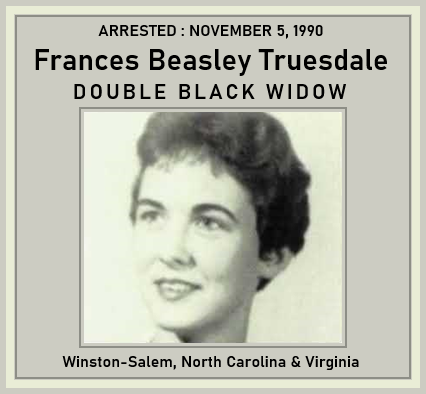 Over the course of her life, Frances Beasley Truesdale (1942-2014) operated in North Carolina and Virginia under a total of nine different names. She also murdered two husbands. Frances framed one husband’s death as a suicide, and another as a random highway murder.

For 29 years she managed to get away with the first murder, but was, due to the tenacity of the victim’s brother, finally convicted in 1996 while serving time for the second murder she had committed.

In early 1967 Frances’s husband, Ronald “Little Red” Beasley (29) suffered a debilitating stroke. A few months later he was dead from a gunshot. Frances claimed it was suicide. She told police her husband loaded a .22-caliber rifle and fired at her, then put the rifle in his mouth and blew his brains out. Yet the man was paralyzed, unable to either walk or feed himself and he wore diapers. And Beasley required round-the-clock care, so how did he manage the deed? The local “good ol’ boy” part-time coroner ruled the death a suicide.

In the early morning hours of April 21, 1988, a distress call went out over CB radio near Roanoke, Virginia. A woman named Frances Truesdale claimed her husband, Jerry, had just been shot. As concerned citizens and police arrived on the scene, she told different stories of what happened, and Jerry Truesdale would die from his wound two days later.

During the investigation, authorities learned that Frances Truesdale was one of many names she had used over the years, and that Jerry was not her first husband to die under suspicious circumstances.

1942 (circa) – Frances (maiden name?) born; AKA Sandra, used nine different names over the course of her life; give birth to five sons.
1967 – Ronald “Little Red” Beasley (29) has debilitating stroke.
Jul. 1967 – Ronald “Little Red” Beasley (29) dies; Winnsboro, South Carolina.
Aug. 1967 – Frances Beasley (about 25) marries “Jerry” Daniel Truesdale (about 20?) about a month after Little Red’s death. They moved to Virginia.
Apr. 23, 1988 – Jerry Truesdale (41) died in a highway shooting while his wife was with him in their van near Roanoke, Virginia; multiple life insurance policies totaling $285,000.
Nov. 5, 1990 – Frances (49) arrested in North Carolina Monday night and charged with killing her latest husband. She is being held without bond in the New Hanover County Jail pending extradition proceedings.
Feb. 1992 – Frances convicted of second-degree murder for killing Jerry Truesdale and sentenced to 20 years in prison.
Nov. 20, 1996 – Frances (54), while serving time for Truesdale murder, is convicted of the murder of Beasley; sentenced to life in prison.
Jul. 2014 – Frances Truesdale died while still incarcerated at a state penitentiary in Virginia. 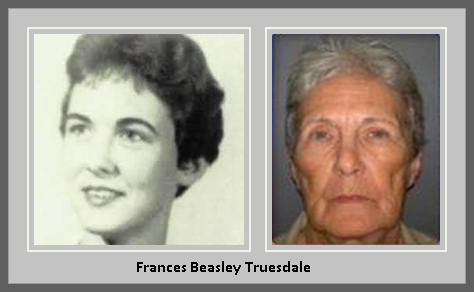 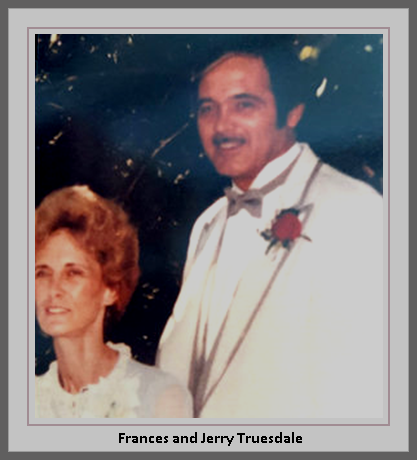 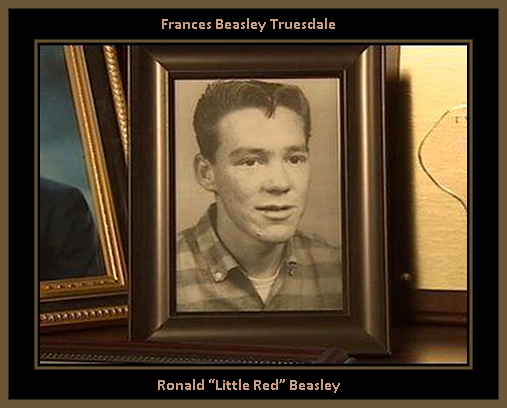