Michelle Martin, Half of a Sadistic Serial Killer Couple – Belgium, 1996 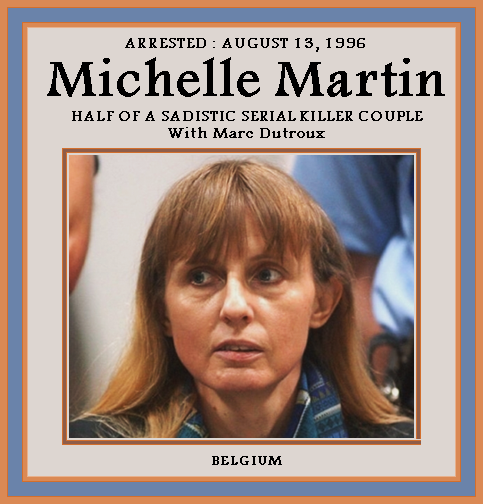 Dutroux was convicted in 1989 for the abduction and rape of five young girls with his then-wife Michelle Martin and other accomplices. He was released on parole after three years in prison.

In 1996, Dutroux was arrested on suspicion of having kidnapped, tortured and sexually abused six females aged between 8 and 19, four of whom died. His widely publicised trial took place in 2004. Dutroux was convicted of all charges, along with the murder of a suspected former accomplice, and sentenced to life imprisonment.

A number of shortcomings in the Dutroux investigation caused widespread discontent in Belgium with the country's criminal justice system, and the ensuing scandal was one of the reasons for the reorganisation of Belgium's law enforcement agencies and widespread allegations of corruption and infiltration of the Belgian justice system by a criminal enterprise. In the White March, 300,000 Belgian citizens protested the mishandling of the case.  [Excerpt from Wikipedia]

MICHELLE MARTIN : CHRONOLOGY
1960 ca – Michelle Martin born.
1983 – Martin married Dutroux in 1983 and had three children with him.
Jun. 24, 1995 - The eight-year-old girls Julie Lejeune and Mélissa Russo are abducted in Liège.
August 13, 1996 - Dutroux, his wife Michelle Martin, and a friend, Michel Lelièvre, are arrested on the basis of witness statements. Martin was a schoolteacher when detained.
Aug. 17, 1996 - The bodies of Julie and Mélissa are dug up in the garden of a house that Dutroux owns in Sars-la-Buissière. The girls died of starvation . The corpse of Bernard Weinstein, a French companion of Dutroux, is also discovered in the same garden.
2003 – Michelle Martin divorces Dutroux. Martin married Dutroux in 1983 and had three children with him before they divorced in 2003.
Jun. 22, 2004 - Michelle Martin convicted of letting Julie and Mélissa starve to death and assisting in the kidnappings. Dutroux is sentenced to life imprisonment and 10 years at the government's disposal. Michelle Martin gets 30 years in prison, Michel Lelièvre 25 years and Michel Nihoul 5 years. Dutroux appeals in cassation.
Aug. 28, 2012 - The Supreme Court ruled that it had found no procedural errors in the decision of the criminal court. A few hours later Martin leaves the prison on the way to the monastery in Malonne.
Mar. 31, 2015 – A former Belgian judge , Christian Panier, Namur, said he will risk controversy and rent out part of his home to the former wife and accomplice of Belgium's notorious serial child killer Marc Dutroux.
***

Belgian paedophile Marc Dutroux, 47, is on trial for the murder of four young girls. The bodies of two teenage girls, An Marchal and Eefje Lambrecks, and two eight-year-olds, Melissa Russo and Julie Lejeune, were found buried at properties belonging to him. Mr Dutroux, on trial with three others, has denied killing the girls, but admitted to kidnapping and rape.
*** 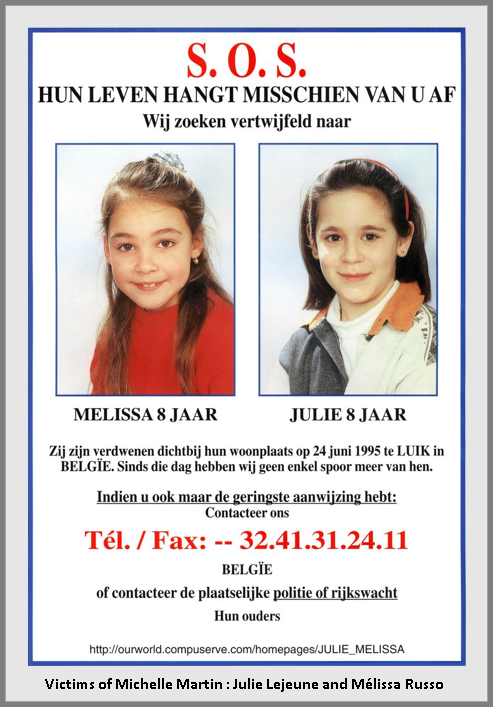 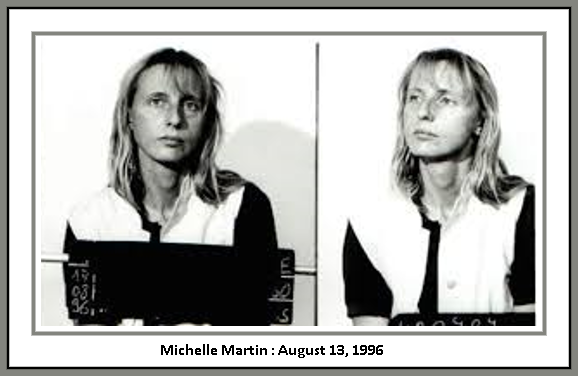 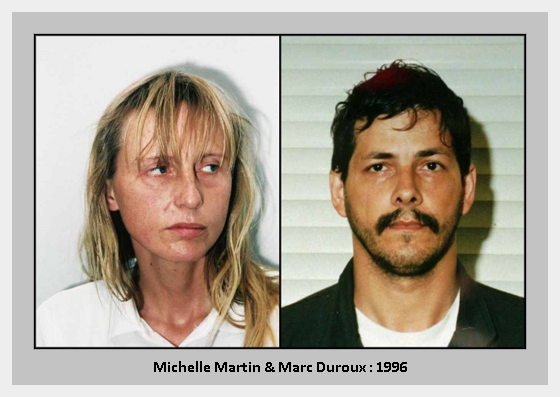