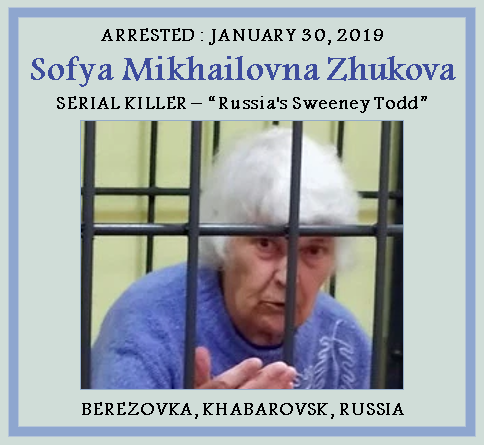 FULL TEXT: An 80-year-old woman suspected to be a serial killer is being investigated after her lodger’s dismembered body parts were found in her fridge. The retired farm worker was arrested on suspicion of murder after the 52-year-old victim’s remains were discovered in the village Berezovka, in the southeastern Khabarovsk territory.

Detectives now reportedly believe she could be linked to the disappearance of up to seven people.
Police launched an investigation on 30 January after stray dogs were seen fighting over body parts, including a human hand, torn out of packages dumped in the street, according to Russian newspaper Moskovskij Komsomolets.

Khabarovsk’s Investigative Committee said the victim was identified through his fingerprints as the elderly woman’s tenant, named in local media as Ukranian caretaker Vasily Shlyakhtich.
Police found traces of Shlyakhtich’s blood during a search of her flat and reportedly discovered his organs and flesh in the fridge.  The woman was taken into custody for questioning.

Neighbours told police they heard loud banging “as if someone was chopping something hard with an axe” on the day of the alleged murder, according to local news website DVHAB.ru. The arrested woman reportedly slaughtered pigs as part of her farm work. During a search of her home, police also found the passport of a woman who disappeared several years ago. Investigators now believe she may have been murdered.

They are also looking into possible links to the disappearance of six others who have gone missing in Berezovka in recent years. They include Nina Babenkova, an 83-year-old who vanished after taking her dog for a walk in September. Her skull was later found near her home. Shlyakhtich had been living in the village and working as a caretaker since autumn last year. He is said to have moved to Berezovka from Ukraine to be closer to his family.

FULL TEXT: A suspected 80-year-old murderer, nicknamed 'Russia's Sweeney Todd', allegedly cut up her victims' bodies and turned their flesh into jellied treats for local kids. The alleged victims include an eight-year-old girl who reportedly annoyed the grandmother suspect by playing too noisily. The youngster was killed after she cheekily threw ice cream at the pensioner after being told to be quiet, it is claimed.

Sofya Mikhailovna was arrested [January 30, 2019] after janitor Vasily Shlyakhtich, 52, who had agreed to rent a room in her apartment in the village of Berezovka, located in Russia's Khabarovsk Territory, vanished in January this year. Police intensified the search operation when body parts found in bins around the city were suspected of belonging to the missing man, and they decided to issue a search warrant for her apartment. A spokesman at the Russian Investigative Directorate in the Khabarovsk Territory said: "Criminologists discovered knives and saws on which they discovered traces of the blood of the victim. She was arrested for murder, and put in pre-trial detention as the investigation continued."

Locals said the alleged cannibal killer was Sonya Sipataya [a fictional character?] because she had a deep masculine voice and cut her hair like a man, walking around the area in camouflage gear and often carrying an axe, and that she would regularly kill the cats in the neighbourhood, even though they bothered nobody else.

One local identified only by her first name Tatyana said: "We always found it strange that despite being surly and unfriendly, she would often find the time to cook things for the local children. They were always meat dishes. Sometimes she gave them to the adults, she bought me and my husband plates with jellied meat" (Aspic, a Russian salted dish known locally as kholodets). She added: "I remember it well because my husband said let's not eat it, you never know what it was made from, and now it looks like he was right."

Tatyana said police had confirmed that she used meat from the people she killed. However, police declined to comment when contacted by Central European News (CEN) because the investigation is still ongoing.

Under interrogation, she reportedly admitted to killing her lodger, and as the police probed deeper, they were shocked when she then allegedly also admitted to killing an eight-year-old girl who disappeared on 14th December 2005. She reportedly said the girl was a nuisance and had annoyed her by running around making noise, and that the final straw was when the child had thrown a piece of ice cream at her. After that her fate was sealed. Police still have the case open because a few fragments of human remains were found at the time that they identified as belonging to the child. But the mother, identified as Natalya Alekseenko, whose age was not given, insisted that the body could not have been her daughter, and still had hopes that she was alive and had been taken by somebody.

According to local media, human entrails were found in the suspect's fridge. When she heard that the girl had been killed by the pensioner - dubbed a "cannibal" in Russian media. although it is unclear if she actually ate anyone herself - she broke down.

She said: "I believed against everything that she was still alive, I waited and I believe. People would tell me Natasha, this is your daughter, but I didn't listen to anyone."

After apparently confessing to the child murder, she then reportedly admitted to a third killing, this time in April 2013 when she allegedly murdered a female friend, Nina Babenko, aged 83, after she moved in as a lodger. The pensioner had recently sold her apartment and took the money with her when she went to live with Sofya Mikhailovna. She was never seen again. Local media said that Mikhailovna had worked in a slaughterhouse before becoming a security guard at "Teplichnik" - a local company.

She was married to a man called Ivan, who worked as a plumber dealing with heating at a local company. He died in the summer of 2005, six months before the girl disappeared. The couple had three sons, although one died and the other two who survived still live in the Khabarovsk region. They reportedly have families of their own there. Locals were reported as saying that several other people have disappeared from the town in recent years. The suspect is currently in pre-trial detention.

Sweeney Todd is a British Victorian tale about a barber who sells people pies made with human flesh. 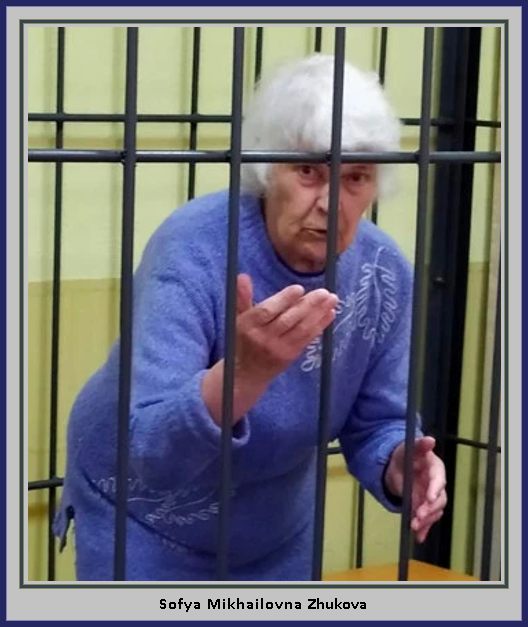 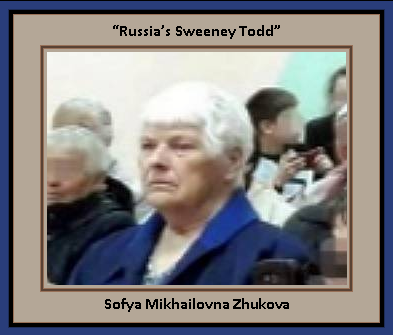 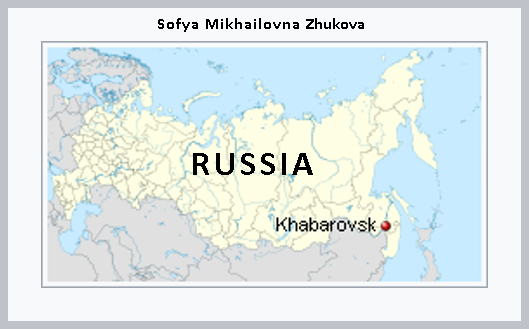