Margo Freshwater, Half of a Serial Killer Couple – USA, 1966 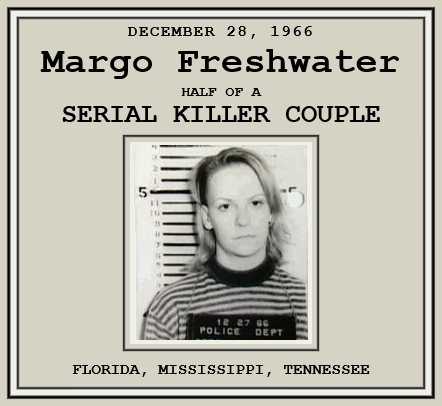 Margo Freshwater was a fugitive for 32 years until, in 1966, she was found living under an alias and arrested. At the age of 18 she sought out an attorney for her boyfriend, Alfred Schlereth, a career criminal, jailed for armed robbery. When captured May 19, 2002, she was known as Tonya Hudkins McCartor, a 63-year-old married grandmother of seven, who had raised four children in Ohio in the 32 years since her escape.

In 1966, as an unwed mother who had given up her child for adoption, Margo plotted a jail-break for her boyfriend Alfred Schlereth. She hired eccentric lawyer Glenn Nash who agreed to smuggle guns into the courtroom and free the defendant. This never occurred. Instead, Margo (18) and Glenn (36) became lovers – and then killers.

On December 6, 1966, Margo ran away from home and Glenn W. Nash abandoned his wife and baby at their West Memphis, Arkansas home. By the time the couple had been nabbed by police on Dec. 27, 1966 at Greenville, Mississippi they had committed three murders. Margo was sentenced to 99 years in prison for her crimes on Feb. 7, 1969. A year-and-a-half later, on Oct. 24, 1970, Margo escaped the Tennessee Prison for Women.

In March 2001, a producer from TV’s “Unsolved Mysteries” called Tennessee authorities seeking information for a program about Freshwater. Agent Greg Elliott of the Tennessee Bureau of Investigation pulled the file. He re-opened the cold case and his investigation led to her arrest in Columbus, Ohio on May 19, 2002. Margo remained in prison in Tennessee until in May 2011 her old conviction was overturned and she was granted a new trial. Five months later she was given a unique plea deal for “time served” that was, in fact, not served at all and on November 1, she was set free. 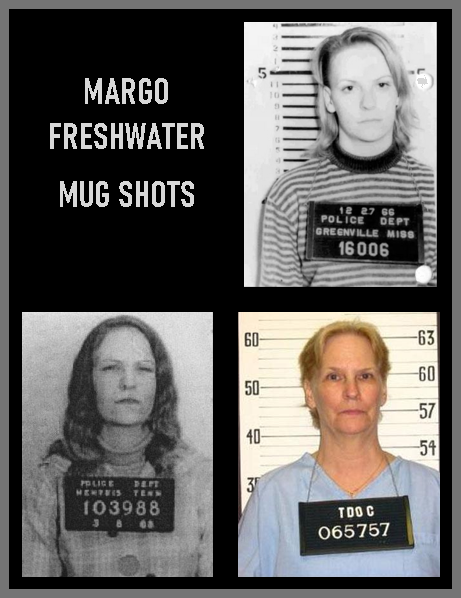 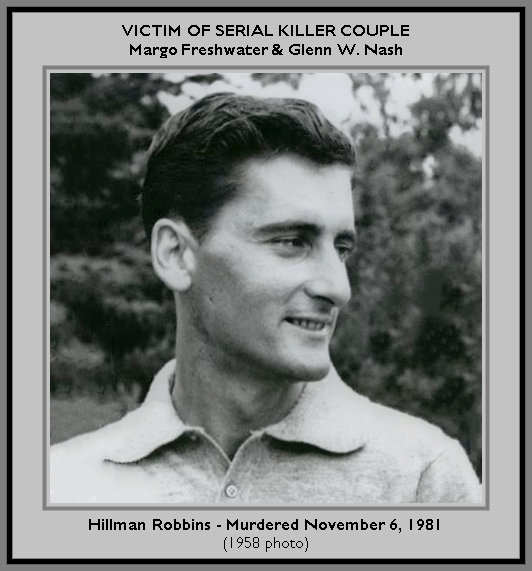 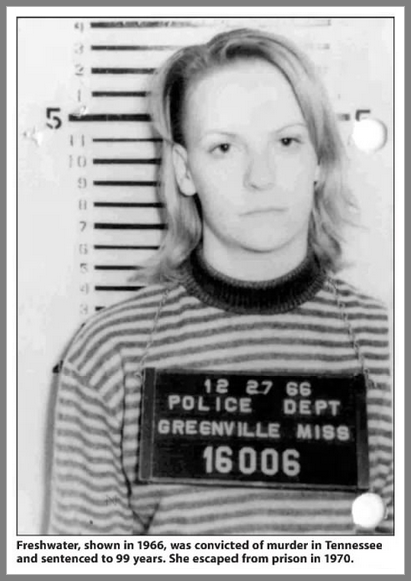 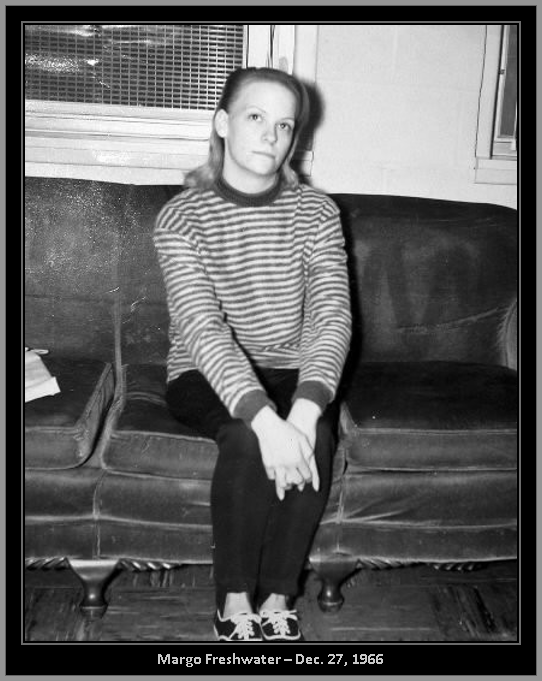 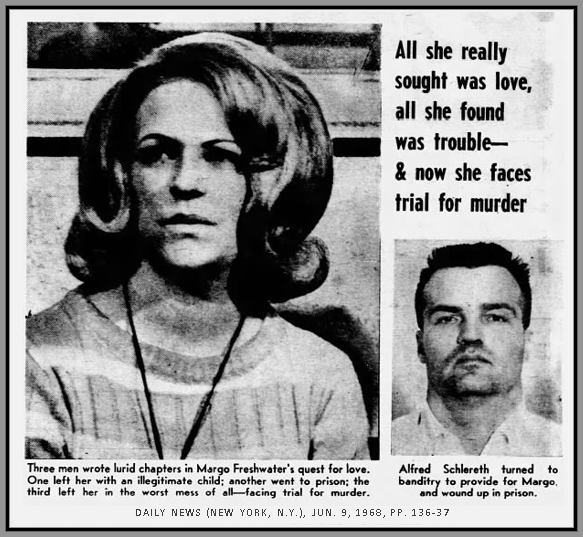 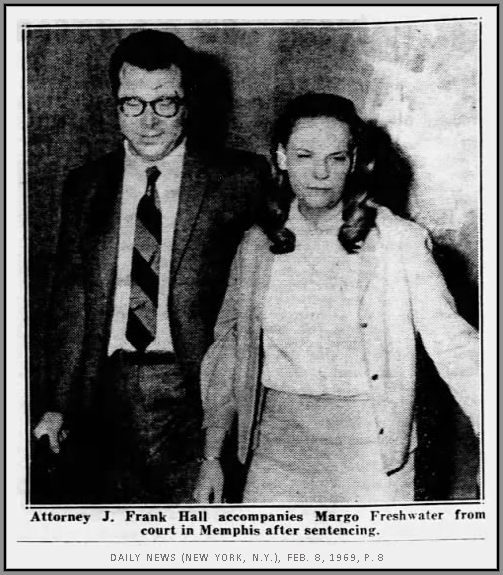 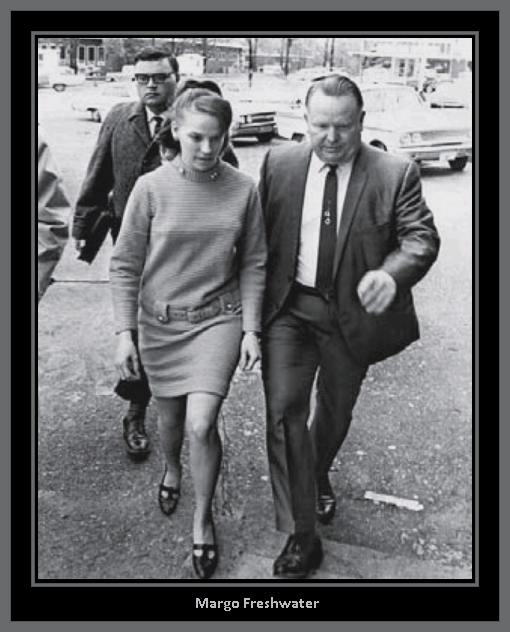 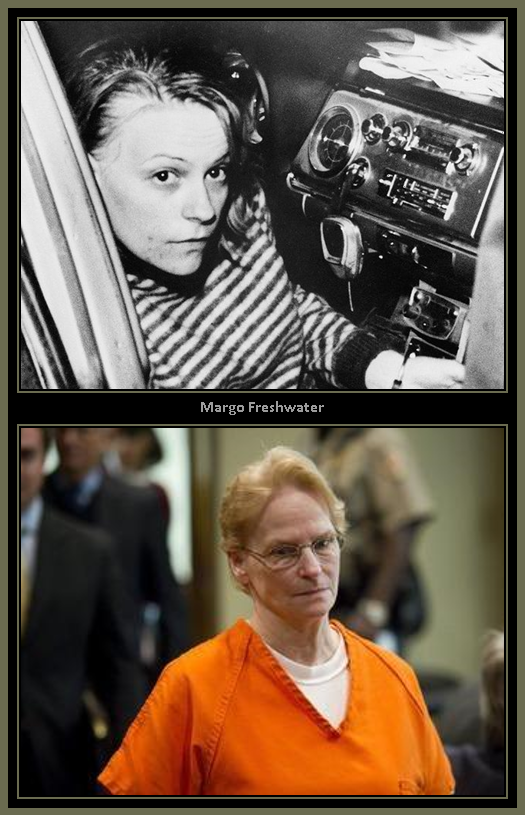 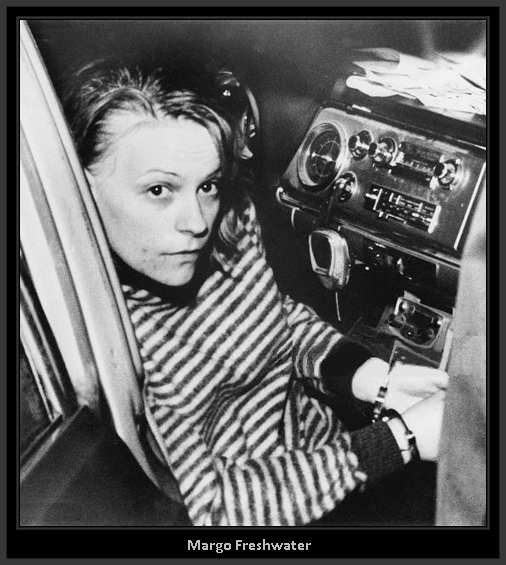 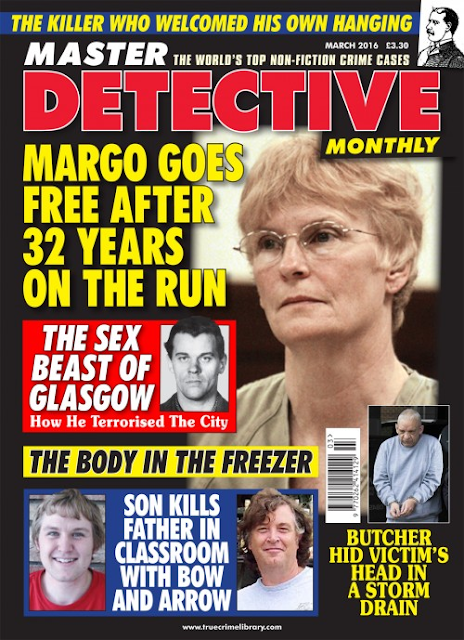