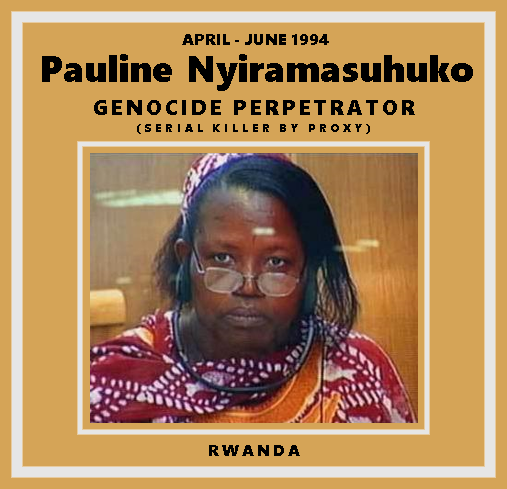 EDITED EXCERPT: In 2001, the United Nations court established that between April and June 1994 that mother-and-on genocide-perpetrators – Pauline Nyiramasuhuko, Rwanda’s former minister for family and women affairs, and her son, Arsene Ntahobali, a former militia leader – with assistance of the extremist Hutu militia known as the Interahamwe, went to Butare and abducted hundreds of ethnic Tutsis.

“Many were physically assaulted, raped and taken away to various places in Butare, where they were killed. During the course of these repeated attacks on vulnerable civilians, both Nyiramasuhuko and Ntahobali ordered killings. They also ordered rapes. Ntahobali further committed rapes and Nyiramasuhuko aided and abetted rapes,” said the judgment read out by presiding Judge William Sekule.

EXCERPT: Before the massacres, the district of Butare, on the border with Burundi, was a happy mix of ethnic Tutsis and Hutus.  The 100-day mass slaughter in the country started on 7 April but did not begin in Butare until 21 April. Nyiramasuhuko had ordered the then-governor to help organise the killings. But when he refused, he was sacked and then killed. Afterwards, Nyiramasuhuko called for militias from the capital, Kigali, to come to her home region to carry out the mission to kill the Tutsi population.