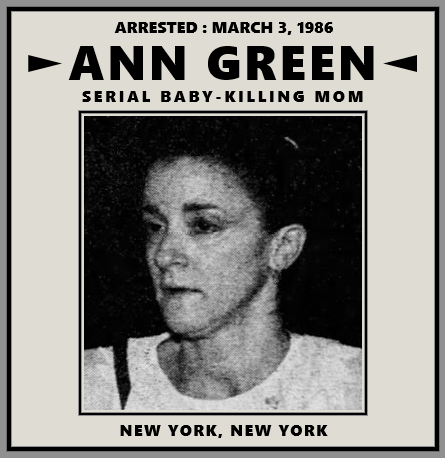 FULL TEXT: A former pediatric nurse broke down in tears yesterday as she described in graphic detail how she suffocated two of her newborn children with pillows and tried to kill a third.

Testifying at her murder trial, Ann Green, 43, nervously told a Manhattan Supreme Court jury she felt she was watching someone else kill the babies, though she knew she was the killer.

Green, a former nurse at New York Hospital who worked with more than 1,000 children during a 20-year career, is using an insanity defense based on postpartum depression syndrome. Prosecutors contend the deaths were intentional.

Green sobbed as she told how she and her husband, Larry, were overjoyed when their first child, a girl named Patty, was born in 1980.

"I was very happy," Green said as her husband stared at the courtroom floor. "I wanted to have my own child to love. (But) whenever the nurse brought the baby in, I'd cry and I didn't know why. I had taken care of 1,000 babies and I finally get my own baby and I was crying."

She and her husband took Patty home a few days later and all was well until her husband went to work.

"Did something happen to the baby?" her lawyer, Michael Dowd, asked gently.

"Yes," she replied. "I saw myself standing over her. I felt like a part of me wasn't there. Another part of me was there doing something to my baby. I couldn't believe this was happening."

“Did you want to kill your baby?” Dowd asked.

She said the baby was rushed to a hospital, where she died an hour later. An autopsy ruled that baby died of heart problems. Green took her terrible secret home with her and told no one.

Green became pregnant again in 1982 and gave birth to a boy named Jamie. Again, she said, she killed the baby within 24 hours of bringing the child home.

“I heard the baby cry and I got up and then I remember part of me standing over him . . . I was seeing myself. My hands were trying to hurt this baby . . . trying to suffocate the baby with a pillow.”

Green said the final child.' Larry Jr., was born in 1985. Officials kept the child in the hospital for three weeks, because of the two other deaths, but the couple was finally allowed to take him home.

Green said she began suffocating the baby, but stopped and ran hysterically to a neighbor's apartment and got help. The child survived and is living with relatives.

After the attempted murder, Green said she told her husband she had killed the babies and that she needed help. She later underwent voluntary sterilization. 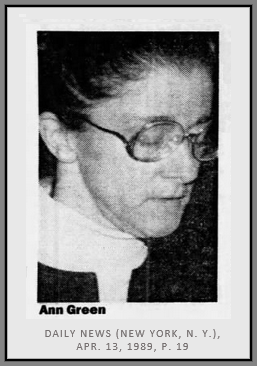 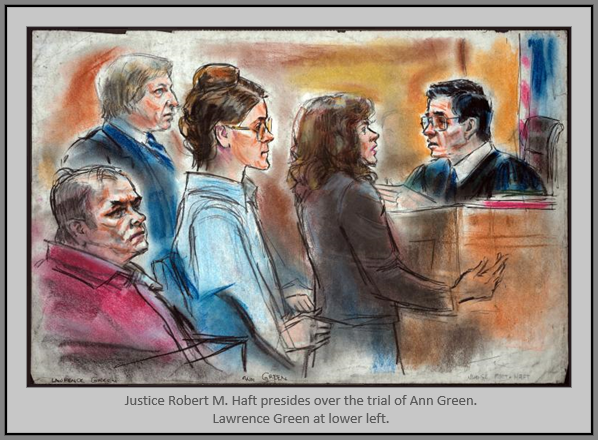 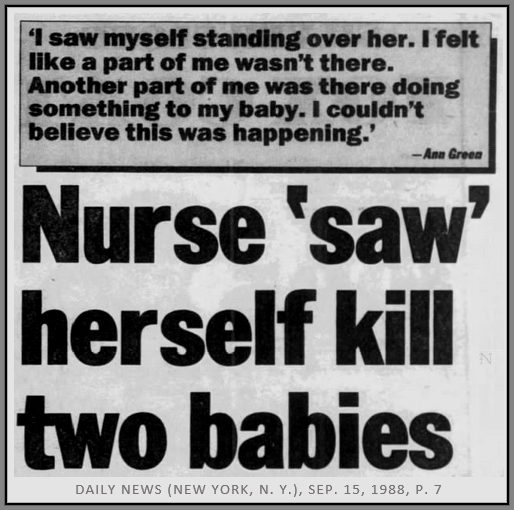 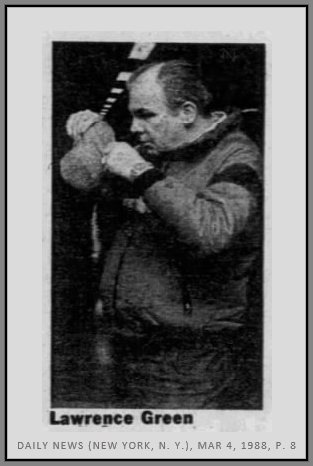 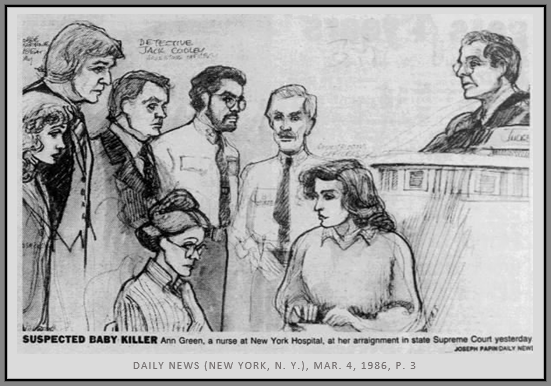 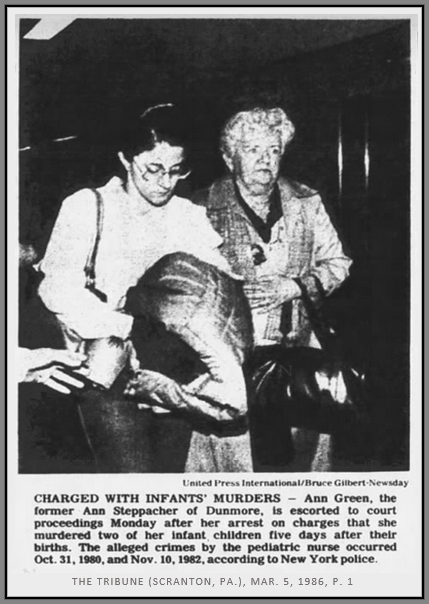 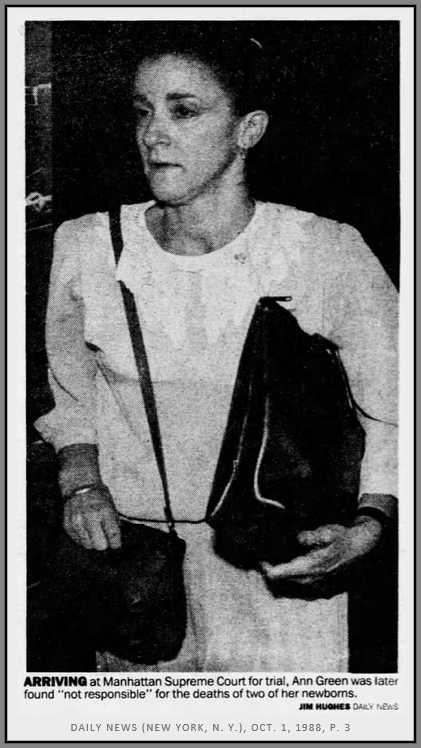 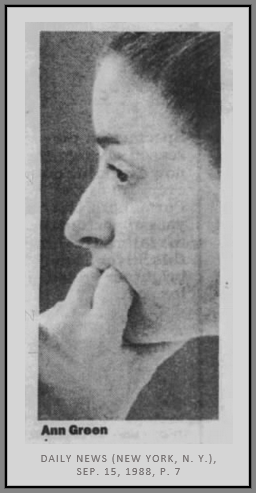 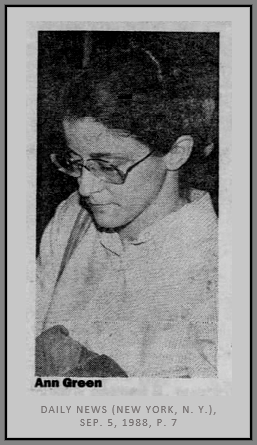