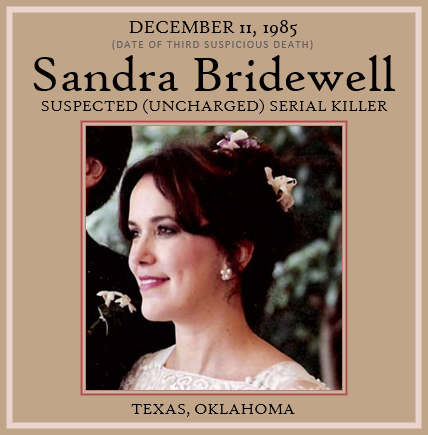 After graduating from high school in 1962, Sandra Camille Powers, who rarely dated as a student, began frequently dating men. Many of them became smitten with Bridewell due to what one of Sandra's friends called her "ladylike, 'poor helpless me' routine." [bio.com]

This “routine” was to serve Sandra, best known as Sandra Bridewell, handily in her three-decade long career as con-woman and serial killer. Suspected of two or three murders of, of targeting at least one female acquaintance for a life insurance/murder scheme, Sandra was never charged for homicide. It was only at the age of 63 that “The Black Widow” as she was then known, thanks to articles by Dallas journalists, was finally jailed. But it was just a minor charge, identity theft, and it only put her away for two years.

~ Sandra’s own “Law of Attraction”

Sandra Bridwell had written this phrase over and over in a small tablet (discovered in 2003): "I attract millionaires and billionaires and they have all the resources I need. And when I meet them, I will persuade them to give me what I want." [Glenna Whitley, “Return of the Black Widow,” Dallas Observer (Tx.), Jan. 22, 2004]

The Bridewell case is documented in detail in first-rate long-form articles published by D Magazine and The Dallas Observer. 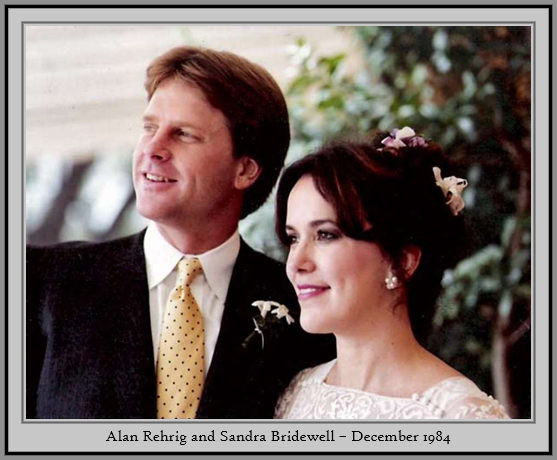 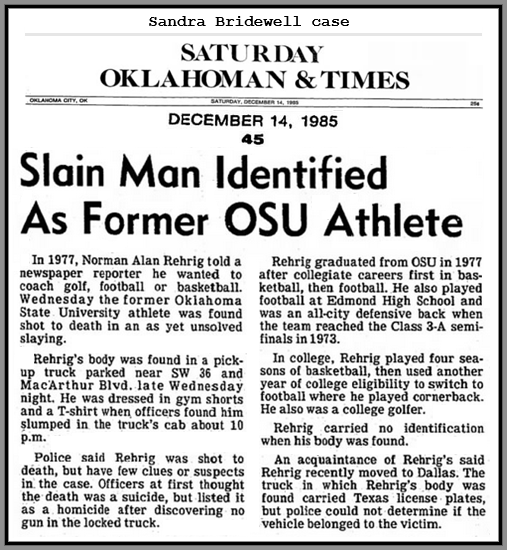 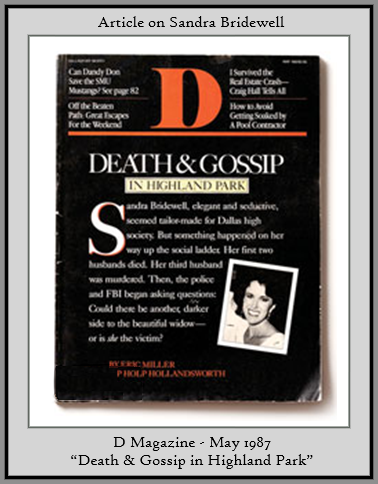 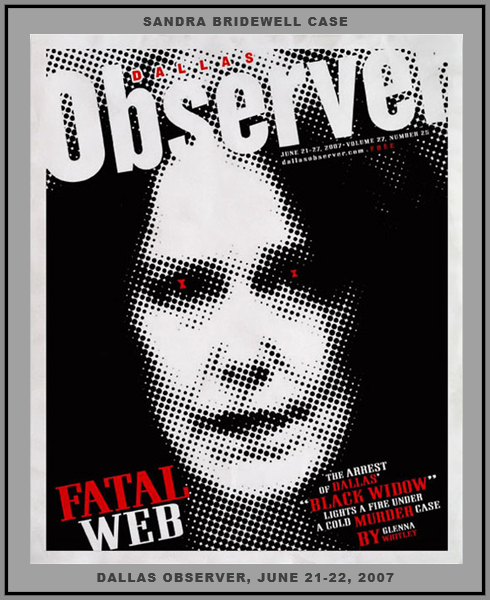 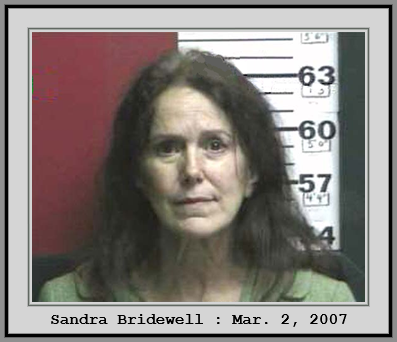