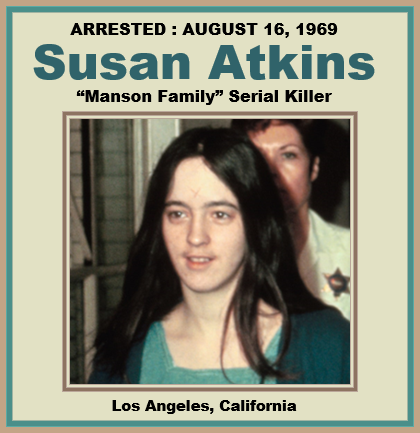 Wikipedia (excerpt): Susan Denise Atkins (May 7, 1948 – September 24, 2009) was an American convicted serial killer who was a member of Charles Manson's "Family". Manson's followers committed a series of nine murders at four locations in California, over a period of five weeks in the summer of 1969. Known within the Manson family as Sadie Mae Glutz or Sexy Sadie, Atkins was convicted for her participation in eight of these killings, including the most notorious, the Tate murders in 1969. She was sentenced to death, which was subsequently commuted to life imprisonment when the California Supreme Court invalidated all death sentences issued prior to 1972. Atkins was later incarcerated until her death in 2009. At the time of her death, she was California's longest-serving female inmate.

Manson, Krenwinkel, Van Houten, and Atkins went on trial on June 15, 1970. Watson was later tried separately as he was at the time in Texas fighting extradition. Kasabian was offered, and accepted, legal immunity. As Kasabian had not played a direct part in any of the murders and never entered either residence, and by several accounts had challenged Manson over the killings, the offer of immunity to her was less bitterly contested, particularly by the prosecutor, Vincent Bugliosi, who has commented that he was relieved the offer was withdrawn from Atkins.

During the sentencing phase of the trial, Atkins testified that she stabbed Tate. She stated that she had stabbed Tate because she was "sick of listening to her, pleading and begging, begging and pleading". Little credibility was given to Atkins' testimony in general, as it frequently contradicted known facts. She claimed "(Manson) told us that we were going to have to get on the stand and claim we had deliberately and remorselessly, and with no direction from him at all, committed all the murders ourselves".

Throughout the trial, Atkins and her co-defendants attempted to disrupt proceedings and were noted for both their lack of remorse for their victims and lack of concern for their own fate. They sang Manson-penned songs while being led to the courtroom. All four defendants were sentenced to death on March 29, 1971. Atkins was transferred to California's new women's death row in April 1971.

“Atkins married twice while in prison. Her first marriage was to Donald Lee Laisure on September 2, 1981. Atkins became the mercurial Laisure's 35th wife, but the two divorced after he sought to marry yet again. She married a second time, in 1987, to a man fifteen years her junior, James W. Whitehouse, a graduate of Harvard Law School who represented Atkins at her 2000 and 2005 parole hearings. He maintained a website dedicated to her legal representation.” [Wikipedia] 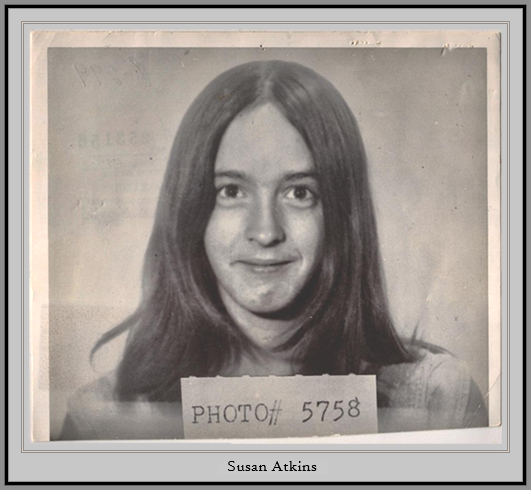 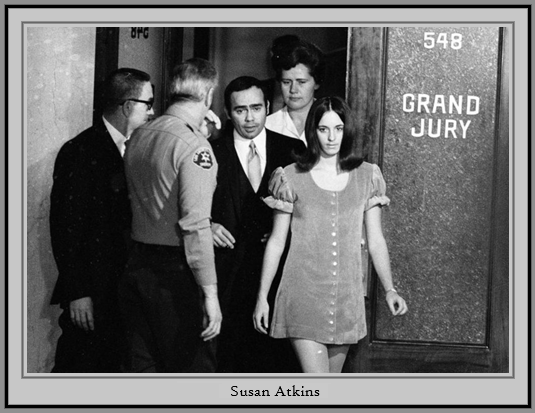 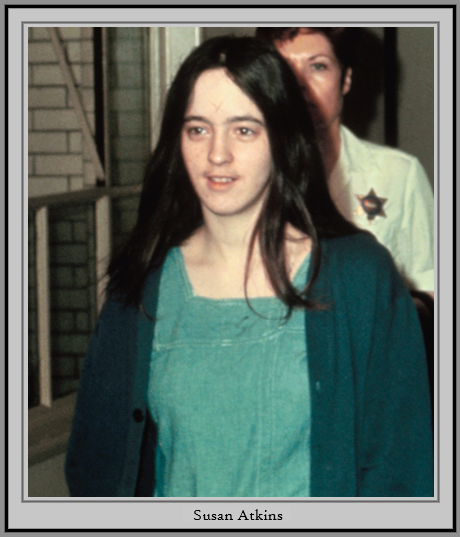 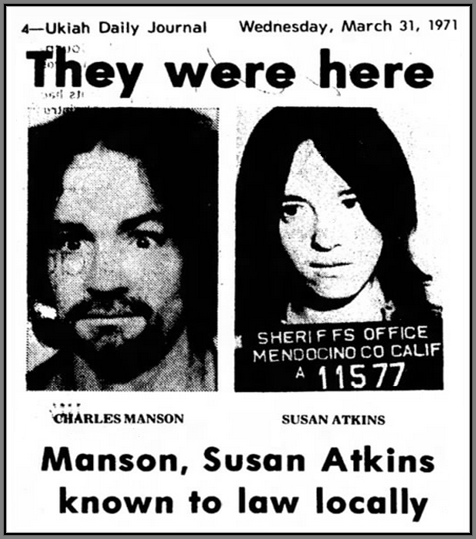 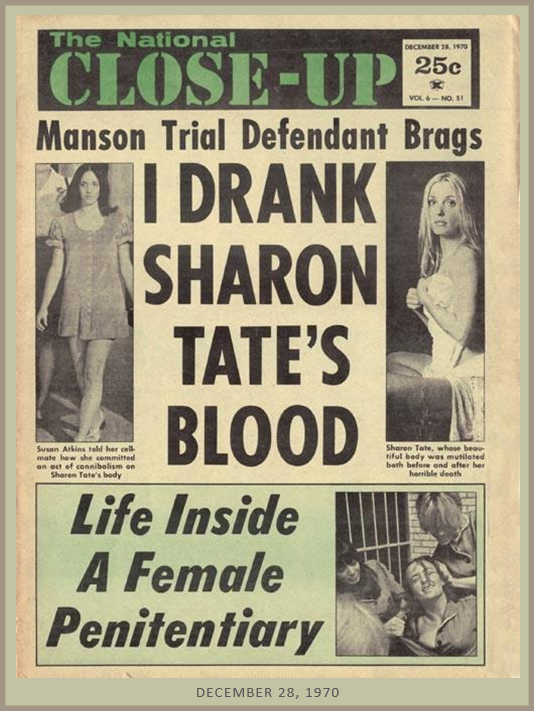