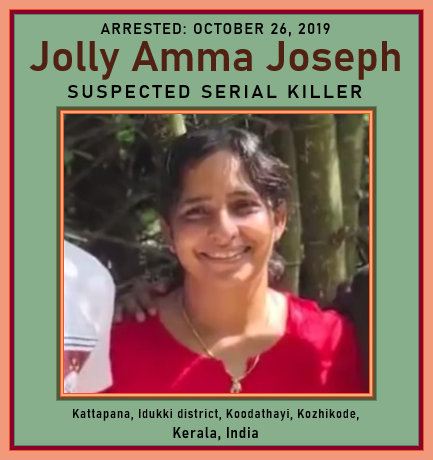 Following the exhumation and examination of six corpses on October 5, 2019, 47-year-old Jolly Amma Joseph was arrested and charged with six murders, all family relations.  It is reported that she confessed to all. Among the dead were her ex-husband, Roy Thomas and the 2-year-old daughter of her present husband, Shaju. Two accomplices were also arrested, M. S. Mathew (44), and Praji Kumar (48).

It is alleged that cyanide was used in each of the killings.

Motive – According to KG Simon, the principal motive behind the alleged murders was Jolly’s desperation to sustain her web of lies. “She had lied to her in-laws, fabricated educational degrees, lied about a job for 14 years and created a fake will to get her father-In law’s property. She was desperate to sustain the narrative and in the process committed the murders as well,” Simon added. [Evangeline Elsa, “Charge sheet filed for the murder of Jolly Joseph's first husband Roy Thomas,” Gulf News, Jan. 2, 2020] 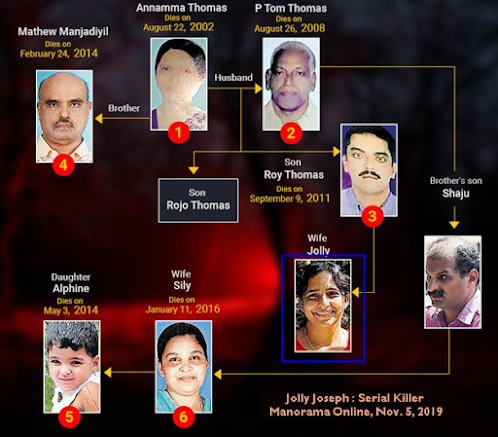 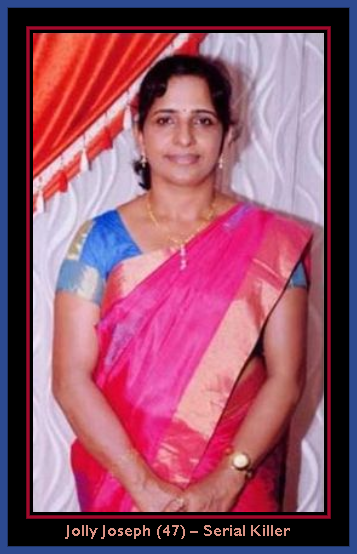 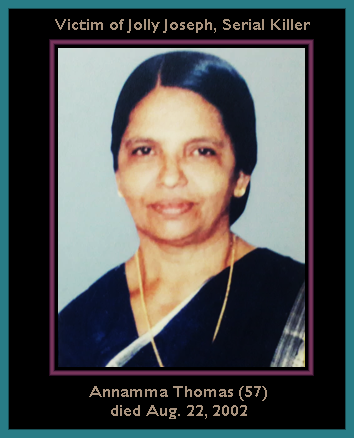 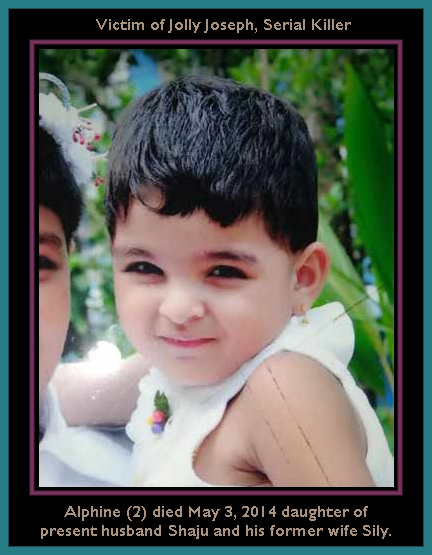 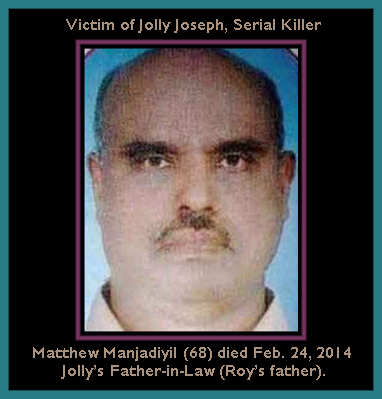 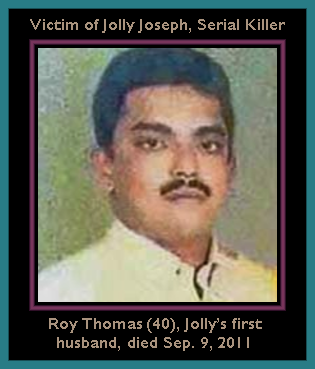 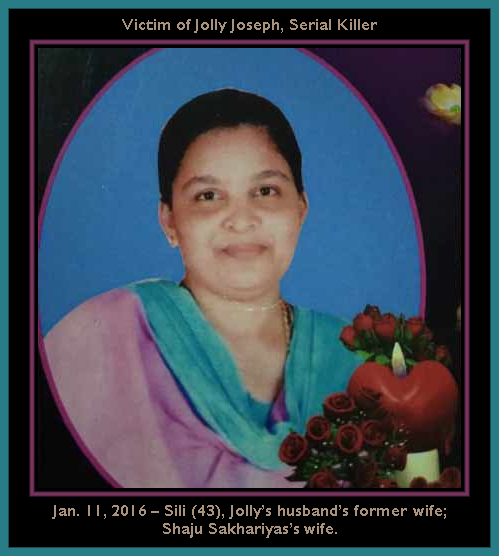 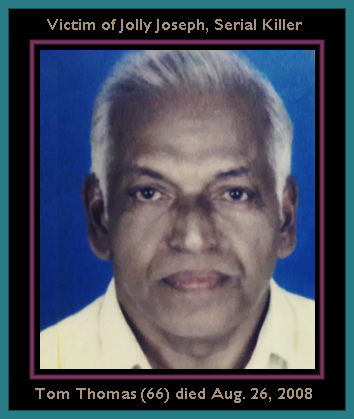 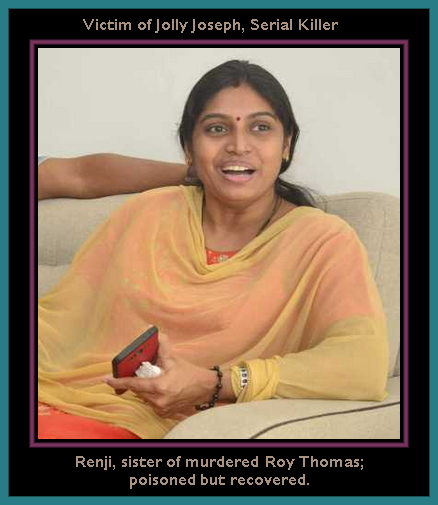 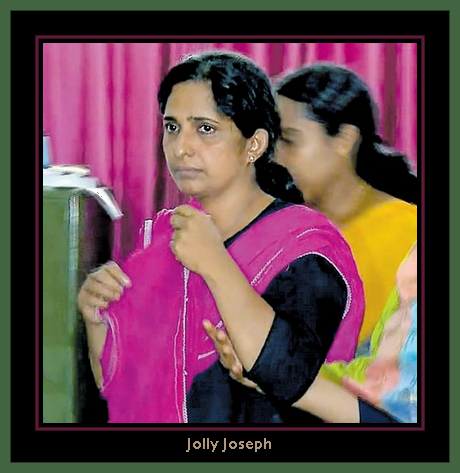 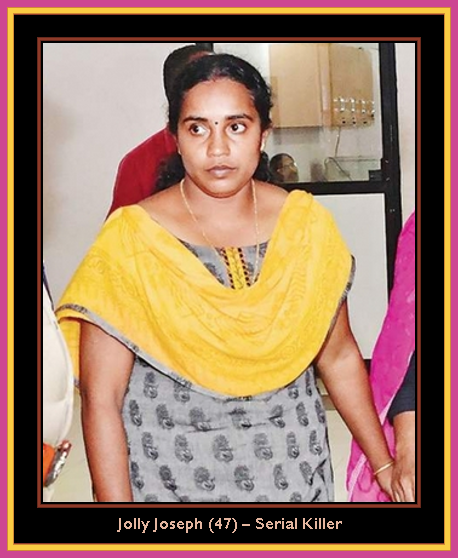 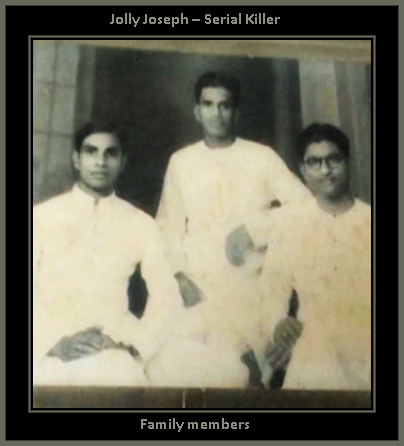 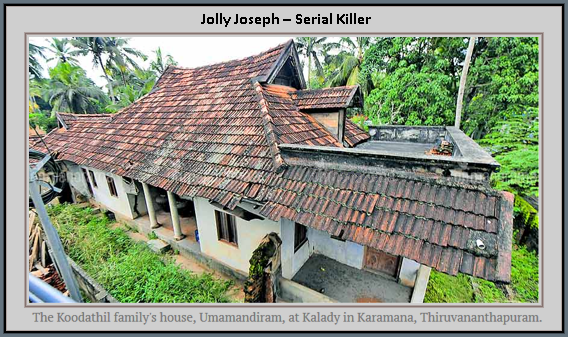