Muriel Wrightman “Strangles Baby Prettier Than Her Own” - 1956 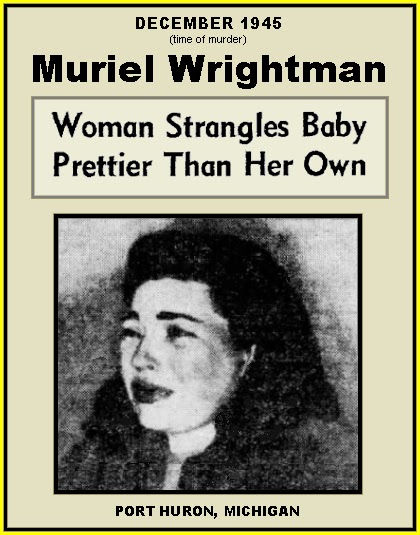 PHOTO CAPTION: ARRESTED— Detroit police are holding this woman, identified as Muriel Wrightman, 23, for investigation in the death of her 10-week-old niece in Algonac, Mich.

FULL TEXT: Port Huron, Mich., March 30. — A 23-year-old unmarried, mother was held in St. Clair County jail Saturday night after confessing she strangled her 10-week-old niece last December in a fit of jealousy .because the child “was prettier than my own baby.” Muriel Wrightman, Algonac, Mich., was brought here from Detroit, where she surrendered to police and admitted the slaying. She told. authorities it had been “preying on my mind.”

It was the second announced confession of a child slaying in Michigan in three days. In Detroit earlier police said Mrs. Jeannette Grosso, 36, had admitted beating to death, her four-year-old niece, Anna Lee Ratcliff.

Mrs. Wrightman said her decision to surrender came in a pang of conscience after reading accounts of Mrs. Grosso’s announced confession.

Her niece, Shirley Ann Little, was found dead in her crib at Algonac last December with a corner of a blanket stuffed in her mouth. Death at the time was attributed to accidental suffocation.

“I got tired of the baby and of hearing about how much prettier she was than Victoria Ann,” Miss Wrightman told police, “I got jealous, I guess.” 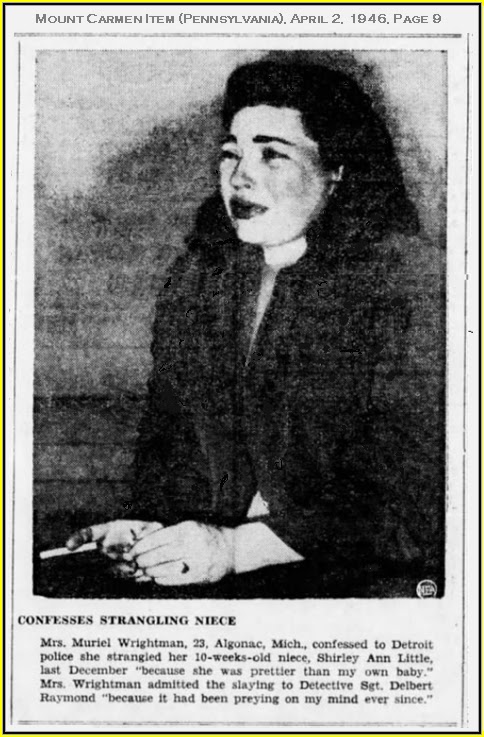 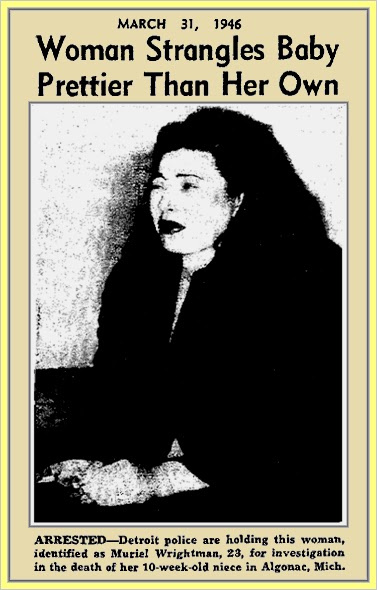