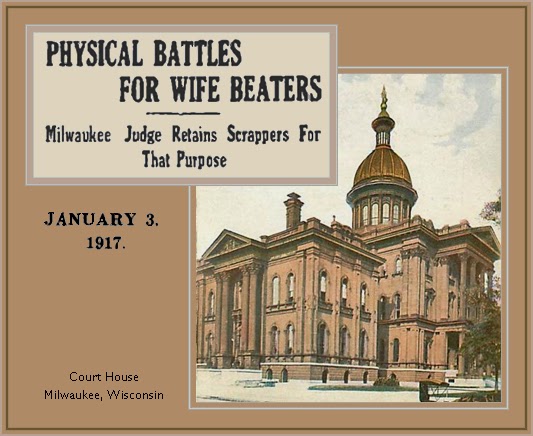 FULL TEXT: Milwaukee, Jan. 3 —The next wife beater brought into the district court will have to fight a man. A group of beaters of wife beaters is actually in existence and has been fostered by Judge Page.

The judge has more applicants for membership than he can accommodate, but is holding the list in reserve and some day a wife beater is going to get into a physical combat with a real adversary. Philip Schmidt was in court, charged with chasing his wife and four children into the street. It was while lecturing Schmidt that the judge spoke of his list of applicants to give physical retribution to wife beaters.

Schmidt blamed drink for his conduct. The judge placed him on probation. “The next time a wife beater comes, here I am going to turn one of my big scrappers on him and see how he likes it,” said the judge.