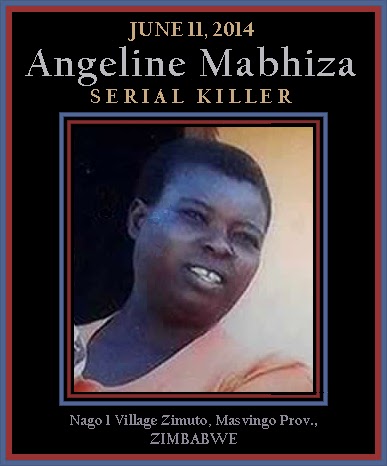 On June 11, 2014 Angeline Mabhiza, 32, of a small village in Masvingo Province, Zimbabwe murdered her two children (Farai, 2, Taurai, 6), a cousin’s child (Leon Mabhiza, 7) by poisoning them with pesticide used on cotton crops and then committed suicide by the same method. They wrere not the woman’s first murders. In 2011 and 2012 she murdered her own newborns. In Zimbabwe the term “dumping a baby” is used to describe neonaticide committed by the mother.

“A grief-stricken Martha Mabhiza, 51, aunt to Angeline, said her niece led a controversial life because of her history of dumping her babies. She said although Angeline had not shown any signs of mental illness, she had developed into a ‘dangerous’ woman with no love for children.” [Mswazie, 6-13-14]

A mass burial was being held two days after the killings for the children, Farai, 2, Taurai, 6, and their cousin, Leon Mabhiza, 7, in Nago 1 Village Zimuto, Masvingo Prov., Zimbabwe. 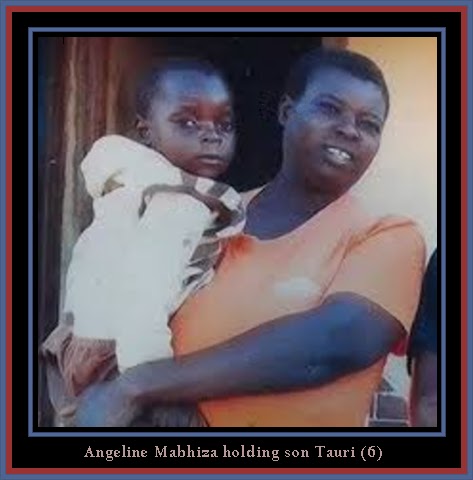 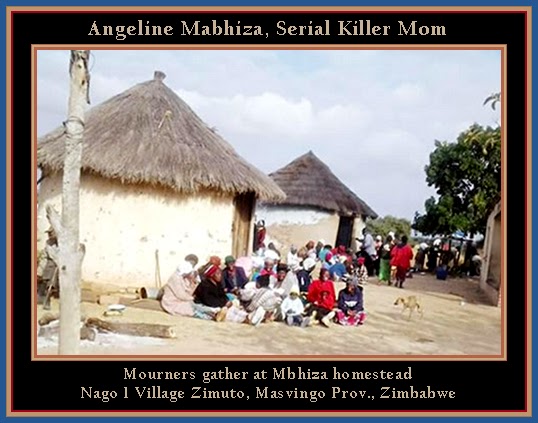