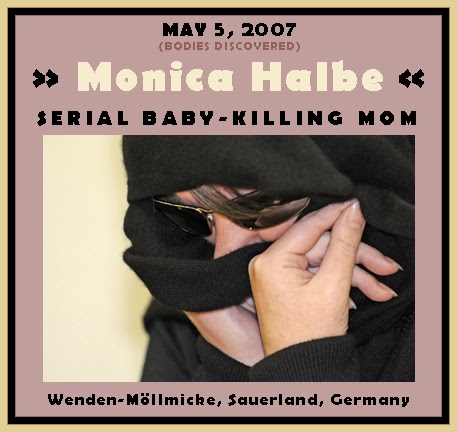 On May 5, 2007, eighteen-year-old  Johannes Halbe, living in a small German village of Wenden-Möllmicke went to the freezer to get a frozen pizza. There he found by accident shopping bags containing terry towels inside of which were the remains of three tiny babies. One of the packages’ wrapping included a newspaper. It was dated “December 30, 1988.”

The Halbes have three living children besides Johannes: Stefanie, 23 at that time, and Sebastian. They and their father Thomas said they had been unaware of the pregnancies.

Monika explained the reason she kept the three baby corpses years at home in her freezer stating: “I wanted the kids always to be near me.”

At the time of the trial Halbe was undergoing voluntary psychiatric treatment at a guarded facility.

Judge Wolfgang Muenker when sentencing Moonika Halbe, related biographical details to demonstrate his reasoning for sentencing. She was the youngest of eight children, trained as a dental assistant but gave up work after being bullied. Her first sexual relations were “not consensual,” he noted. He said that she suffered from “an irrational fear of doctors and especially of gynaecological examinations.”

On December 1, 2008, Monika Halbe, 44, was found guilty by the Siegen state court of killing two of her babies. She was sentenced to four years and three months. The first death ineligible for prosecution due to statute of limitations.

Home in Wenden-Möllmicke, a village with 1650 inhabitants Sauerland, Germany. 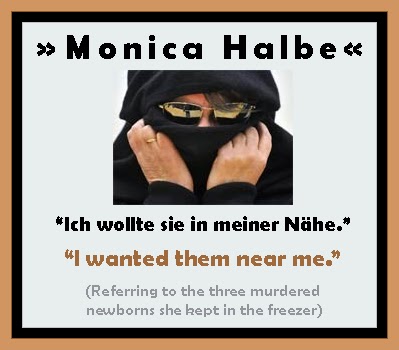