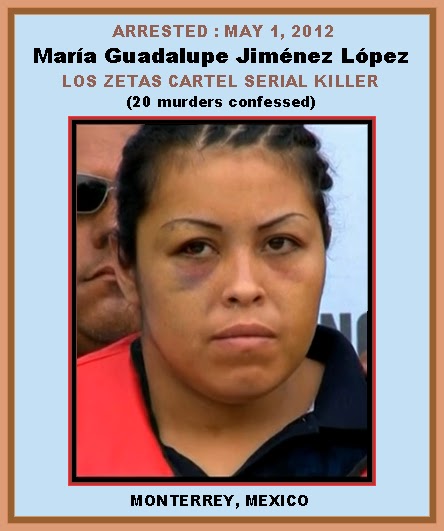 On May 1, 2012 María Guadalupe Jiménez López, aka La Tosca, a 26-year-old widow was arrested and accused of being the leader of a Los Zetas cell in the city of Nuevo León. Other gang members, four men and two women, were arrested along with her. The gang members faced charges of multiple homicides, kidnappings, extortion and the distribution of drugs. One of Lopez’s enterprises was a “protection” racket in which she reportedly extorted money from 14 businesses. She is believed to have been responsible for the murder of law enforcement investigator Antonio Montiel Álvarez, killed when he was ambushed while on patrol, plus 19 other murders. 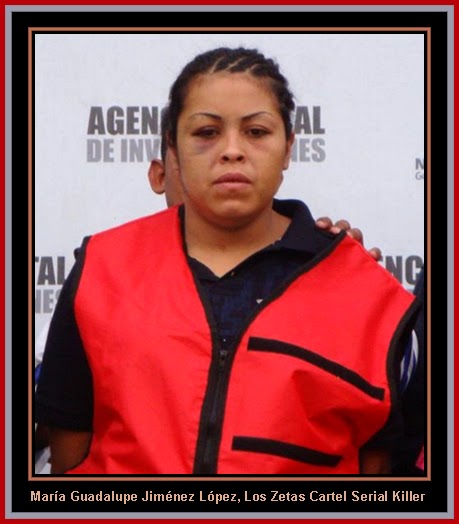 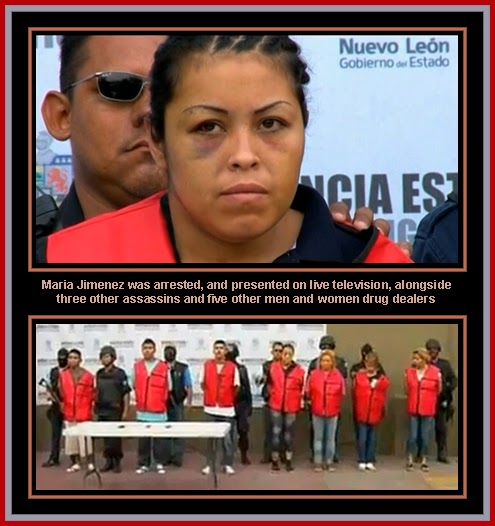