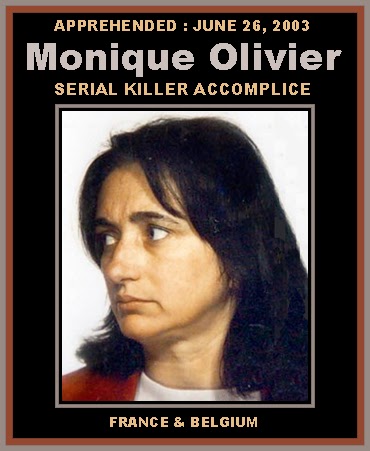 Monique Olivier, 59, helped Michel Fourniret [apprehended Jun. 26, 2003], the so-called “Ogre of the Ardennes”, to lure young women into a van so that he could kidnap and rape them. “Using an image of happily-married respectability, Olivier would gain the confidence of the girls and women they had identified as prey.” The couple would then kidnap the victim. “After they had been bound, gagged and sometimes drugged by her husband, she would examine them to check they were the virgins he desired.” In the press Monique Olivier was dubbed the “Bloody Muse.”

During their trial in Charleville-Mézières, France, near the Belgian border, the proscecution presented a report stating that Monique acted “in the sole aim of allowing him to fulfill [her husband’s] fantasies.” Fourniret, then 65, was on trial charged with the murder of seven girls and women aged between 12 and 21 in France and Belgium between 1987 and 2001. He had confessed to the crimes.” Fournier referred to the girls he raped as “beautiful little subjects” before shooting or strangling them. Bodies were discovered in various locations, including two disinterred at the couple’s home in France, Sautou Castle.

Numerous other murders by Fourniet are suspected. He is known to have committed two murders before he and his wife began their series of “virgin-hunting” murders.

The couple’s trial involved the murders of seven females (aged 12-22). Each was convicted of multiple murders on May 28, 2008 and sentenced to life in prison. Fourniet still faced charges in three other murders.

EXCERPT: In December 1987 in Burgundy, Olivier stopped her van to ask directions from Isabelle Laville, a 17-year-old walking home. Laville got into the van to help. Olivier then stopped for a hitchhiker, Fourniret. Laville was raped and murdered and her body thrown down a well. The murder set a pattern in which the couple would lure victims, on roadsides or railway stations, by asking for help, and by Olivier posing as a kind lady or a woman in need.

For their second murder, when Olivier was eight months pregnant, the couple convinced a young woman to help them find a doctor. Later, they posed with their son in a baby-seat in their car. One 13-year-old victim got into their van in a supermarket car park near Nantes after they asked for directions.

Jeanne-Marie Desramault, a 20-year-old who lived in a convent, met the couple on a train and enjoyed going out with them and their baby. She was murdered after Fourniret attempted to rape her. He said she looked like the incarnation of the Virgin Mary. …

Olivier, on trial for one of the murders and complicity in four other crimes, was described as Fourniret’s “bloody muse”. She admitted watching his crimes through a mirror from another room, on her husband’s orders. Her defence lawyers said she was terrorised by a domineering husband. But the state prosecutor described her as a willing accomplice, who displayed a “deafening silence” to the screams of girls being raped. Olivier told the court the couple re-enacted the crimes later.

One, a “serious, prudent and intelligent” 20-year-old student, had the magistrates said.

Murder method: Victims were strangled, shot or stabbed with a screwdriver. In one case air was injected into the victim’s veins to provoke a heart attack. 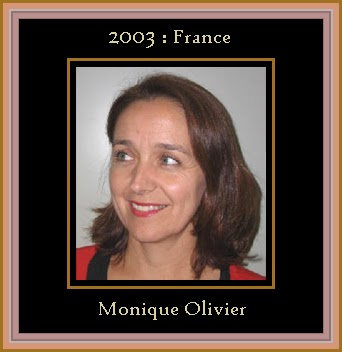 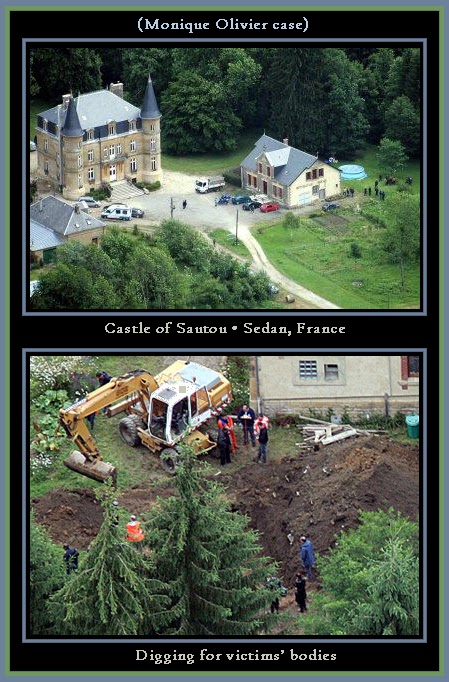 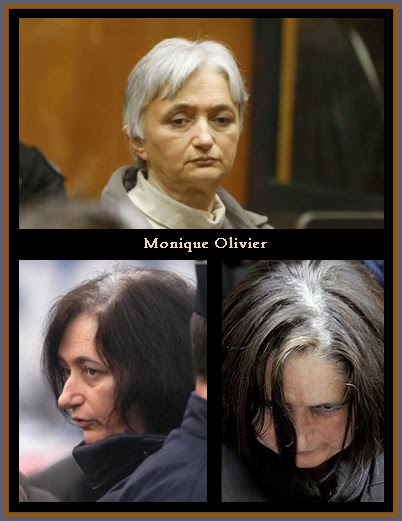 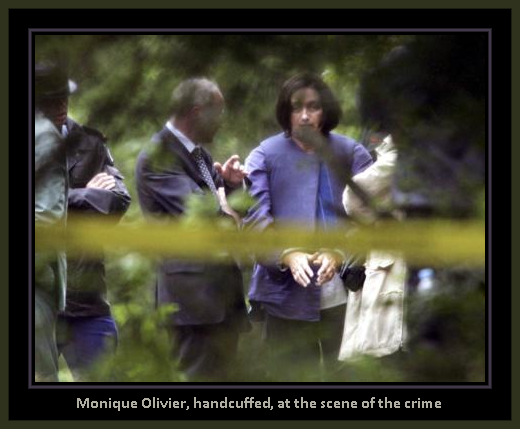 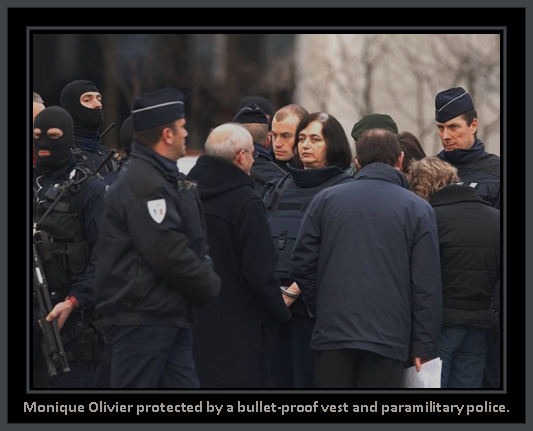 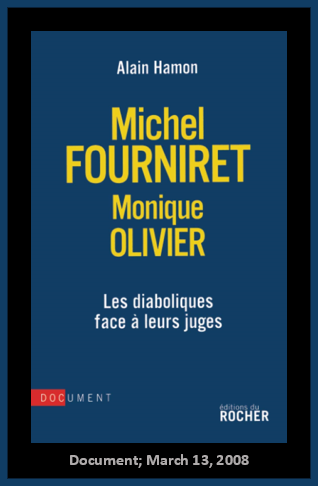 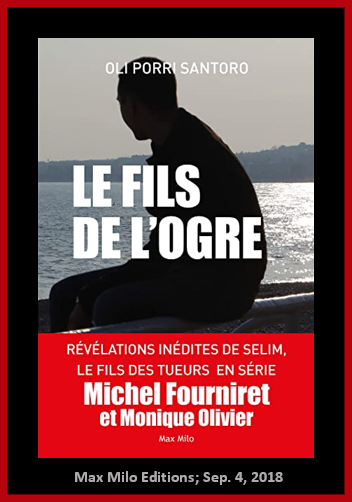