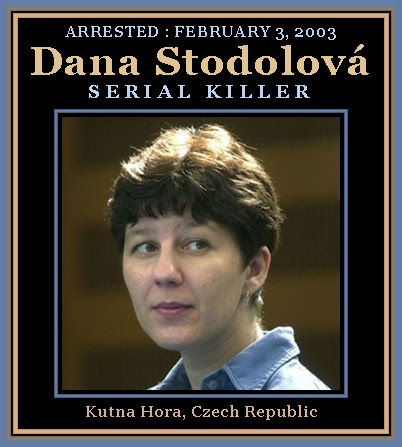 For over a year in 2001-2002 Czech serial killer couple Dana Stodolová (29) and husband Jaroslav Stodolová (33) preyed upon elderly neighbors and other old folks they take short trips to find. They were after money but often found it convenient to murder those they stole from. They murdered at least six though strangling, smothering or stabbing to death. One of the murders was committed by Dana on her own in which she stabbed her victim, Mary Čondlovou (78) of Henry Hradec, to death.

They were arrested Feb. 3, 2003 for a robbery and confessed to the theft. The stolen goods turned over to police tied the couple to other crimes, robberies involving murder, and their series of robbery-killings was able to be reconstructed. They were convicted on April 26, 2004 and sentenced to life imprisonment.

Following is a resume of their crimes:

• On September 30, 2001, the masked duo robbed Alois Miškovského (77) of Chabeřice of 160 crowns. They left the victim tied up. He was not found for two days and died less than a year following the attack.

• November 16, 2001, staying with Dana’s mother in Slavošov, they robbed a neighbor Jaroslava Šanda (75). The retrieved 40,000 crowns but the victim managed to pull the nylon stocking from Jaroslav face. Jaroslav strangled him to death so he would not be identified. They put the body in bed and surrounded it with lighted candle as a way of burning the house in a delayed manner. The autopsy was faulty and missed signs of strangulation.

• November 28, 2001: Another neighbor, Růženy Skohoutilové (68) was robbed of jewels and 50,000 crowns cash by the couple. The victim was asphyxiated with a scarf and pillows and buried the body buried in the garden, along with several documents and articles of daily use that they thought, by their absence, would create the impression that the woman had traveled somewhere. About 6 months later her son in law was constructing green houses he discovered the body. Police erroneously attributed the crime to a trio who had recently committed another murder.

• April 30, 2002: In the village Měchonice they attacked Antonína (66) and  Mary Krále (62). They strangled their victims and turned on the stove’s gas so that the deaths would be thought accidental asphyxiation. Autopsies failed to note strangulation.

• August 11, 2002: In Chabeřice the pair broke into the home of Růženy (78) and Václav (85) Hromasových, who were known to the criminals because they had in the part lent them money. They tied the woman up and Dana began to strangle her with a towel and panties, which picked up a clothesline. The husband was awakened and Dana, holding a knife, threatened to kill his wife unless he told them where their money was. The made of with 21,000 crowns. They left the victims alive.

• September 14, 2002:  Dana committed a murder on her own in Henry Hradec. She expressed in terest in finding a job and a place to stay. She won tthe confidence of Mary Čondlovou (78), and was allowed to stay in her home. The following day when her benefactor came home Dana attacked her and tied her to a chair, demanding money. When Čondlová refused, Dana gagged the woman, struck her twice on the head with a rolling pin [?] and then stabbed four times in the chest with her knife.

• October 28, 2002:  in Slavošov the attacked Joseph Malin (81), who lived in the house opposite them. Malina had often publicly boasted that he had saved a large sum of money. The knocked on his door and Jaroslav stunned him with a sharp blow to the head knocking him down. They then attempted to hang the victim from the rafters using a telephone cable, but it snapped. They attempted the procedure again with success. The intention was to simulate suicide. They made off with 2 million crowns [?]. Investigators classified the death as suicide.

• December 2, 2002, the Stodolovás broke into the home of Bozena Cerháková (92) and his daughter Helen (52) in Brněnec and another daughter who was visiting, Dagmar Weiss (62). The couple had heard Helena was preparing to buy a house so they assumed she was flush with cash. After they forced Helen to reveal where the money was hidden the killing began. Dagmar [?] was strangled with a scarf. Bozena was smothered with a pillow but not completely. Helen was strangled in the bathtub. Dana sliced the woman’s wrists to simulate suicide. The intention was to set the scene of a deadly family quarrel ending in the suicide of the killer. Bozena survived the attack, and but offered police a disjointed testimony, in which he identified only Jaroslav. Jaroslav was questioned but did not confess and there was a lack of evidence.

• February 3, 2003: They robbed a rich retiree, Joseph Peroutka (78) in Onšovec. Jaroslav asked the man for some water for a pregnant wife whom he said had fainted. The robbers locked their victim in the basement and rushed their search, found no money, and left with only a stolen mobile phone and some sweets. The old man was found and freed by police the following day. The officer already know the couple and was able to be confident they were the culprits. He charged them with the robbery. The stolen goods they turned over provided evidence tying them to the double murder in Brněnec. Eventually they confessed to the series of robberies and murders outlined here.

Note: Effort has been made to accurately convey the facts based on the Czech Wikipedia entry on the case. Please notify us if errors are detected. 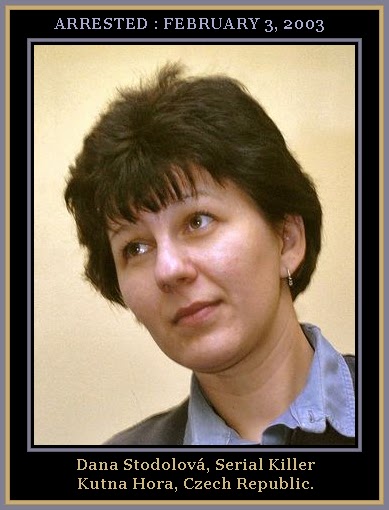 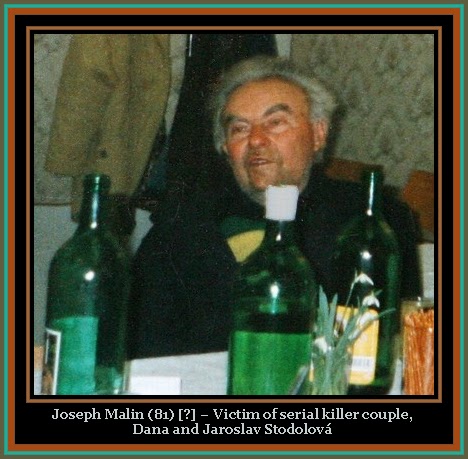 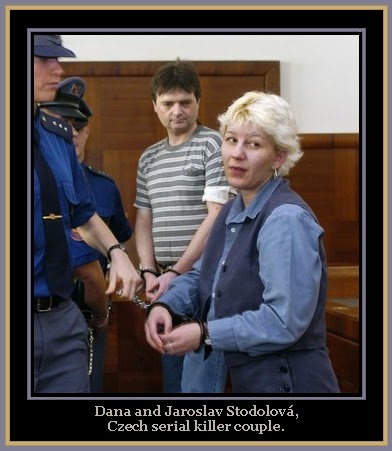 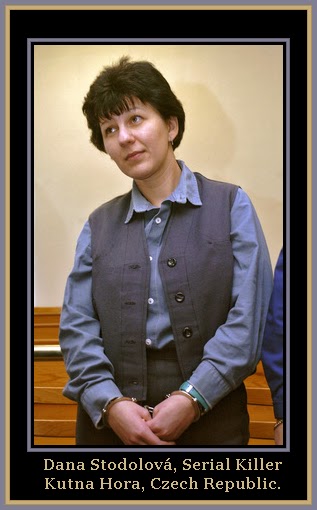