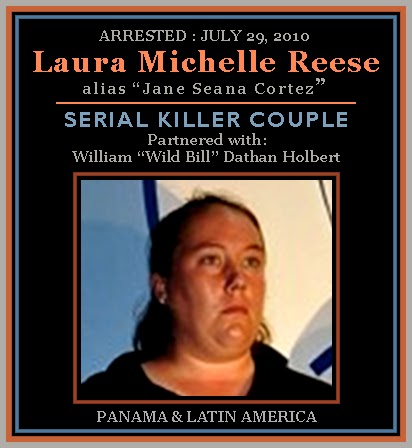 Laura Michelle Reese, alias “Jane Seana Cortez” and William “Wild Bill” Dathan Holbert, 30, alias “William Adolfo Cortez,” were a serial killer married couple who operated in central America, plying a racket based on real estate in which they would rob and murder victims they contacted over real estate deals.

They were featured on the American TV show “America’s Most Wanted” which led to their being listed with Interpol as wanted fugitives on July 24, 2016 at the request of Costa Rican law enforcement. They couple was captured by the Nicaraguan army in Rio San Juan on July 26, 2010 as the fugitives attempted to flee from a checkpoint.

Holbert and Reese were immediately deported to Panama to face multiple charges of murder in that country. According to Officials in Nicaragua Holbert and Reese were suspects in about 40 murders committed throughout Mexico and Central American nations, Belize and Costa Rica, as well as Panamá. The couple killed people in order to confiscate properties, personal possessions and bank accounts.

In May 2012 the couple were given three separate trials for five murders committed in Bocas del Toro, Panama. All five bodies were found buried on the couple’s property. Each was shot in the head.

The bodies of Cheryl Lynn Hughes, 53, and Bo Icelar were found on July 23, 2010, and on August 3, the corpses of Michael and Manchittha Nan Brown, and their teenage son Watson. Bocas del Toro were dug up.

Assistant Prosecutor Angel Calderon stated that Holbert “picked out his victims after making their acquaintance, knowing that nobody would ask about them, he got rid of them.”

Holbert also confessed “that he murdered his sixth victim, American lawyer Jeffery Arlan Kline, in a boat in Panamanian waters. Holbert then went by sea to Costa Rica where he buried Kline on a farm he owned there.” Holbert attempted to protect Reese from being charged, claiming her was completely responsible for the murders. Yet both were convicted and sentenced to prison. (reports of the date of convictions and sentencing have not yet been located.)

EXCERPT: “William Dathan Holbert, aka “Wild Bill”, filed for divorce from his wife Laura Michelle Reese after learning she was cheating on him with another detainee. Laura met her lover in the women’s prison in Los Algarrobos, Chiriquí, when he was performing work in the prison, according to Holbert’s legal representative. Holbert asked the prison authorities to suspend conjugal visits, which were held once a month with his wife.” [Don Winner, “William Dathan Holbert, ‘Wild Bill’ Files For Divorce - Laura Michelle Reese Was Cheating On Him, Panama-Guide.com, Mar. 26, 2013]

2000 – couple move to Panama.
Ca Dec. 30, 2007 – Michael Watson Brown, murdered?
2010? – America’s Most Wanted website; “According to the America’s Most Wanted article, William Dathan Holbert was involved in a similar scheme of taking over a house in North Carolina.”
DATE? – Jeff Kline, American lawyer, murdered.
Jul. 23, 2010 – “The story broke Friday [Jul. 23, 2010] when the prosecutor’s office in Boca de Toro confirmed that two bodies had been found on property occupied by the pair. By that time they had crossed over into Costa Rica.”
Jul. 26, 2010 – “A man and woman sought for investigation of multiple murders in Panamá seem to have spent several weeks in Costa Rica before they tried to flee to Nicaragua Monday [Jul. 26, 2010] morning.”
Jul. 29, 2010 – deported in shackles from Nicaragua to Panama.
Jul. 30, 2010 – statement given by Holbert.
Aug. 3, 2010 – 3 bodies found. Michael and Manchittha Nan Brown, and their teenage son Watson. Bocas del Toro, Panama. Shot in head.
May 7,  2012 – will be for the murders of Michael and Manchittha Nan Brown, and their teenage son Watson. Superior Tribunal in Chiriqui.
May 21, 2012 – is the trial for the murder of Cheryl Lynn Hughes. Superior Tribunal in Chiriqui.
May 29, 2012 – for the murder of Bo Icelar. Superior Tribunal in Chiriqui.
Mar. (?) 2013 – divorce filed. 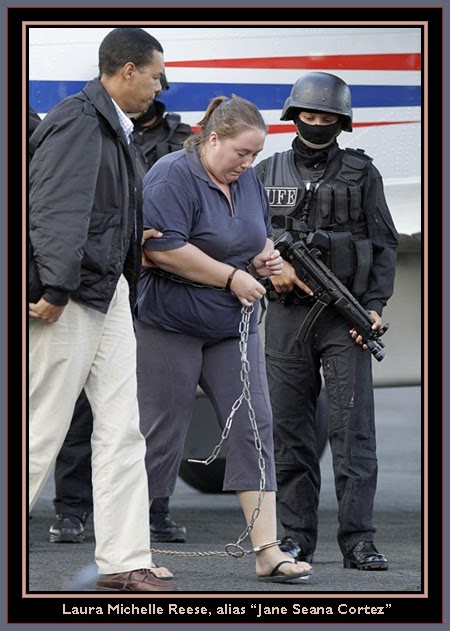 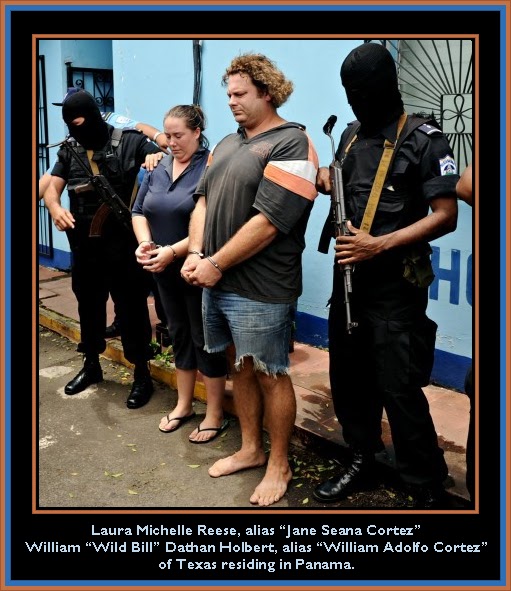 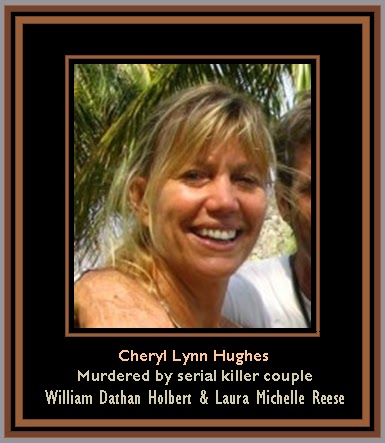 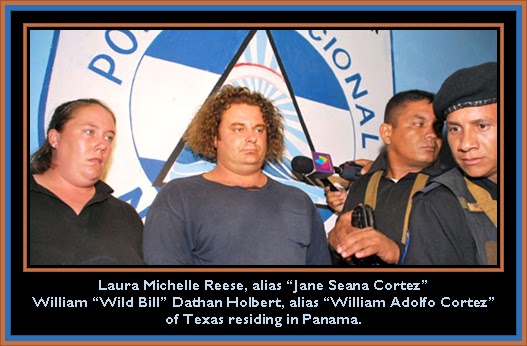 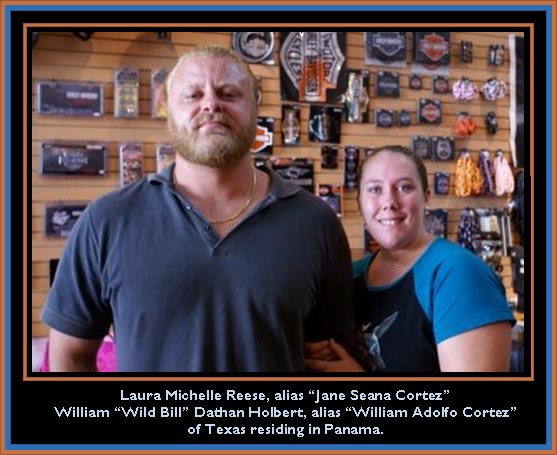 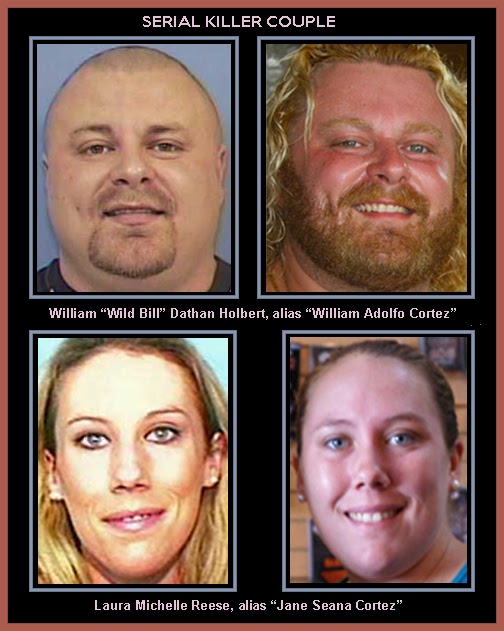