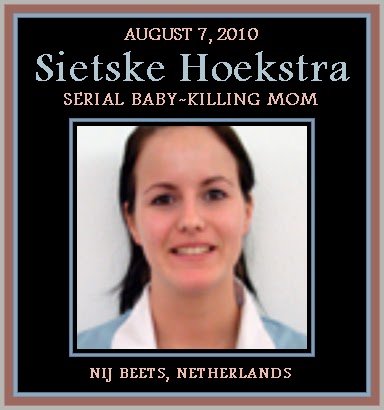 Sietske Hoekstra, 25, took a maternity leave from her job with her dentist employer, Gerrit Ike from Beesterzwaag, Netherlands, in March 2010. When Hoekstra, who was residing with her sister in Nij Beets, returned to work she notified her boss of the sad news that the child had miscarried. This was the third time this happened and this time Dr. Ike was deeply suspicious and reported his employee to the police. She was pregnant when she joined the dentist office in 2006 as an intern. When Dr. Ike mentioned her pregancy she denied it. He found it strange but let it drop. After she was hired on in 2008 she again became pregnant at the end of the year. Later in this term of pregnancy in the summer of 2009 she claimed she was acting as surrogate mother. Dr. Ike found this plausible because, as he later said, “it suited her character.” Yet with some people she simply denied being pregnant despite her visible maternity belly. She acted offended at the suggestion.

Following the tip-off police began an investigation. When asked about the pregnancies Sieske concocted a new yet easily disprovable fabrication. She claimed she had put the babies up for adoption. When, after stalling for months, she failed to provide documentation to support her claim she was finally arrested, Wednesday August 10. She confessed she had suffocated each of four (one had been born in 2003) newborn babies who were born alive and stored their tiny corpses in the attic. It was proposed during the April 2011 trial that two of the babies were stillborn despite the woman’s confession that she had smothered them all. In two of the cases Sietske had never bothered to buy any baby provisions. 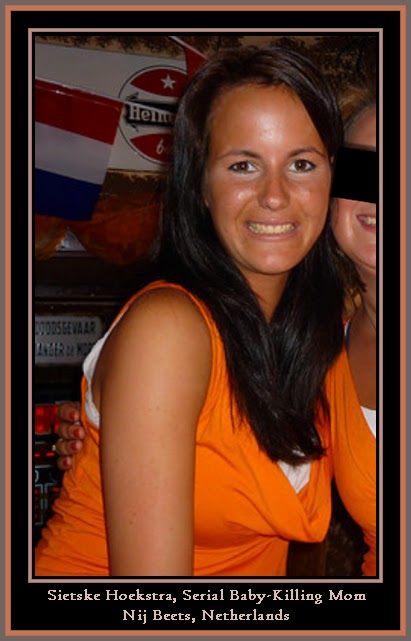 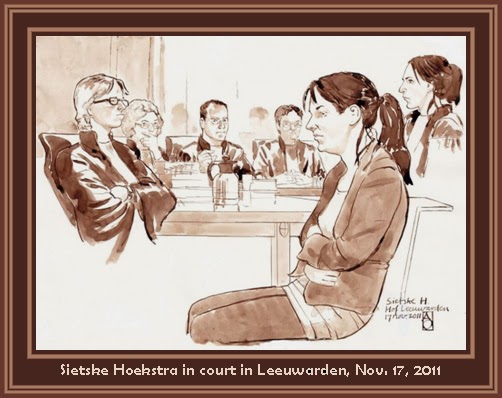