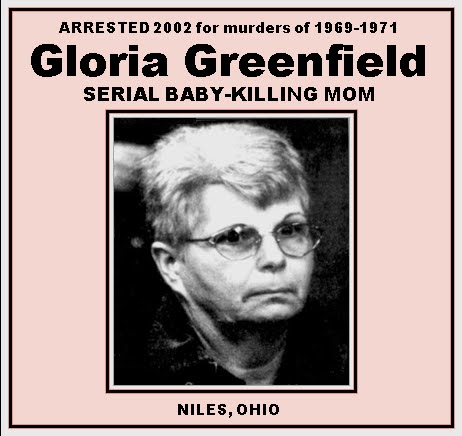 Gloria Greenfield – formerly Gloria Jean Woods – is suspected of murdering four of her own babies, although evidence was only sufficient to try her for two homicides. The only child born to the Woods couple to survive was the child who was given the name of her mother, Gloria.

The original coroner reports stated that all had died of SIDS (Sudden Infant Death Syndrome), a controversial non-diagnosis diagnosis, which in reality translated to “I don’t know what killed the child but I need some sort of label anyway.”

A reexamination of the four deaths resulted in a determination that the originally recorded of cause of death was only justified for one of the deaths, that of Joseph (2 months), who is thought to have died of pneumonia. Another, 28-day old Melissa, was ruled “undetermined. The new cause of death ruling was asphyxia for the other two: Theodore Woods (17 days), on Feb. 8, 1970 and Regina Woods (15 days), who died Mar. 5, 1971.

In 2000 her surviving daughter, Gloria Bennight, became suspicious and ordered death records on her dead siblings. Gloria had herself, when she was an infant, stopped breathing on two occasions – when 44 days and 80 days old – and was rushed to the hospital. Officials noted Bennight’s unusual request and in turn began investigating.

On Febrary 4, 2002, Gloria Greenfield, 53 years old, pleaded not guilty at her arraignment, yet on March 22 changed her plea at a subsequent hearing to guilty in a plea deal allowing the dismissal of one homicide charge: the March 9, 1969 death of Melissa Woods (28 days old). The prosecuting attorney stated the apparent motive was insurance payoffs:  $2,000 to $3,000 for each baby.

Gloria Bennight wept at the hearing and read a statement directed to her mother, saying: “You’re still my mom, I love you with all my heat and soul.”

Greenfield was sentenced to 1-20 years in prison, allowing parole as early as 10 months. 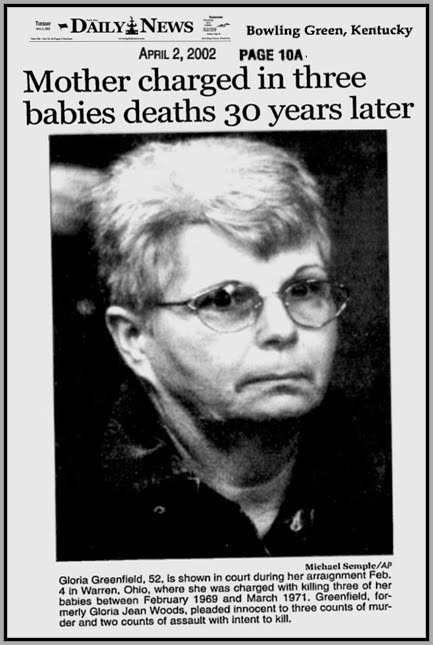 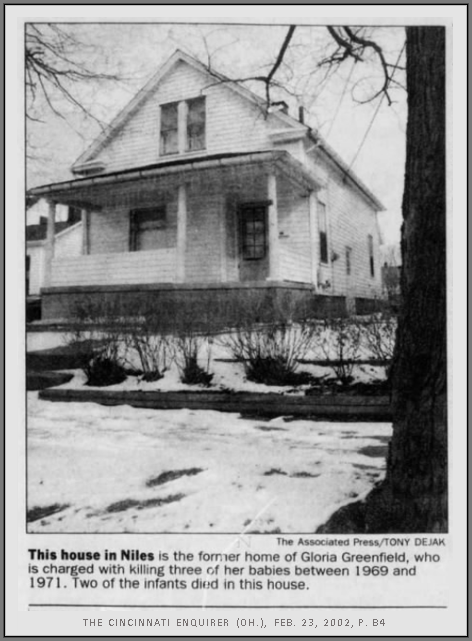 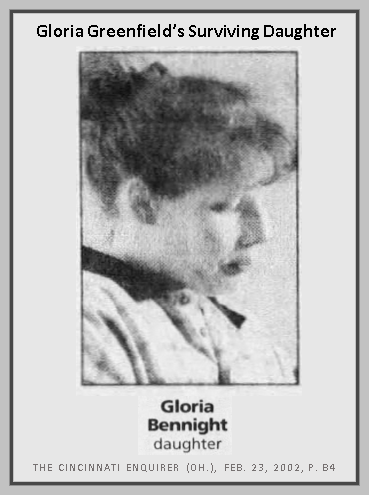