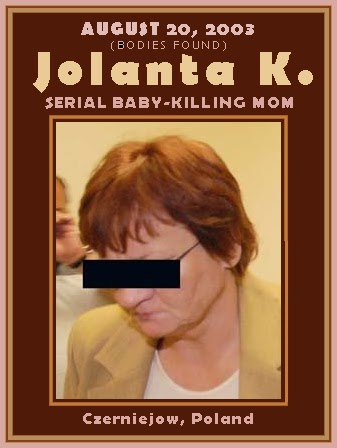 On August 20, 2003 two girls, in the Polish village of Czerniejow, aged twelve and eight, having been prompted by their grandmother to remove a blue plastic pickle barrel that was the source of an unpleasant odor. The sisters took the barrel out to the garden and pried open the top, spilling the contents on the ground. What they discovered was the decaying remains of dead newborns, their own dead siblings. A subsequent search of additional barrels turned up five victims, four female and one male. They were killed between 1992 to 2002.

The girls’ parents, whose full names remain secret, called Jolanta K. and Andrjej, were arrested. On October 8, 2003 Jolanta confessed to three of  the killings but blamed her husband, claiming he pressured her to kill the children. He denied any knowledge of the murders. The trial court found that he was truthful and found that all five of the infants had been born healthy.

On March 2, 2006 the district court in Lublin sentenced Jolanta to 25 years in prison. Her husband Andrzej received an 8 year sentence. 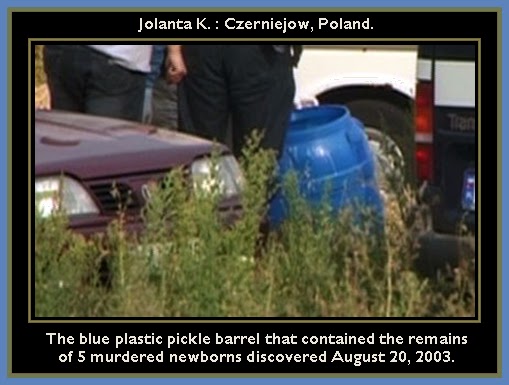 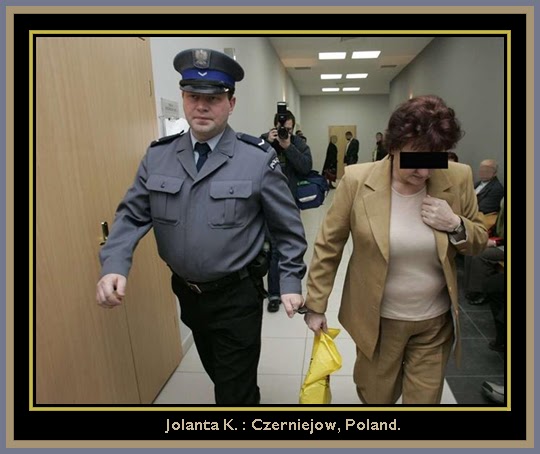