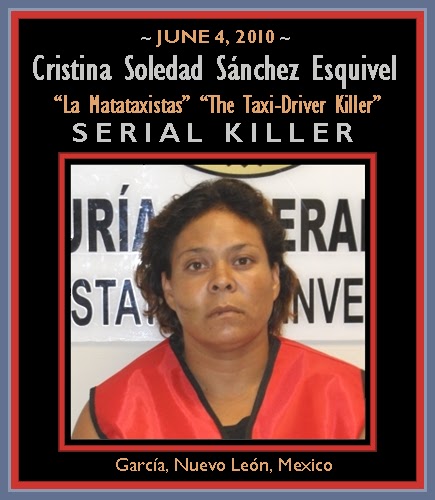 García, Nueva León, Mexico – La Matataxista (The Taxi driver killer”) a 35-year-old mother of five children (ages ranging from 5 to 15) hated men, she said. She felt neglected by men and so she got even. That’s why she led a gang – comprised of men and boys – which murdered and robbed five members of the despised sex  (including one who was her lover). She murdered one woman as well.

Examining psychiatrists described her as antisocial in attitude, emotionally cold, insensitive to pain, as show no remorse and having a marked tendency to sadism. During interviews, she asserted that she was a victim of sexual abuse and claimed he was abused and raped. She worked with several male accomplices but she was the leader.

La Matataxista was captured Jun. 6, 2010 by police in the town of Garcia after she wounded another taxi driver, Manuel Neri Balderas (31), who managed to escape with only a slight knife wound after La Matataxistas tried to slit his throat. It was the policy for Manuel to take only females as fares, a safety measure which did him no good with the likes of man-hater Cristina.

Charged with five charges of murder, violent robbery, criminal conspiracy and violations of laws governing treatment of the dead.

Victims: disappearance of at least 6 people 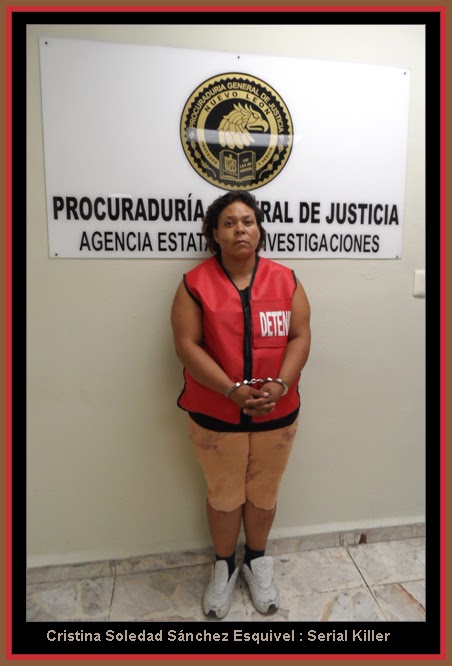