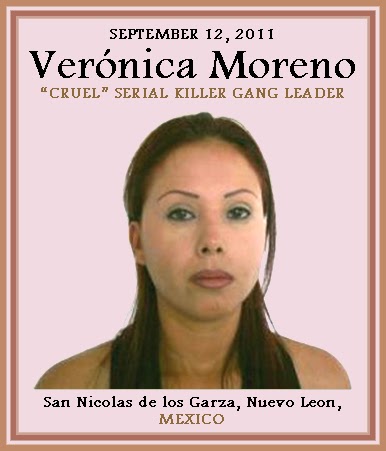 On September 12, 2011, a special unit of the Mexican Navy, Semar, captured Verónica Mireya Moreno Carreon (“La Flaka”), the leader of the Los Zetas cell, the Plaza de San Nicolas de Los Garza, Nuevo Leon. Verónica was selected as leader of the cell, the Semar officials said, because of her “ability to perform various operations and for her cruelty, as her duty was to organize and carry out executions and torture, collect the "rights of flat for extortion" and kidnapping ransoms, and to make drug transfers, among other functions.” She was selected in August by cartel leaders to replace Raul Garcia Rodriguez, “El Sureño” (“The Southerner”) as head of Plaza de San Nicolas de Los Garza.

She was captured in Santa Fe Oriente in a stolen vehicle following a report on the car theft. Arresting officers seized from her a .38 special revolver, one hundred packets of cocaine, 50 doses of “crack,” two packages of marijuana and six portable phones.

Verónica Moreno was previously a police officer (circa 2009) in Nueva León. In that capacity she received awards for distinguished service and was given scholarships for advanced training. 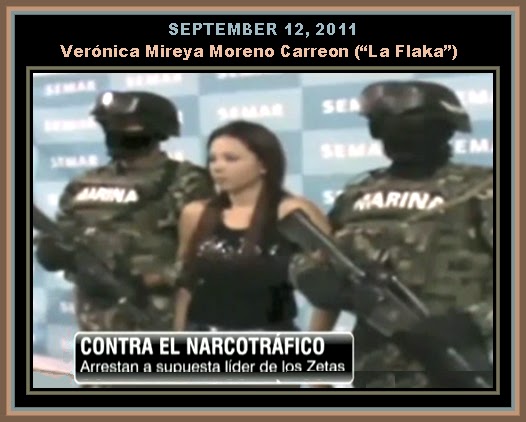 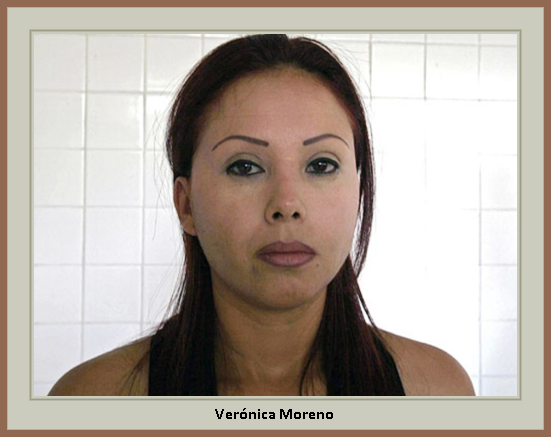 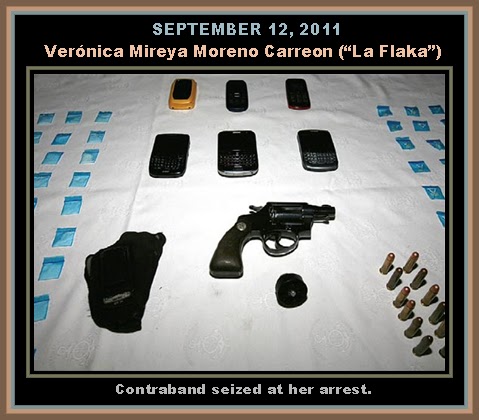