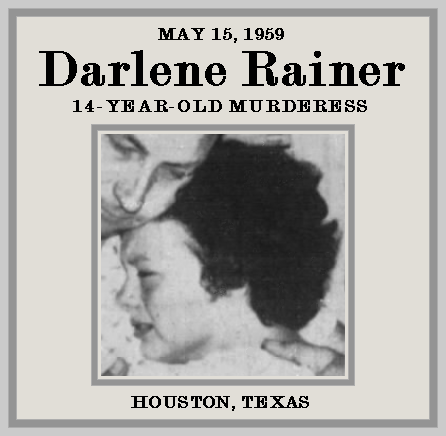 FULL TEXT: Houston, May 16 – Machinist George Rainer wept softly as he talked of his daughter, a pretty choir who took her mother’s life with a shotgun.

“I never had a minute’s trouble with that girl,” he said. “She never talked back or anything.”

Darlene Brainer, 14, sobbed out a story of strict family discipline yesterday which she said led to the shooting of her mother, Mrs. Lena Rainer, 38. The woman was struck by a gunshot blast as she cradled her 11-month-old son, feeding him. The baby, Ronald Wayne, was unhurt.

Officers turned the girl over to juvenile authorities.

Darlene told police her mother promised her a whipping for talking with a Latin American boy friend on the telephone. She said she had never been out with him.

Rainer, 42, said he had ordered Darlene not to go to school “because I wanted to talk to her:

“You know where the gun is . . . go on and get and pull the trigger.” She got her father’s shotgun from a closet, she said, and load it. Her mother rested on a bed nursing her youngest child, her back to Darlene.

“I raised the gun and pointed it at her and pulled the trigger.” The girl said. Police said the mother died instantly.

Policewomen arrived to take her to the station. But first she changed from a flowered blue duster into a white dress with a flouncy blue petticoat which peeked out.

Darlene apologized to the policewomen because her slip showed. It was, she said, an old one.

Darlene Rainer wept as the judge announced his verdict. The girl killed her mother last May 15 after being scolded for a telephone conversation with a boyfriend. 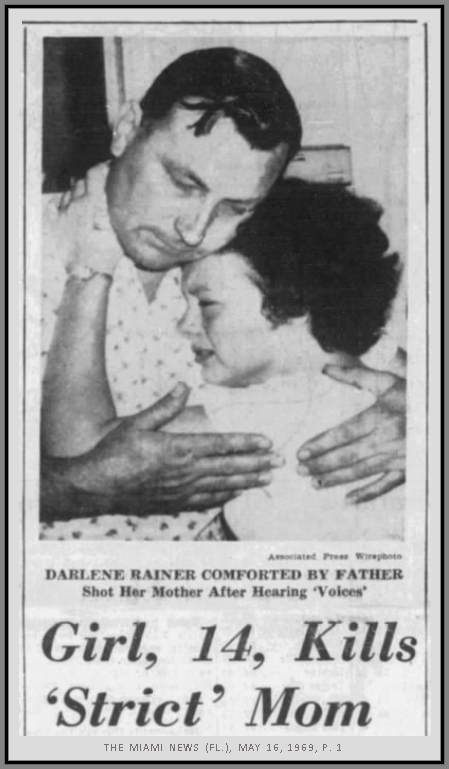 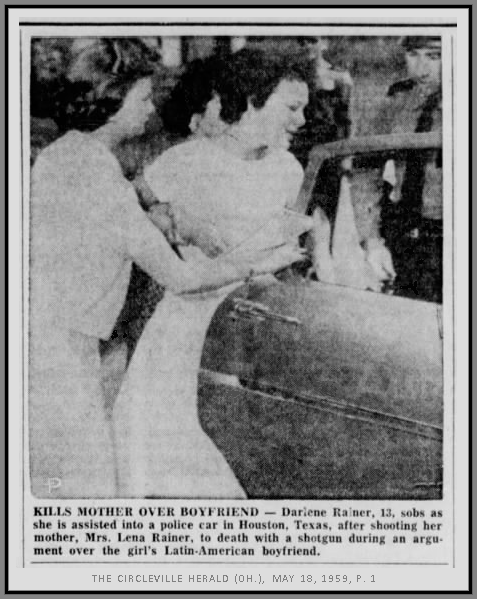 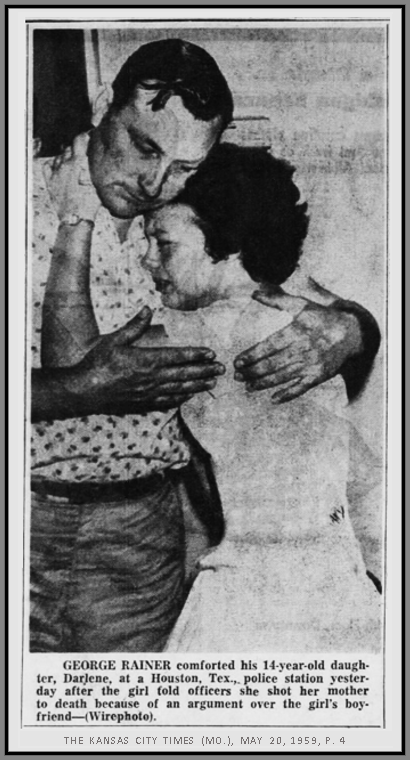