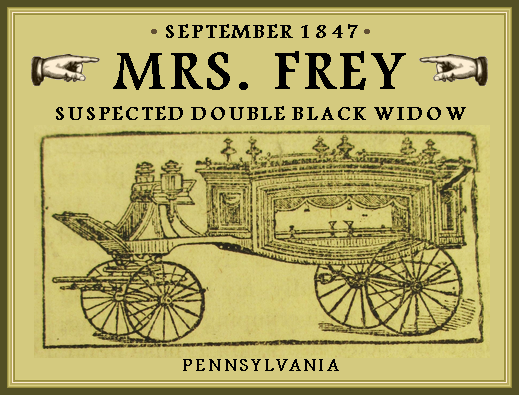 FULL TEXT: We learn from the Cumberland Mountaineer that a foul murder was committed by a woman upon the person of her husband, some few days ago. The woman is the same identical Mrs. Frey, who was accused of being accessory to the murder of a former husband, (Mr. Frey), in the upper part of Allegheny county Md., some two or three years since, and for which S. Crise suffered death upon the gallows. She committed the foul deed while her husband was sleeping, by pouring hot lead in his ears. This last tragedy was performed in Pennsylvania, and near the Maryland line. She is now confined in the jail to await hospital. 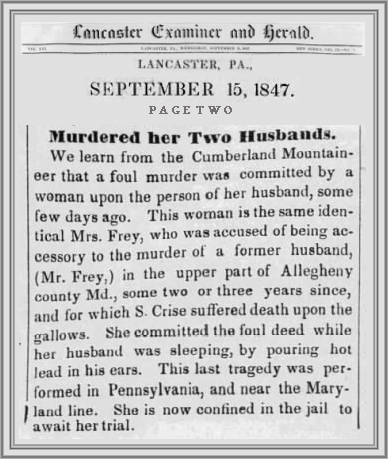