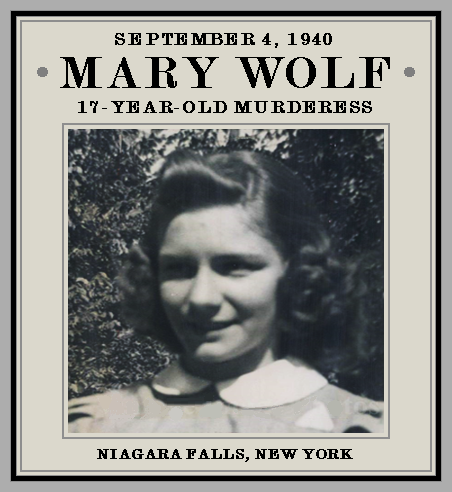 FULL TEXT: Niagara Falls (N.Y.), Set. 5 – Hushed and frightened, her own life now at stake, a comely high school girl today found herself the center of inexorable legal processes as the thrill slayer of her own brother.

It was a weird, almost unbelievable tale police pieced together from the utterances of 17 year old Mary Wolf, the unbelievable prelude related by her 18 year old boy friend, Emmett McNutt – a story that, on a “sudden impulse,” Mary had cooly, with meticulous care, snuffed out the life of her brother, Frederick, aged 9.

The story then, as correlated by police:

Emmett called on Mary at home last night. For a time they conversed quietly on innocuous subjects in the comfortable parlor of the Wolf home. Then, somehow, something happened to Mary – to Mary’s inner consciousness.

To Emmett the girl directed an odd request – that he take a stroll around the block. He returned, after only a few minutes’ absence, to find a physician’s car in front of the Wolf home.

Upstairs, a .22 rifle bullet through his head, Frederick lay dead in his room. Mary, police said, told them that after Emmett left she locked all doors and windows, procured the small rifle from the kitchen, then walked upstairs to her brother’s bedroom.

Her fingers closed, squeezed, on the trigger. The hammer fell harmlessly – a dud. Frederick, unaware, slept on.

But the impulse to kill had not passed. Down the stairs went Mary. Into the kitchen, police said, where she obtained another shell. And then back upstairs.

This shell was no dud. Frederick died in his sleep, a bullet through his forehead. The family physician who pronounced the lad dead said he was called to the house by a telephone call – from Maty.

There is none, there was none, police say.

They, too, are bewildered. All they know is that Mary was an avid reader of detective tales, fascinated by stories of tragedy and sudden death.

Pending further developments, they placed Mary in a cell.

FULL TEXT: Niagara Falls, Sept. 5 – Psychiatrists will delve into the queer workings of the mind of Mary Wolf, 17, high school honors graduate, who shot her 9-year-old brother last night “to see what would happen.” It is suspected that it was Mary who, in January, 1938, when the boy, Frederick, was found, after many hours absence from home, badly bruised and hiding at the edge of Niagara Gorge.

"It is possible that the adolescent girl was under sexual tension and sought this particular way of releasing it," a psychologist said when Mary was arraigned before Police Justice Francis Giles today.

Mary slept well in the cell where she was put last night after calling a doctor and telling her parents that she had just shot Frederick through the head with a .22 caliber rifle. She had sent a boy friend, Emmett McNutt, for a walk, taken his rifle upstairs. placed it close to Frederick's head and pulled the trigger. When the cartridge misfired three times, she went downstairs and got another which killed her brother instantly while he slept.

She laughed and joked with the police matron who took her to court where she said she did it "on a sudden impulse to see what would happen to Frederick and to me."

Her attorney, William Salacuse, obtained a week's adjournment for the girl to be examined by psychiatrists.

Last month Mary disappeared and several days later was located in New Jersey by her father, George, an armorer at the State Armory here. Mary has an older brother and sister.

The psychiatrists must determine whether Mary will stand trial for first degree murder, or spend the remainder of her life in a mental institution.

If she is committed to a state asylum and at a future date regains her sanity, she could be tried on the murder charge.

An intelligent girl, Mary confounded alienists with her unpredictable action. She readily admitted shooting her younger brother. Frederick, with a borrowed .22 rifle as the child slept in their Niagara Falls home, but could give no motive other than "a sudden impulse to see what would happen to Teddy and me."

She seemed unaware of the seriousness of her crime. Held at police headquarters here while awaiting a hearing which never materialized, the young girl slept easily, sang popular songs and chatted with matrons about "the things I am going to do when I get out."

Mary's attitude and unusual happenings in her past life prompted Supreme Court Justice William J. Hickey to sign an application for her commitment to a state institution for observation. She was examined previously by a psychiatrist when found wandering about Niagara Falls streets after being reported missing from home.

The procedure in Mary's case follows new rules adopted last year by the state legislature. Under the new rules, such examinations are made only by state-certified psychiatrists.

At any stage of a criminal procedure a defendant may be committed for examination if the court feels there is reasonable ground to believe the defendant is in a state of idiocy, imbecility or insanity. The code of criminal procedure directs the hospital superintendent to select two qualified psychiatrists from his staff (he may be one) or he may call in any qualified psychiatrist in the state.

The examiners can subpoena witnesses, take testimony under oath and conduct a thorough inquiry into the defendant's past. 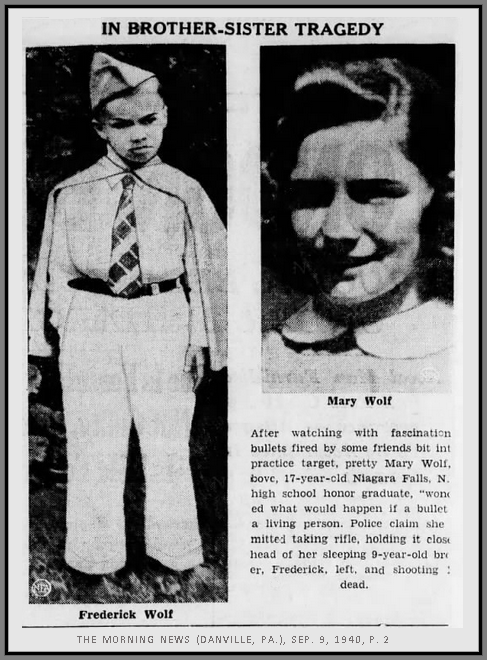 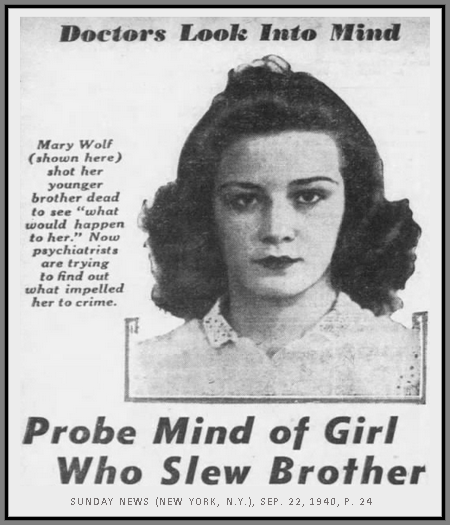 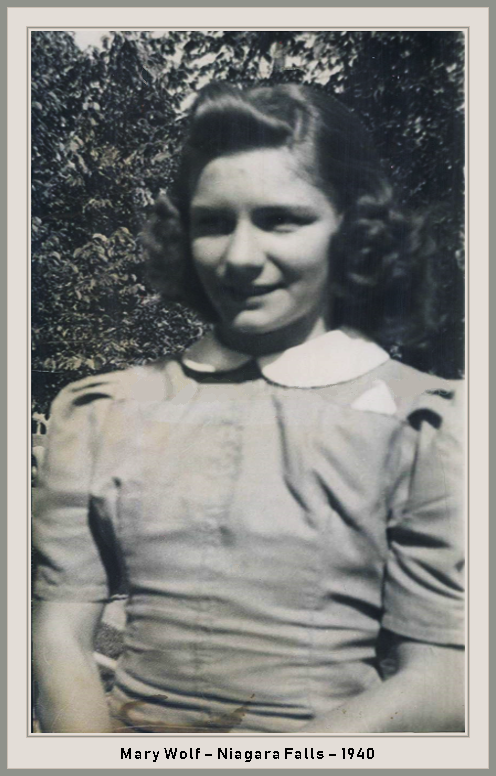 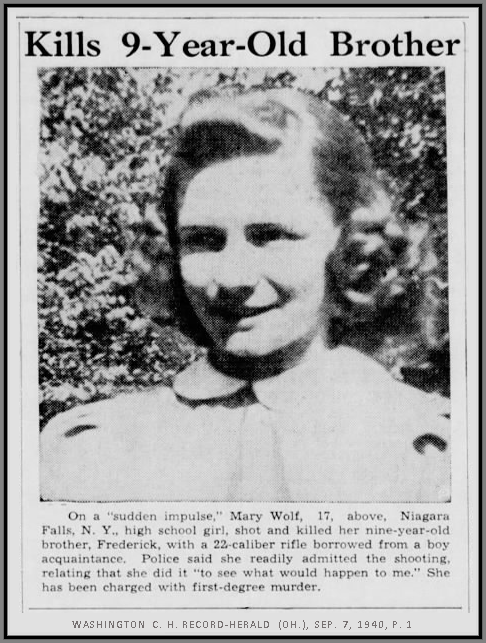