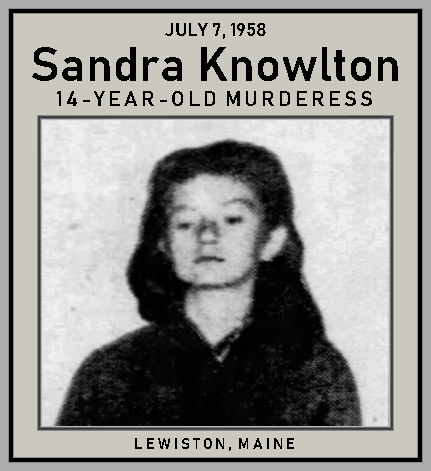 The policeman was felled by a .22-caliber rifle slug between the eyes Monday night when he attempted to coax the slender brunette home after a family argument.

Wearing a red jacket, the girl stared straight ahead as she entered the packed court room. Her sobbing mother, Mrs. Everett Knowlton, held tightly to her waist.

Asked for her plea, she conferred, she conferred briefly with her court-appointed counsel, former County Atty. A. F. Martin, then answered firmly: “Not guilty.”

Police said Sandra had taken the rifle and run away after an argument with her mother about the location of her rented home. The girl wanted to move closer to home.

FULL TEXT: Auburn, Maine, Sept. 23 – Sandra Knowlton, 14, was sentenced today to 5-10 years in prison for the slaying of a Lewiston policeman. She greeted the sentence with a smile and a “thank you.”

The girl was convicted of manslaughter Saturday in the death had fled after a family argument at home.

“Fundamentally, there are other people to blame for the situation you’re in. You’ve got a cross to bear the rest of your life unless you overcome it yourself.”

The girl will be eligible for freedom by the time she is 18. 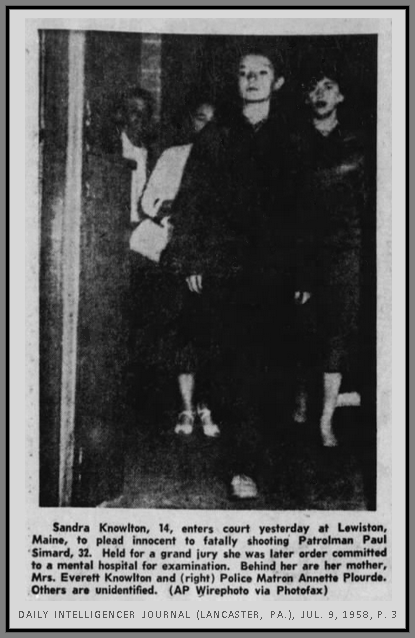 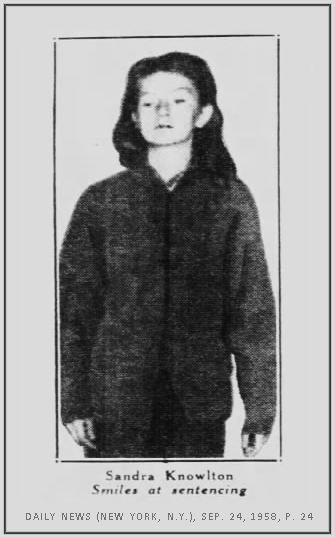